Is It “Science” to Show Cadavers Having Sex? 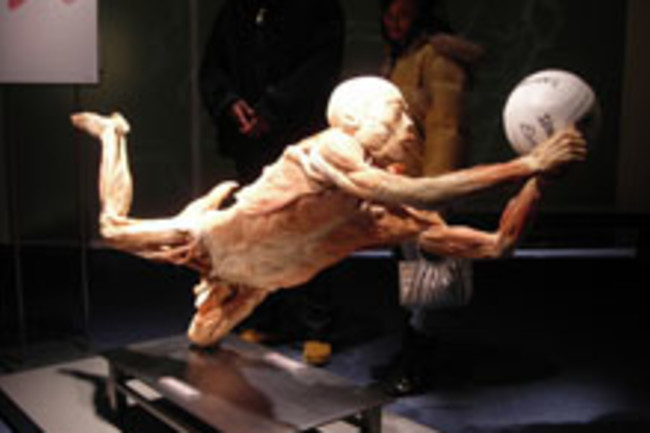 Yes, sex sells. But should it sell science? Anatomist Gunther von Hagens plans on opening a new kind of Body Exhibit, one that is akin to a sex show of dead corpses. The Swiss have already granted him the OK to set up the show in their country, as part of the Body Worlds exhibit. He’s tried to put it on before in Berlin, with a male and female corpse having sex, and met with protests. In response, he claimed that the two subjects had signed consent forms prior to their death, and agreed to have their bodies displayed in a sexual way. Now,

reports he’s ready for a full on show:

Von Hagens and his wife Angelina Whalley show corpses prepared using a technique invented by von Hagens called "plastination," that removes water from specimens and preserves them with silicon rubber or epoxy resin. "It's not my intention to show certain sexual poses. My goal is really to show the anatomy and the function," Body Worlds creative director Whalley told Reuters in an interview, adding the sex exhibition may open next year.

The regular Body World exhibit has racked up 27 million visitors, but constantly is called controversial for their use of corpses and dissection of skin and internal body parts. And while teaching about anatomy is a noble goal, is there really any educational purpose to this sex show? Or is von Hagens just very good at getting free press? Related Content: DISCOVER: Gross Anatomy