Is humanity's genetic diversity on the decline?

/. has a post with the title Humanity's Genetic Diversity on the Decline, drawing from a recent paper which found that the mtDNA haplotype diversity in England was lower than 1,000 years ago. The authors were surprised because of course one presumes England is more cosmopolitan today than in the past, and so there would be more diversity. As a resolution to their finds they suggest that demographic dynamics, such as the Black Death with resulted in the death of 1/2 of the English in 1 generation, as well as selection for mtDNA variants (i.e., a haplotype is linked toward some functional benefit which increases its frequency within the population). One might also note that England has gone through massive population growth, and this has not always been equitable. In other words, the demographic explosion of the last few centuries might have been biased toward particular regions or segments of the English population, and reproductive output might have varied a great deal more than the common poisson assumption. In any case, should we surprised by this decline in diversity over the past 1,000 years? Consider that in the year 1007 the New World was populated by thousands of tribes. Australia and New Zealand were inhabited by Aboriginal and Polynesian populations respectively. The Bantu expansion had only just crested to the southern third of the African continent, and a great many Khoisan groups were likely extant which no longer exist. The point is that history has unfolded so that some populations have "made out" in the last 1,000 years. Consider the situation of the Greeks in 1007, the core ethnicity of the Byzantine Empire which was then basking in a renaissance and waxing as the paramount power of the Eastern Mediterranean, and the Anglo-Saxons, an out of the way people under Viking assault on the fringes of the civilized world. Today in 2007 it seems that by chance and necessity the genes of the Anglo-Saxons have spread out across the world to a far greater extent than those of the Greeks, and in places like Canada and Australia the emergence of large Diaspora Greek communities is due to an Anglo-Saxon cultural dispensation! If an index of diversity is predicated on the number of variants, as well as their proportions, on the latter score the past 1,000 years has likely be a strong homogenizing force. 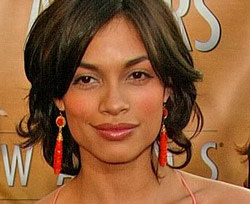 But there is more than one way to look at this. Though I think one can say fairly that diversity has decreased when it comes to evaluating alleles on specific genes, this is somewhat compensated by novel genotypic combinations. To illustrate, the settlement of the southern 3/4 of the New World by Iberian conquerors resulted in massive die offs and lineage extinction. It was likely even greater in terms of proportion of those who died than the Black Death, so any assay of mtDNA lineages would likely show far fewer today than 1,000 years ago. But, the admixed populations exhibit novel genetic combinations which did not exist 1,000 years ago. For example, most mestizo males carry Amerindian mtDNA and Western European Y chromosomal lineages. This is an angle of diversity which is far more common in the modern world than it was 1,000 years ago. There are many pairs of alleles in the population of Latin America which would never have been found within the same genome before the settlement of the New World by Western European males. Though interracial marriages and relationships are only a few percent of the total number of marriages and relationships in the United States, Canada or the United Kingdom, the genetic novelty is still significant in terms of producing totally unexpected combinations which have never before seen the light of day. So we should be careful about bemoaning the extinction of haplotypes. That's been happening since the beginning of time. The rapid asymmetric population growth world wide has likely exacerbated the process to the point where mutation hasn't been able to keep up, but concomitantly there has also been an admixture of previously remote lineages. Our perception of the arrow of the process depends on the weight we put upon these alternative dynamics.