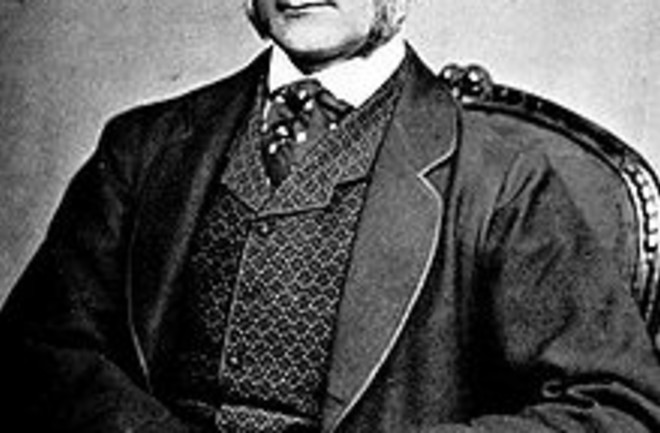 Sir Francis Galton Modern evolutionary genetics owes its origins to a series of intellectual debates around the turn of the 20th century. Much of this is outlined in Will Provines' The Origins of Theoretical Population Genetics, though a biography of Francis Galton will do just as well. In short what happened is that during this period there were conflicts between the heirs of Charles Darwin as to the nature of inheritance (an issue Darwin left muddled from what I can tell). On the one side you had a young coterie around William Bateson, the champion of Gregor Mendel's ideas about discrete and particulate inheritance via the abstraction of genes. Arrayed against them were the acolytes of Charles Darwin's cousin Francis Galton, led by the mathematician Karl Pearson, and the biologist Walter Weldon. This school of "biometricians" focused on continuous characteristics and Darwinian gradualism, and are arguably the forerunners of quantitative genetics. There is some irony in their espousal of a "Galtonian" view, because Galton was himself not without sympathy for a discrete model of inheritance!

William Bateson In the end science and truth won out. Young scholars trained in the biometric tradition repeatedly defected to the Mendelian camp (e.g. Charles Davenport). Eventually, R. A. Fisher, one of the founders of modern statistics and evolutionary biology, merged both traditions in his seminal paper The Correlation between Relatives on the Supposition of Mendelian Inheritance. The intuition for why Mendelism does not undermine classical Darwinian theory is simple (granted, some of the original Mendelians did seem to believe that it was a violation!). Many discrete genes of moderate to small effect upon a trait can produce a continuous distribution via the central limit theorem. In fact classical genetic methods often had difficulty perceiving traits with more than half dozen significant loci as anything but quantitative and continuous (consider pigmentation, which we know through genomic methods to vary across populations mostly due to half a dozen segregating genes or so).

Credit: Richard Wheeler Notice here I have not said a word about DNA. That is because 40 years before the understanding that DNA was the substrate of genetic inheritance scientists had a good grasp of the nature of inheritance through Mendelian processes. The gene is fundamentally an abstract unit, an analytic element subject to manipulation which allows us to intelligibly trace and predict patterns of variation across the generations. It so happens that the gene is instantiated in a material sense through sequences of the biomolecule DNA. This is very important. Because we know the material basis of modern genetics it is a much more fundamental science than economics (economics remains mired in its "biometric age!"). The "post-genomic era" is predicated on industrial scale analysis of the material basis of genetics in the form of DNA sequence and structure. But we shouldn't confuse DNA, concrete bases, with classical Mendelism. A focus on the material and concrete is not limited to genetics.In the mid-2000s there was a fad for cognitive neuroscience fMRI studies, which were perceived to be more scientific and convincing than classical cognitive scientific understandings of "how the mind works." In the wake of the recession of fMRI "science" due to serious methodological problems we're left to fall back on less sexy psychological abstractions, which may not be as simply reduced to material comprehension, but which have the redeeming quality of being informative nonetheless. This brings me to the recent paper on SNPs associated with education in a massive cohort, GWAS of 126,559 Individuals Identifies Genetic Variants Associated with Educational Attainment. You should also read the accompanying FAQ. The bottom line is that the authors have convincingly identified three SNPs to explain 0.02% of the variation in educational attainment across their massive data set. Pooling all of the SNPs with some association they get ~2% of the variation explained. This is not particularly surprising. A few years back one of the authors on this paper wrote Most Reported Genetic Associations with General Intelligence Are Probably False Positives. Those with longer memories in human genetics warned me of this issue in the early 2000s. More statistically savvy friends began to warn me in 2007. At that point I began to caution people who assumed that genomics would reveal the variants which are responsible for normal variation on intelligence, because it seemed likely that we might have to wait a lot longer than I had anticipated. As suggested in the paper above previous work strongly implied that the genetic architecture of intelligence is one where the variation on the trait in the normal range is controlled by innumerable alleles of small effect segregating in the population. Otherwise classical genetic techniques may have been able to detect the number of loci with more surety. If you read Genetics of Human Populations you will note that using classical crossing techniques and pedigrees geneticists did in fact converge upon approximately the right number of loci segregating to explain the variation between European and African pigmentation 60 years ago! Some of my friends have been arguing that the small effect sizes here validate the position that intelligence variation is mostly a function of environment. This is a complicated issue, and first I want to constrain the discussion to developed Western nations. It is an ironic aspect that arguably intelligence is most heritable among the most privileged. By heritable I mean the component of variation of the trait controlled by genes. When you remove environmental variation (i.e. deprivation) you are left with genetic variation. Within families there is a great deal of I.Q. difference across siblings. The correlation is about 0.5. Not bad, but not that high. Of course some of you may think that I'm going to talk about twin studies now. Not at all! Though contrary to what science journalists who seem to enjoy engaging in malpractice like Brian Palmer of Slate seem to think classical techniques have been to a great extent validated by genomics, it is by looking at unrelated individuals that some of the most persuasive evidence for the heritability of intelligence has been established. It is no coincidence that one of the major authors of the above study also is an author on the previous link.

There is no contradiction in acknowledging difficulties of assessing the concrete material loci of a trait's variation even if one can confidently infer that association.

There was genetics before DNA. And there is heritability even without specific SNPs. Additionally, I want to add one caveat into the "environmental" component of variation. For technical reasons this environmental component may actually include relatively fixed biological variables. Gene-gene interactions, or developmental stochasticity come to mind. Though these are difficult or impossible to predict from parent to offspring correlations they are not as simple as removing lead from the environment of deprived children. My own suspicion is that the large variation in intelligence across full siblings tell us a lot about the difficult to control and channel nature of "environmental" variation. Finally, I want to point out that even small effect loci are not trivial. The authors mention this in their FAQ, but I want to be more clear, Small genetic effects do not preclude drug development:

Consider a trait like, say, cholesterol levels. Massive genome-wide association studies have been performed on this trait, identifying a large number of loci of small effect. One of these loci is HMGCR, coding for HMG-CoA reductase, an important molecule in cholesterol synthesis. The allele identified increases cholesterol levels by 0.1 standard deviations, meaning a genetic test would have essentially no ability to predict cholesterol levels. By the logic of the Newsweek piece, any drug targeted at HMGCR would have no chance of becoming a blockbuster. Any doctor knows where I’m going with this: one of the best-selling groups of drugs in the world currently are statins, which inhibit the activity of (the gene product of) HMGCR. Of course, statins have already been invented, so this is something of a cherry-picked example, but my guess is that there are tens of additional examples like this waiting to be discovered in the wealth of genome-wide association study data. Figuring out which GWAS hits are promising drug targets will take time, effort, and a good deal of luck; in my opinion, this is the major lesson from Decode (which is not all that surprising a lesson)–drug development is really hard

Addendum: Most of my friends, who have undergraduate backgrounds in biology, and have taken at some quantitative genetics, seem to guess the heritability of I.Q. to be 0.0 to 0.20. This is just way too low. But is it even important to know this? I happen to think an accurate picture of genetic inheritance is probably useful when assessing prospects of mates.... Citation: Rietveld, Cornelius A., et al. "GWAS of 126,559 Individuals Identifies Genetic Variants Associated with Educational Attainment." Science (New York, NY) (2013).