Inbred oddballs help decode everything from cancer to obesity. 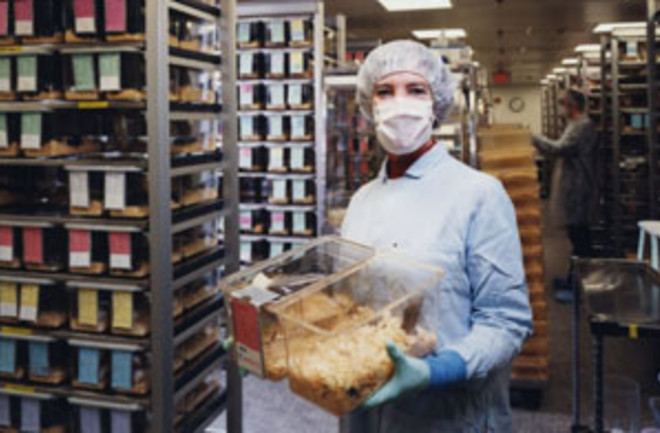 The town of Bar Harbor, just off the rockbound coast of Maine, is home to spectacular granite cliffs, herds of barking seals, and about 5,000 human residents who live there year-round. Like the rest of us, some of these humble citizens will enjoy long, happy lives, and some will die all too young. According to national statistics, about 1,400 of them will die of heart disease, and 1,100 will die of assorted cancers. Others will struggle with chronic, debilitating diseases. About 1,600 of them are obese. Some 500 suffer from diabetes, and another 150 have osteoporosis. Environment and behavior have their roles, of course, but the different fates of people in Bar Harbor have a lot to do with the different kinds of genes they carry.

In this era of the human genome map, it would seem a simple matter to pinpoint the bit of DNA responsible for each disease and use that knowledge to find a cure. That is indeed what most genetic researchers are doing. After all, Gregor Mendel discovered the laws of genetics simply by crossing pea plants in his garden. But there is a catch. The difference between a wrinkled pea and a smooth one depends on a single gene. Underlying the most common human diseases, however, are entire networks of genes. Some of those networks contain dozens of genes; others contain hundreds. Trying to understand a disease from a single gene is usually like trying to understand an entire magazine article from a single word.

Uncovering the many genes in a network has proved to be maddeningly difficult, and humans are a terrible place to look for them. We each have our own unique combination of genes, and when we have children, we combine two sets of genes into still more combinations. The ideal way to identify a gene network in humans would require an impossible experiment: Take two families, each with dozens of identical twins, and have the families interbreed, combining the same sets of genes together over and over again. Once the children grow up, see who gets sick with a particular disease and who does not. Look at which genes they inherited from their parents. Then find more families with dozens of identical twins, and run the experiment again and again.

No one can actually do this experiment, of course. But something remarkably close to it is taking place in Bar Harbor—on the outskirts of town, to be precise, near the foot of Dorr Mountain, within a sprawling brick compound known as the Jackson Laboratory. When I enter the lab’s front door, the receptionist halts me with a single question: “Have you handled a mouse or any other rodent in the past five days?” I haven’t, so I am allowed into the lab’s remarkable inner sanctum—the Phenome Room, a small windowless space the size of a studio apartment. To enter, I must don paper boots and a lab coat, a surgical mask, and a cap. I step in and I am surrounded, floor to ceiling, with racks of clear plastic boxes containing, collectively, 5,000 mice.

Like the similar-size human population in the surrounding town, each mouse has its own lifestyle and behavior, whether learned or inherited. In one box, the mice are asleep in tight balls. In another, they are grooming one another. In another, they are wrestling. Likewise, each has a distinct genetic profile that results in physical characteristics. Some mice are chunky and some are slim; some are chocolate-colored; others butterscotch or cream. Some have weak bones and others have strong ones. Some live to a ripe old age of three years, and some die within months. They seem like a pretty ordinary collection of rodents, but their DNA is quite special. The animals belong to 40 strains, each of which has been inbred for so long that its mice have identical genes.

“The diversity across these 40 mouse strains is as great as or greater than that of the entire human population,” Jackson geneticist Kenneth Paigen tells me, but within each individual strain the DNA is incredibly uniform. This little community of genetically distilled mice is exactly what is needed to crack the mystery of hereditary disease.

Phenome is a twist on genome. The genome is the entire collection of genes in an organism. The phenome is the entire collection of traits those genes give rise to. Scientists who work in the Phenome Room chronicle each mouse’s life in excruciating detail. They X-ray the mice to track their growth of muscle and fat. They slip the tails of the mice into miniature cuffs to measure their blood pressure. They put the mice on treadmills to film their gait. They record how the mice sleep and how much they eat. They draw blood to measure the levels of dozens of compounds.

The Jackson Laboratory mouse population is the largest collection of its kind in the world. It takes time to create so many inbred lines, and workers at Jackson have been doing it longer than just about anyone else, since the lab’s founding in 1929. What is true for the mouse, they are finding, is often true for people too. Humans and mice share 99 percent of their genes, and the two species form genetic networks that are remarkably similar. By going gene hunting in the Phenome Room, Jackson Laboratory scientists hope to steer their colleagues away from the search for single genes in favor of hunting for gene networks. If it works, that could spark a true revolution in the understanding and treatment of heart disease, cancer, and other major DNA-mediated killers.