In a First, Newborn Mice Regenerate Their Damaged Hearts 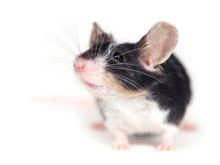 Even with 15 percent of their hearts removed, newborn mice possess the extraordinary ability to mend themselves, researchers report today in the journal Science. It's the first time that mammals outside of the womb have shown the regenerative ability to repair the heart. Only newborn mice could regenerate part of their hearts, and they lost this ability after about a week after birth. Still, the results were quite impressive: Olson's team removed 15 percent of the heart one day after birth, and when the researchers checked up three weeks later, the whole heart was repaired in 99 percent of the mice. Until now, scientists had seen fish and amphibians regenerate heart tissue as adults, but only embryonic mammals had been spotted doing the same.

"When a person has a heart attack and heart muscle cells are lost, the heart loses pump function, causing heart failure and eventual death," said Eric Olson, a molecular biologist at Southwestern Medical Centre in Dallas, Texas. "Now that we know that the mammalian heart indeed possesses the potential to regenerate, at least early in life, we can begin to search for drugs or genes or other things that might reawaken this potential in the adult heart of mice and eventually of humans." [The Guardian]

First they have to understand what the newborn rodent's bodies are up to. Initially, Olson and colleagues weren't sure how the mice

were mending themselves—with stem cells, or cells that had already become muscle cells. But the appearance of the cells gave them away, says Dr. Stephen Badylak, who wasn't involved in the study.

"A majority of the cells that contributed to regeneration were existing heart cells, not stem cells. That's huge," said Badylak. "That suggests that cells have been pulled out of the cell site. They've differentiated, [then] divide and form new cells." "Now the question is maybe we can control this ability to regenerate at a site of interest," he added. "If that's possible, then the therapeutic potential is huge." [HealthDay News]

What about the human heart? The first major step was this one, showing that a mammal's heart could regenerate after birth. The next steps are to learn more about the process, and find out whether it is something that could lie dormant in humans.

Related Content: DISCOVER: How To Grow a New Limb

80beats: Sodium Spurs a Tadpole to Regenerate Its Tail

80beats: From Connective-Tissue Cells to Heart Cells With No Stops In Between