G'day. As of yesterday, my month-long jaunt to Australia was officially over, which means that your friendly neighbourhood science blog will continue its regular service, with new posts starting tomorrow.

The holiday was amazing - we managed to pack in some time in Sydney and Melbourne, a sailing trip round the Whitsundays, visits to Kakadu National Park, King's Canyon and Uluru, a drive down the Great Ocean Road and even a wedding. We travelled through rainforest, coral reef, desert and wetlands and along the way, managed to avoid the many ways of being crushed or poisoned (see amusing sign on the right) including a trip on Qantas, an airline whose planes seem to have a slight engineering fault where they occasionally drop out of the sky.

We were incredibly lucky with wildlife-spotting and saw a great many cool species that I've never seen before, from the ubiquitous roos and cockatoos to the more elusive echidnas and thorny devils. If I'm feeling geeky enough, I may post a full list... In the meantime, I'll be sharing photos of the species I managed to capture on film on a roughly weekly basis.

For the moment, three shots on the subject of eating:

Animals eating out of my hand 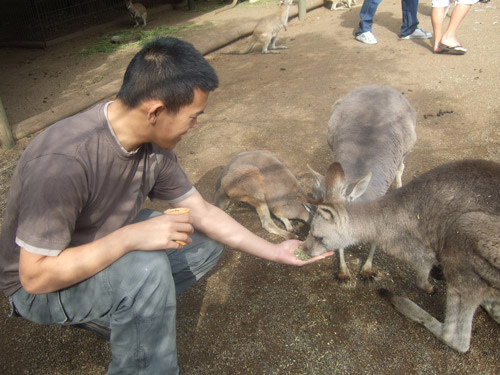 Animals being eaten by me: (from top-left in a clockwise direction) camel (in a pie; tastes like beef), emu (smoked; tastes like duck), kangaroo (tastes like game) and barramundi (tastes surprisingly meaty for a white fish). Not in the picture is crocodile sausage, which tastes of nothing. 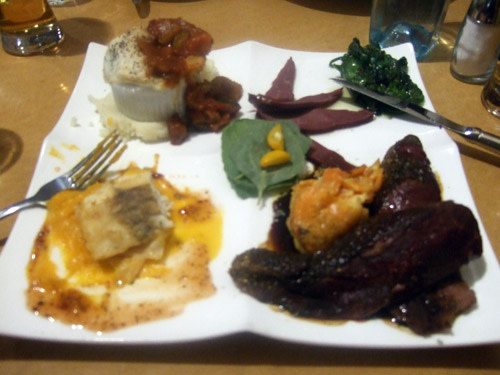 Animals eating me - we stayed for one night at a horrible little motel on our two-day trip to King's Canyon and Uluru, which apparently was more than enough to be bitten by bedbugs about 250 times. Admittedly, there are worse things that bedbugs can do, but giving you a 7-day, 24-hour itch isn't fun either. Little &£%&ers; I can only hope my blood tasted bitter and resentful. 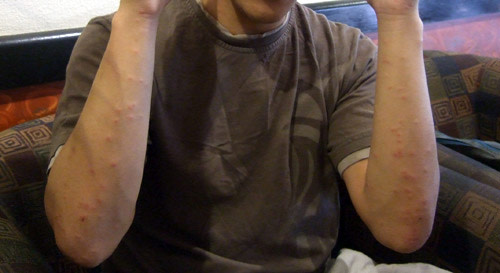