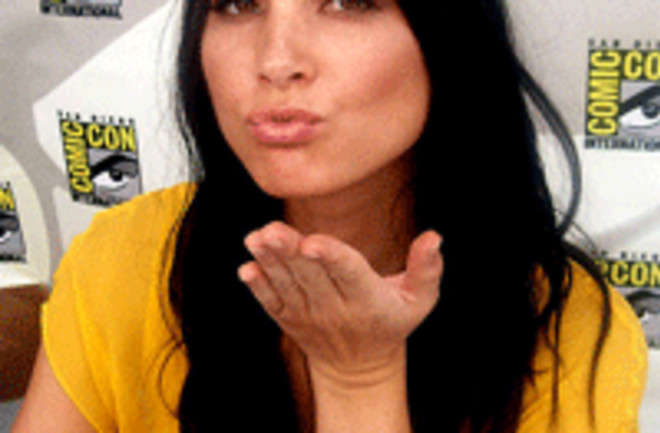 One of the major issues which has loomed at the heart of biology since The Origin of Species is why species exist, as well as how species come about. Why isn't there a perfect replicator which performs all the conversion of energy and matter into biomass on this planet? If there is a God the tree of life almost seems to be a testament to his riotous aesthetic sense, with numerous branches which lead to convergences, and a inordinate fascination with variants on the basic morph of beetles. From the outside the outcomes of evolutionary biology look a patent mess, a sprawling expanse of experiments and misfires. A similar issue has vexed biologists in relation to sex. Why is it that the vast majority of complex organisms take upon themselves the costs of sex? The existence of a non-offspring bearing form within a species reduces the potential natural increase by a factor of two before the game has even begun. Not only that, but the existence of two sexes who must seek each other out expends crucial energy in a Malthusian world (selfing hermaphrodites obviously don't have this problem, but for highly complex organisms they aren't so common). Why bother? (I mean in an ultimate, not proximate, sense) It seems likely that part of the answer to both these questions on the grande scale is that the perfect is the enemy of long term survival. Sexual reproduction confers upon a lineage a genetic variability which may reduce fitness by shifting populations away from the adaptive peak in the short term, but the fitness landscape itself is a constant bubbling flux, and perfectly engineered asexual lineages may all too often fall off the cliff of what was once their mountain top. The only inevitability seems to be that the times change. Similarly, the natural history of life on earth tells us that all greatness comes to an end, and extinction is the lot of life. The universe is an unpredictable place and the mighty invariably fall, as the branches of life's tree are always pruned by the gardeners red in tooth and claw.

But it is one thing to describe reality in broad verbal brushes. How about a more rigorous empirical and theoretical understanding of how organisms and the genetic material through which they gain immortality play out in the universe? A new paper which uses plant models explores the costs and benefits of admixture between lineages, and how those two dynamics operate in a heterogeneous and homogeneous world. Population admixture, biological invasions and the balance between local adaptation and inbreeding depression:

First, plants are good models to explore evolutionary genetics. They're not as constrained as say mammals, or the typical tetrapod, when it comes to barriers to gene flow between distinct taxa. Hybridization is common, and plants can also self-fertilize as well as cross-fertilize, allowing researchers to push the genetic pool in different directions ("selfing" obviously reduces the effective population and is an extreme form of inbreeding, so it's a good way to purge genetic variation really quickly). In a perfect abstract world of evolution one might imagine Richard Dawkins' vehicles and replicators as fluid entities which float along a turbid sea of evolutionary genetic parameters, drift, migration, mutation and selection. But reality is constrained to DNA substrate, which have their own parameters such as recombination, modulators such as epigenetics, and numerous ways to express variation through gene regulation. It's complicated, and stripping the issues down to their pith is easier said that done. But the broader dynamics here being examined is the generalist-specialist trade-off, which I think is relevant to the two issues I introduced earlier in this post. Specialists are optimized for their own position in the adaptive landscape, but have difficulties when it is perturbed. Generalists always less than maximum fitness in all landscapes, but higher average fitness across them because they can adapt to changes. Specialization is local adaptation of particular lineages, while in the generalist case you can have invasive species in novel environments. They're obviously facing an adaptive landscape which is at some remove from what any of the introduced genotypes were "optimized" for, so hybridization produces something new for something new. In the first figure of the paper you see F3 wild barley descended from two parental lineages, ME and AQ. The left panels show seed output as a function of heterozygosity, and the right panels as a function of ME genome content. Remember that in subsequent generations the descendants of hybrids will vary quite a big in genetics and phenotype as the original alleles re-segregate.

The takeaway is that in novel environments genetic variation seems to result in increased fitness. Why? One concept which one has to introduce is heterosis, whereby crosses between homogeneous lineages produce more fitness offspring. One reason this may be is that there is overdominance, where heterozygotes have greater fitness than the homogyzotes. This is the case with sickle-cell malaria disease. Another reason may be that in the original parental lineages there was a higher fraction of alleles which were deleterious in homozygote genotypes. In plain English, inbreeding resulted in genetic drift which cranked up the proportion of alleles implicated in recessively express negative phenotypes. The authors argue though that in the context local adaptation is strong enough to be a barrier against too much gene flow between the parental wild barely lineages, so the deleterious alleles are less likely to be masked. Only in a novel environment when that benefit was removed from the equation could the negative consequences of inbreeding come to the fore in the total calculus. Figure 2 shows the results of experiments which examine the fitness of white campion, a European species which has been introduced in North America. In the left panel are crosses between native European lineages, with distance between parental lineages on the x-axis. In the right panel you have the same experiment, but with North American variants, which are products of introductions from various regions of Europe. The plants were grown in a "common garden," to show how all the genotypes performed when environment was controlled.

As you can see moderate levels of hybridization entailed a benefit in the European variants, but not the North American variants. Hybridization between variants which were too distant did produce outbreeding depression in the European case, suggesting perhaps that disruption of co-adapted gene complexes resulted in a greater fitness cost than the masking of deleterious alleles due to inbreeding. One can make the inference from these data that the introduced white campion lineages are already hybridized, the barriers to crossing being removed by a disruption of the adaptive landscapes which each native lineages was optimized for. Here are the authors from the discussion talking about invasions of exotic species:

Provided that multiple introductions from different source populations have occurred, the benefits of admixture become freely available to introduced populations that do not yet show a pattern of local adaptation. Because the benefits are potentially large, admixture may play an important role during early invasions. Native populations often show evidence of inbreeding depression...and one instant reward of admixture in the introduced range is the release of this genetic burden. Such heterosis effects can contribute significantly to the establishment and early success of invasive species...When tested together in a common garden experiment, invaders can show enhanced fitness-related traits compared with populations from their native range...If there is evidence of admixture, the effects of heterosis might be a default explanation for such observations, perhaps providing a null expectation against which other explanations (such as trait evolution) need to be tested.

What have plants to do with life as a whole? I assume much. Plants differ in the details, but compared to other complex multicellular organisms in regards to evolutionary genetics they're quite liberated. By this, I mean that their modes of reproduction and promiscuity in hybridization make them more of an ideal "frictionless" test case of evolutionary biology and the power of the classical parameters. Perhaps given enough time natural selection would produce the ideal replicator to rule them all, to drive all others to extinction. But that day is not this day. And that day may never come because the universe is far too protean and erratic. Life is varied, on the phenotypic and genotypic level, and the exogenous processes of climate and geology continue to warp and reshape the adaptive landscape. And more subtly, but just as critically, life is always in an endless race with itself, as pathogens co-evolve with their hosts, and predators figure out how to outfox their prey. Life warps its own adaptive landscapes, and the innovation of one branch may lead to extinction of others as well as the proliferation of new branches. More prosaically and anthropocentrically what does this say about us? Humans are an expansive species, and over the past 500 years different lineages have been hybridizing promiscuously. New genotypes have arisen in altered landscapes, and our pathogens are also riding the high tide of globalization onward and upward. We are ourselves a "natural experiment." Image Credit: Olivia Munn by Gage Skidmore Link hat tip: Dienekes. Citation: