Humans May Not Be Able to Live Past 125 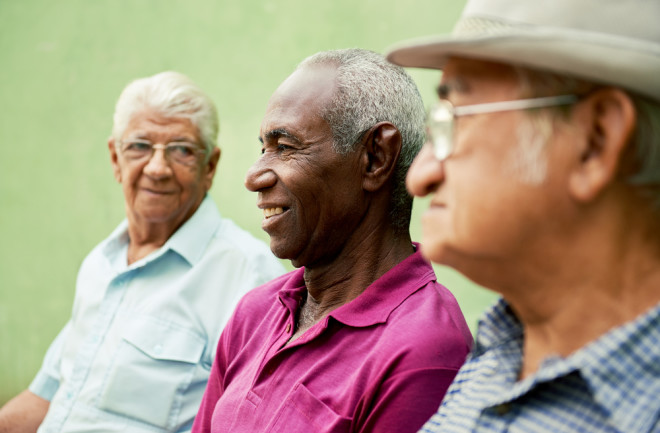 (Credit: Diego Cervo/Shutterstock) After decades of increasing human lifespans, the limits of longevity may have been reached. Researchers from the Albert Einstein College of Medicine published a paper Wednesday in Nature gathering demographic data on the human lifespan from around the world to see whether humans will continue to live longer lives. They concluded that, while we have made significant strides in pushing the boundaries of mortality ever upward, biological realities that limit human longevity. Based on the data, the researchers estimate that the maximum lifespan for humans is 125 years. Trends Reaching a Plateau Ever since the dawn of the 20th century, when the researchers’ data set begins, humans have been living longer. Improvements in healthcare, technology, infant mortality and environmental safety have added years to lifespans by controlling for factors like disease and disaster. These trends are reflected by a steady increase in both the average lifespan and the maximum reported age at death. But as the 1900s came to a close, both of these trends began to slow down. The oldest known person, Jeanne Calment, died in 1997 at the age of 122. Since then, no one has come within five years of her. Similarly, average life expectancy seems to be plateauing at around 85. The researchers also looked at another telling statistic on the age group that has experienced the most rapid gains in life expectancy over the years. For decades, life expectancy for people in their 80s and 90s has pushed upward, but has now reached a stalling point at about 100. This means that we got better at helping octo- and nonagenarians live a little longer, but when it came to people past the century mark, we have so far been unable to aid them. By carrying forward the current rates of change in how long we live, the researchers estimate that we are close to reaching a stalling point in terms of life expectancy. Not Evolved for Longevity The reason for this may be quite simple: evolution does not favor the individual. There is no immediate advantage to a species if its members extend their lives significantly beyond the period when they can reproduce. Simply put, our bodies aren't made to live longer than about 125 years. There is no self-destruct button in our bodies, the researchers say, but the limit likely stems from the inevitable wear that biological processes exert on our bodies. Our cells are in a constant cycle of death and regeneration. When cells die after a few days or weeks, they get replaced by fresh cells. But the blueprint responsible for creating new life within our bodies, our DNA, is far from immortal. Over time, mutations slip in, gradually weakening the integrity of the code. Our telomeres, the sturdy caps that protect the ends of our chromosomes like aglets on shoelaces, shorten and leave chromosomes behind them vulnerable. The result is wrinkling skin, weakening bones and failing organs — or getting old. The researchers’ data highlights an issue that has been brewing for some time in the field of medicine. We have gotten good at treating diseases caused by bacteria, viruses and genetic aberrations, but the process of aging is much different. Only in the past few decades have we begun to make progress in understanding what causes aging. Researchers uncovered the connection between telomeres and aging in the early 1990s, and ongoing research is focusing on other processes in our genome like methylation, which controls how chemical groups are added to human DNA. Improvements in this area of research could conceivably extend lifespans beyond 125 years. But to do so would entail a shift in focus from treating mostly external problems that afflict us throughout our lives to tinkering with the fundamental processes that sustain us — and also gradually kill us.