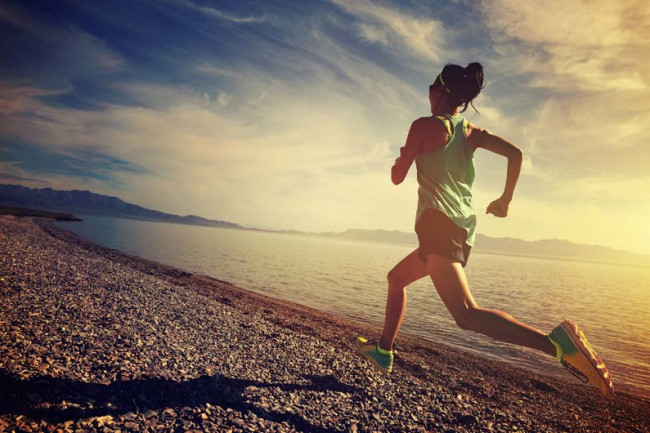 (Inside Science) — Millions of years ago, after the ancestors of humans diverged from the last link they shared with chimpanzees, they began developing the numerous adaptations that made endurance one of the defining traits of our species. By about 2 million years ago, the genus Homo had emerged and the process really took off. Today, humans can run for miles or walk all day thanks to those changes. In new research, scientists have shown just how substantially evolution has changed one crucial organ: the heart.

“We now understand the evolutionary trajectory of the heart,” said Aaron Baggish, who leads the Cardiovascular Performance Program at Harvard University in Cambridge, Massachusetts. “And we now understand how that helps us to place common contemporary diseases into perspective.”

Our Heart’s In It

Baggish, along with a team of co-authors that includes Daniel Lieberman, a human evolutionary biologist at Harvard, and Robert Shave, a cardiovascular physiologist at the University of British Columbia Okanagan, compared the shape and activity of the hearts of chimpanzees, gorillas and and four groups of adult humans: endurance athletes, football linemen, subsistence farmers and relatively inactive individuals. They published the results this week in the journal PNAS.

Gorillas and chimpanzees tend to spend a lot of time sleeping or being relatively inactive, but are incredibly strong and powerful, especially in short bursts. With chimpanzees, said Shave, “it’s very quiet and calm, and then you have high bursts of very, very intense physical activity. We think that probably results in spikes in blood pressure.”

Ape hearts are well suited to this kind of activity, with thick walls and a rounded shape. They respond well to the kinds of abrupt changes in blood pressure demanded by activities like quickly climbing trees or fighting. The team developed their insights by comparing the structure and function of more than 40 chimpanzees living in sanctuaries.

“We had never had good functional data on chimpanzee hearts before, ever,” said Lieberman.

Human hearts are significantly different from ape hearts. The left ventricle pumps oxygen-rich blood around the body, and in humans it is more elongated and simply larger than it is in chimpanzees.

“The big advance here is the first real rigorous study of heart function in apes and humans in a comparative way,” said Herman Pontzer, an evolutionary physiologist at Duke University in Durham, North Carolina, who did not participate in the research. “Beneath the surface, we’re actually quite different.”

The researchers also studied four groups of people with different exercise and activity patterns. One group was composed of 42 people from the Tarahumara, a group of indigenous people from Mexico who are known for their distance running events, although Shave said the vast majority of the time they are not doing high intensity exercise. The ventricles in their hearts did not have as large a volume as the researchers found in the 42 endurance athletes the group studied. The team also studied 40 people who played the position of lineman in American football, and a group of 42 relatively sedentary people.

There’s one additional significant difference between the hearts of humans and apes. When human hearts pump, they also rotate. This twist helps push more blood out each time it beats, and also draw more blood in for the next time it pumps.

“It’s something new that came in with humans,” said Shave. “It’s not there in the chimps. It’s also not there in gorillas.”

Running for our Lives

Those evolutionary changes to the human heart make it possible to send more blood around the body and to maintain that effort until it’s time to rest. But there was a trade-off. As human hearts adapted to deal with the large volumes of blood required for endurance activity, they became less adept at responding to high pressures required to support strength activities.

Because the human heart also remodels throughout the lifetime in response to a person’s activity, the heart can change shape to reflect more of a chimplike structure when people don’t do endurance exercise. The researchers found that the hearts of both the football linemen and sedentary individuals experienced remodeling that made their hearts less adapted to responding to endurance challenges and more adapted to responding to pressure. The walls became thicker, and the heart didn’t twist as well.

This insight challenges the established understanding about how high blood pressure begins and how the heart reacts. Ultimately it may help doctors develop a new understanding of how heart disease develops.

“I did not expect this as a cardiologist,” said Baggish. “In relatively young, but sedentary people living in my hometown of Boston, we started to see chimplike features in those hearts, even before high blood pressure set in.”

The researchers said that this study emphasizes the importance of regular exercise. A modern diet could complicate the picture, but regular walking could be sufficient — previous research showed that hunter-gatherers in tropical areas tend to walk roughly 6-9 miles every day.

“Humans have evolved this extraordinary long lifespan in comparison to most other species,” said Shave. “But to maintain a healthy blood pressure, we need to maintain that moderate intensity physical activity throughout our lives.”