How to Make Your Friends Fat

Staying slim is hard enough without conflicting advice. But don’t worry—science is on the case. 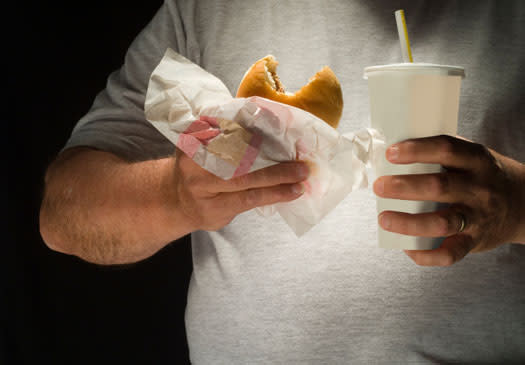 We know—the last thing you need is more weight loss advice. So instead, here is a list of scientific and just plain strange things that factor into weight gain for yourself and those around you. Use them at your own risk.

Back in 2007, research by scientists Nicholas Christakis and James Fowler examined the extensive data gathered by the Framingham Heart Study to confirm a not-so-surprising idea: We pick up habits from our friends, and those habits extend to eating. 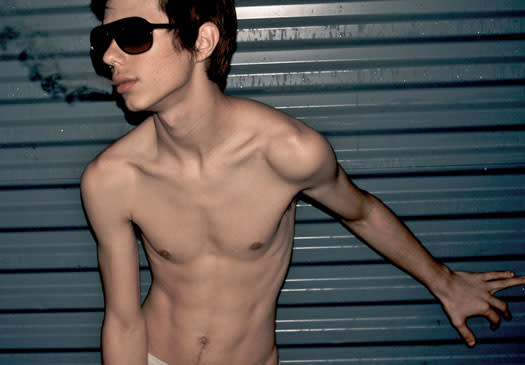 Having fat friends could make us overweight if we follow their eating patterns, but the same could hold for our skinnier comrades. They could be overeating, but happen to be among the tiny (and annoying) population of people who don't gain weight, either because of their metabolism, growth hormones, or other factors.

If you're not in that lucky group, however, your overeating skinny friends could be inducing you to put on the pounds. A University of British Columbia study found that women unconsciously adjust how much they snack based on whether a person next to them is thin or fat???if the other woman was thin and ate a lot, then they did too. 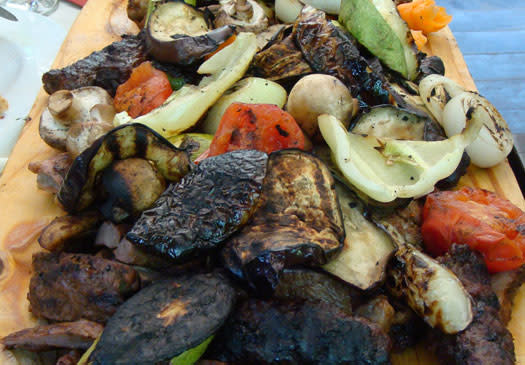 Brian Wansink of the Cornell University Food and Brand Lab loves to play games with people's eating habits, especially when it comes to how our eating environment changes what we consume.

We've heard about the inflated portion problems for Americans, but Wansink gets hard data on the issue. In one experiment, he gave medium- and large-sized bowls of popcorn—stale popcorn—to Chicago moviegoers, and found that those given the larger portions ate 53 percent more. In another devious study, he rigged a tomato soup bowl to stay half-full no matter how much the participant ate, and watched people unknowingly gorge themselves as their soup automatically refilled. 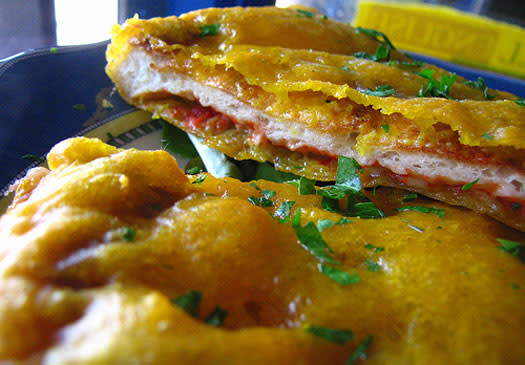 If you've noticed more bacon enthusiasm in the world than ever before, chalk it up to the explosion of the "Gross Food Movement," as Gourmet magazine christened it this summer, which celebrates meals far more fattening than anything you ate off a stick at the state fair.

Gourmet has since folded, but banana peanut butter cup and marshmallow grilled sandwiches—and heart attacks—carry on. Jessica Amason and Richard Blakeley's blog and book "This is Why You're Fat" documents the more vile creations of this artery-clogging craze. If you want your friends peer-pressured into fattening up, though, you could always send them to Bacon Camp. 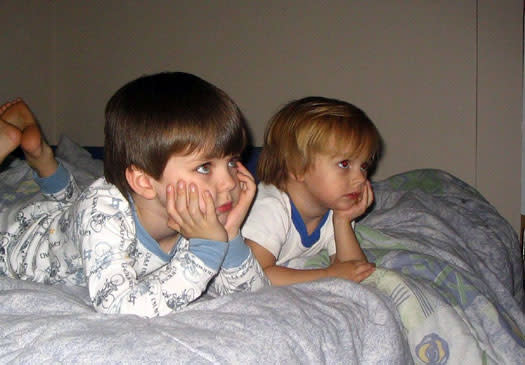 OK, you didn't need a scientist to tell you this one. Plunking down in front of a TV show or movie leads to prolonged periods of burning practically no calories, while typically eating or drinking quite a few.

However, studies have suggested that a distraction like TV can also make you miss signals from your body that it's time to stop eating, leading you to keep on chomping. Canadian researchers found that boys parked in front of The Simpsons ate 228 more calories of pizza, on average, than boys eating without any TV on. 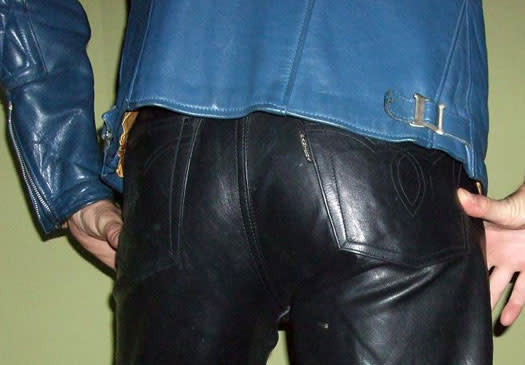 You might think that wearing tight clothes would remind people of their extra mass and quietly shame them into eating right. But no, say University of Wisconsin-Lacrosse researchers. They found that people in uncomfortable clothes and shoes don't really want to move around, and that this added sloth makes uncomfortable clothes a villain in the weight-loss war.

In the study, men and women wore a pedometer twice a week, once when they were wearing traditional business attire and again when they wore jeans or other comfy slacks. On the casual attire days, the subjects walked a full 8 percent more. 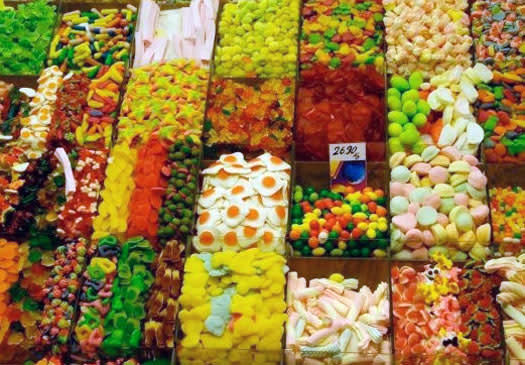 Here's another of Wansink's revelations: Color matters, and sometimes a lot. When he mixed six colors of jelly beans together in a jar, test subjects ate 69 percent more than if they were presented with 6 individual jars, each containing just one of the colors. He also conducted a test in which people received either 7 different colors of M&Ms or 10, and found that those who got the bounty of 10 colors ate 43 percent more, though the total number of candies was the same. 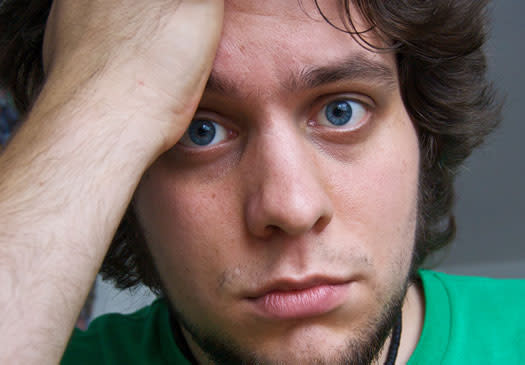 Cortisol is the bad guy here. The body's natural reaction to stress is to release this hormone, which is created in the adrenal glands. A study done in 2000 at Yale University found that women with more abdominal fat also secreted more cortisol. Women with a lower waist-to-hip ratio, meanwhile, secreted less of the hormone. A later study also found that the flush of cortisol makes us want to eat more, and to crave sugary or fatty foods. 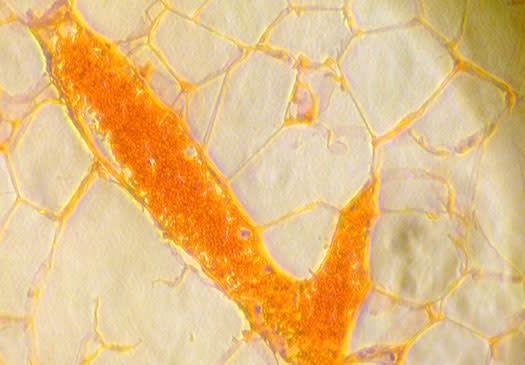 A gradually slowing metabolism isn't the only reason weight loss gets harder as we age. Bruce Buchholz of the Lawrence Livermore National Laboratory used cellular markers for a study in which he concluded that we're more or less stuck with the number of fat cells we have at about age 20.

That doesn't mean it's hopeless, dieters: Adults can still lose weight, but by reducing the volume of fat in their fat cells. And perhaps, one fine day, scientists will find a way to interfere with whatever mechanism our body uses to know it's time to create new fat cells when the old ones die. 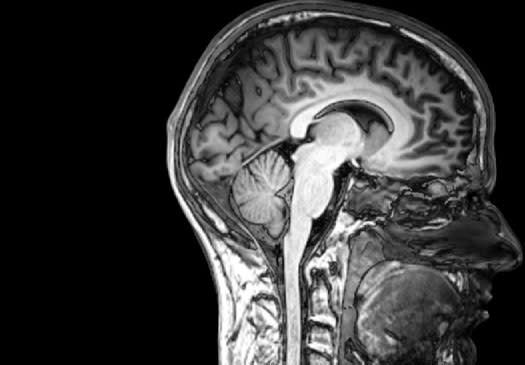 Fatty food tastes good for a reason: These big brains we have require a lot of energy (and they themselves are made of 70 percent fat). To avoid spending the entire day doing nothing but eating to power our growing brains, the "Expensive Tissue Hypothesis" suggests that our ancestors started eating more energy-intensive (aka, high-fat) foods than their primate relatives.

In addition, carrying around a little extra fat became an evolutionary advantage in case food became scarce. As such, over the millennia, it seems, our brains have trained us to love the meals that give us love handles.