How to make people think random Disney characters are creepy. 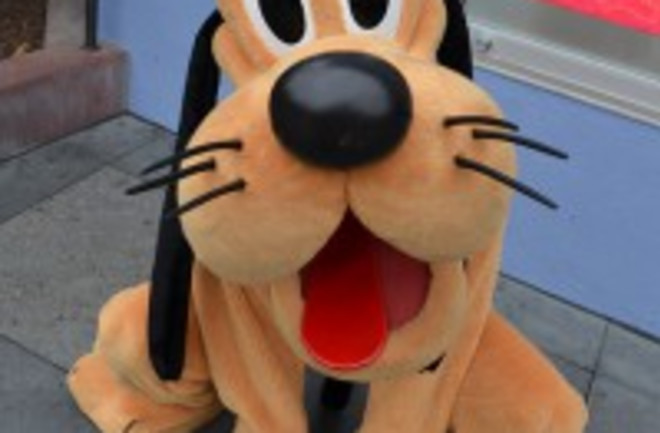 As you might already know, it's pretty easy to give people false memories. It's why "past life regression" sometimes seems to work, and why even eyewitness testimony can be called into question in court. Here, a group of scientists attempted to introduce false beliefs to make college students wary of the Disney character Pluto. To do so, they used survey results to make some of the subjects think they were likely to have had a creepy encounter with someone dressed up as Pluto: "

For Bad Pluto subjects, the profile first described a number of likely childhood fears (loud noises, receiving public displays of affection, and getting into trouble) and then informed subjects that on the basis of their profile, the following excerpt might be relevant to them. The excerpt was in the form of a newspaper article that told of a Pluto character who abused hallucinogenic drugs and 'developed a habit of inappropriately licking the ears of many young visitors with his large fabric tongue' in the 1980s and 1990s."

They found that the people who thought that Pluto had 'violated' them were less willing to pay for a Pluto souvenir, while those who were made to think that the ear-licking incident was positive were willing to pay more. That's okay, Pluto -- just like Mickey, I can't be mad at ya!

Pluto behaving badly: false beliefs and their consequences. "We exposed college students to suggestive materials in order to lead them to believe that, as children, they had a negative experience at Disneyland involving the Pluto character. A sizable minority of subjects developed a false belief or memory that Pluto had uncomfortably licked their ear. Suggestions about a positive experience with Pluto led to even greater acceptance of a lovable ear-licking episode. False beliefs and memories had repercussions; those seduced by the bad suggestions were not willing to pay as much for a Pluto souvenir. These findings are among the first to demonstrate that false beliefs can have repercussions for people, meaning that they can influence their later thoughts, beliefs, and behaviors." Related content: NCBI ROFL: The tooth, the whole tooth and nothing but the tooth: how belief in the Tooth Fairy can engender false memories.NCBI ROFL: Sleep disturbances in Disney animated filmsNCBI ROFL: Heat loss in Dumbo: a theoretical approach.