How to Grow a New Limb

Starfish can grow new arms. Why can't we? 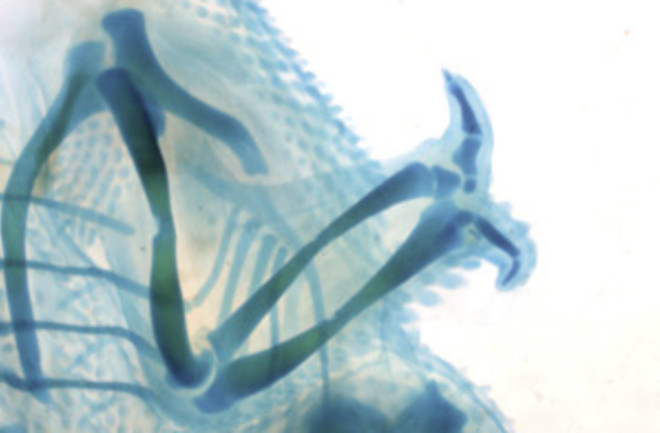 Enhancing activity in the Wnt pathway encourages new wings to sprout in embryonic chickens that have had their wings surgically removed. | Courtesy of Dr. Jan Carlos Izpisua Belmonte, Salk Institute for Biological Studies

Mammals are among the unlucky—and comparatively few—members of the animal kingdom who have lost the ability to regenerate body parts. But an increasing number of scientists are exploring molecular cues that could allow humans to regrow arms and legs the same way starfish or salamander can replace their limbs or tails (click here for a time-lapse video).

The idea isn’t quite as crazy as it seems. The pathway of molecular signals that controls limb regeneration in starfish and salamanders is present in humans as well. “This pathway—we call it the Wnt pathway—orchestrates all embryonic development, from fertilization onwards,” says University of Washington molecular biologist Randall Moon, who recently showed that fin regeneration in zebra fish is sped up or slowed down depending on the level of signaling in the amputee’s Wnt pathway. Although no one knows exactly how Wnt works, other studies have suggested that the signals may cause cells around an injury to revert to a state similar to that of stem cells, allowing them to be reprogrammed to grow back the missing part.

Yasuhiko Kawakami, at the Salk Institute of Biological Studies, has further cemented the link between Wnt and limb regeneration in a series of experiments in chickens and frogs. He found that by enhancing the activity of the Wnt pathway, he could provoke new wings (like those at left) to sprout in embryonic chickens whose wings had been surgically removed. Even more intriguing, he found that enhancing Wnt in frogs—which can normally regenerate new limbs as tadpoles but not as adults—prolonged limb-regeneration ability. There is some evidence of this latent capacity in humans. Children under the age of 11 have been known to regrow severed fingertips, although no one has yet identified the pathway involved.

More From Discover
Health
Breast Milk Alternatives Aren't a Modern Invention
Health
Past Lead Exposure Shrank IQ Scores for Millions of Americans
Health
How Our Sense of Taste Evolves and Adapts
Health
Our Sense of Smell May Be More Powerful Than We Think
Health
The Difference Between Dieting and Lasting Lifestyle Changes
Health
Why Do Humans Have a Taste For Alcohol?
Recommendations From Our Store
My Science ShopDiscover STEM Kits
My Science ShopDiscover 2022 Calendar
My Science ShopStrange Science
My Science ShopElements Flashcards
Shop Now
Stay Curious
Join
Our List