How to Fall Out of a Plane and Live, and Other Survival Tips

What to do when you're trapped in the desert, hit by lightning, stranded at sea, etc. 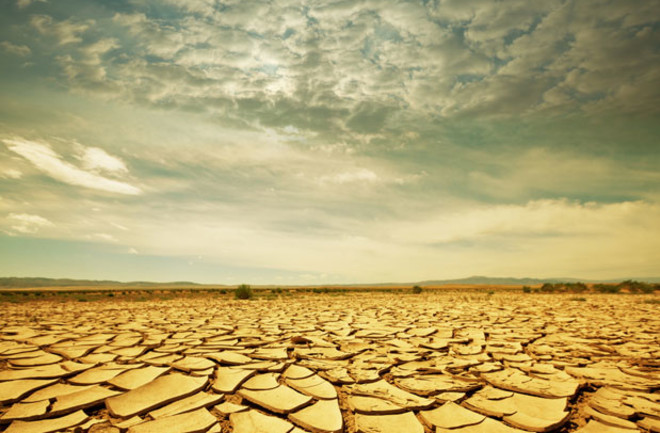 Lost in The Snow Former Olympic hockey player Eric LeMarque was snowboarding alone in the Sierra Nevada in 2003 when thick fog settled around him, limiting his vision to 10 feet. Soon he was lost in the snowy wilderness with no food and a dead cell phone. He wandered through 15-foot snowdrifts in freezing temperatures for seven days before National Guard searchers found him.

When exposed to bitter cold, your body shivers, and this involuntary movement creates heat the same way exercise does. If you stay in the cold and your body temperature continues to drop, shivering will stop when the muscles no longer have enough energy to move, says David Richard, a professor of biology at Susquehanna University in Pennsylvania. He teaches the course “Exercise and Extreme Physiology” and is an authority on the processes that sustain life under extreme conditions—and on what happens when the human body is exposed to more than it can withstand.

After prolonged exposure to intense cold, Richard says, your body’s chemical reactions begin to slow until they generate too little energy for your muscles to work. By carefully regulating blood flow, your body will protect your key organs while preserving your extremities—at least for a while. In the cold, blood is generally directed to the core of the body and flows only intermittently to the extremities to bring oxygen to cells there. After prolonged exposure to cold, blood travels only to the most essential parts—your brain and heart. As severe hypothermia sets in, these organs may be the only ones left functioning.

In a 2000 paper in The Lancet, a team of Norwegian doctors described resuscitating a woman who had been trapped in icy water for 40 minutes and whose core temperature had dropped to 57 degrees. This is very unusual; most people do not survive a core temperature below 70 degrees, Richard says. Still, upon finding a victim, rescue workers make no assumptions (“They’re not dead until they’re warm and dead,” the saying goes.) You may be breathing so imperceptibly that you look dead, but you might survive if an alert emergency worker warms and resuscitates you.

Frostbite occurs when the temperature in your tissues falls to one or two degrees below freezing. As the water in your tissues turns to ice, salts in body fluids and cells become more concentrated, interfering with proteins so much that the cells die. At the same time, the sharp edges of microscopic ice crystals can tear cell membranes. Don’t rub your frostbitten skin: The force of rubbing can shred already-damaged areas.

Falling Out of a Plane In 1942 a Soviet pilot named I. M. Chisov plunged 22,000 feet without a parachute after bailing out of his Ilyushin 4 bomber. German pilots had attacked Chisov’s plane, and he didn’t open his chute because he was afraid it would allow his attackers to find him. He landed on a snow-covered slope and rolled downhill, badly hurt and unconscious—but alive.

According to aero­dynamics experts, a skydiver without a chute reaches a terminal velocity of about 120 miles per hour after dropping roughly 500 feet. That actually isn’t any faster than the speed you’d reach if you fell from a moderately tall building. “But it’s not falling that kills you; it’s the landing,” Richard says: The abrupt pressure of an impact is likely to break open blood vessels such as your aorta, damage internal organs, and shatter your bones.

The worst thing to hit is a hard surface that brings you to a halt almost instantly. If you land on snow (like Chisov) or hit something that gives way, such as a skylight (as happened to U.S. Air Force Sergeant Alan Magee, who survived a 20,000-foot drop into a French train station in 1943), you will suffer less damage. In such a situation, it is the ability of the bones of your skull and spine to withstand the impact that can potentially preserve your life, according to a report conducted by the Federal Aviation Administration.

Struck by LightningRoy Cleveland Sullivan, a forest ranger in Virginia, was hit by lightning seven times in his 71 years. The lifetime odds of being struck by lightning are higher than you might think—about 1 in 5,000—but it still takes bad luck (and a dangerous lifestyle) to be hit more than once.

About 80 percent of people who are struck are not killed. When lightning strikes, less than 1 percent of the bolt’s current flows through your body, according to a recent study in the Journal of Electrostatics. The rest travels over the surface of your skin, which has a lower resistance to electricity. Lightning bolts, which typically pack a 100-million-volt wallop but are only about as wide as a pencil, may burn your skin or leave feather­like markings called Lichtenberg figures. These form where electric current or the resulting shock wave in the body bursts capillaries in your skin. The burns are not usually severe, however.

Your biggest worry is dying because your heart stops beating, says Michael Cherington, former director of the Lightning Data Center in Colorado. Current from the bolt may interfere with the impulses that drive your heartbeat. In a 1998 paper, Cherington presented evidence that during the heart’s normal cycle of contracting and relaxing, there is a small window of time when the chambers are filling with blood and the heart is especially vulnerable to electrical disruption. If you are unlucky enough to be struck during this window, death may be much more likely.

If you live, you will probably have damage to your nervous system, as 70 percent of lightning-strike survivors do. “On an MRI, it can look like a stroke,” Cherington says, making lightning strikes difficult to diagnose. (People sometimes black out and don’t realize they were hit.) According to a National Oceanographic and Atmospheric Administration report, you might wind up with bleeding and swelling in your brain, which kills neurons, or suffer other types of nerve damage, leading to seizures or partial paralysis. Short-term memory loss and personality changes may affect you. Finally, you might contract cataracts, as the current and heat of a strike can turn proteins in the lens of your eye opaque.

Adrift at Sea For 76 days in 1982, Steven Callahan floated 1,800 miles alone at sea in a five-foot life raft after his boat, the Napoleon Solo, sank in the Atlantic. (He made it nearly to Guadeloupe and was rescued by passing fishermen.) Callahan, a naval architect and experienced sailor, survived by catching fish with a makeshift spear and drinking from his raft’s solar stills—inflatable plastic tents that captured one pint of evaporated freshwater from seawater each day.

Dehydration will be a big worry. The length of time you can survive without any water varies; in a hot desert you won’t last as long as you will in a cool, humid forest, according to David Richard. As your body’s moisture dwindles, he explains, your blood thickens so much with salts and clotting proteins that if you accidentally nicked yourself with your fishing spear, you might not even bleed. Your heart strains to generate enough force to pump the gluey fluid, and your blood coagulates easily, paving the way for a stroke or heart attack.

As your kidneys toil to rid your body of salt, your urine darkens. If you don’t find a source of fresh water, rising levels of sodium and potassium wreak havoc on your muscle and nerve cells: Their proteins fall to fragments, and cell membranes leak, Richard says. Pacemaker cells in your heart soon malfunction, sending it into irregular rhythms. Delirium and then unconsciousness set in as brain cells deteriorate. If you succumb to the temptation to drink seawater, that just makes things worse. Seawater is so loaded with salts that your body wastes more water in the urine in an effort to excrete them than it gains in the first place.

Trapped in The Desert Italian runner Mauro Prosperi got more than he bargained for during the 1994 Marathon des Sables, a weeklong, 145-mile race across the Sahara. A ferocious sandstorm knocked him far off course, leaving him stranded. Prosperi managed to capture a few bats to sustain himself for the nine days he wandered through the bleak landscape, where peak temperatures above 120 degrees Fahrenheit are not unusual. Eventually a group of Tuareg nomads found him and brought him on camelback to an Algerian village.

In the desert, the effects of intense heat compound the threat of dehydration, Richard says. Your heart rate will speed up as your body warms, generally about 10 beats per minute per degree, but your heart has limits. Normally, veins that deliver blood to the heart fill its chambers between contractions. As body temperature increases, though, your heart may contract so frequently that there is not enough time for the chambers to fill between beats, and less blood leaves your heart with each beat. When the heart is already near its maximum due to extreme heat, it cannot pump any faster, making physical activity impossible. Pretty soon you can hardly move at all—not a good situation when you’re stranded without water.

Sitting still in a sauna, you could survive much higher temperatures. In Finland, competitors actually vie to see who can stay the longest in a 230-degree F sauna (winners typically last about 12 minutes). At temperatures much above that, the structures of cell membranes and proteins crumble and the body’s cells become a gooey mess: Think of a soft-boiled egg.

Exposed to a Vacuum Engineer James C. LeBlanc climbed into a vacuum chamber at NASA’s Johnson Space Center in 1965 for a routine test of a spacesuit. His suit leaked, and for 14 harrowing seconds he was exposed to a near vacuum. LeBlanc later said that he could feel water boiling off his tongue. He then passed out, but technicians and engineers quickly repressurized the chamber; LeBlanc survived with no permanent damage.

Medical researchers at NASA estimate it is possible to revive someone exposed to a vacuum for as long as 30 seconds. Air will be sucked out of your lungs immediately, and trying to hold your breath will be futile against the pressure. In a vacuum the gases and liquids in the body expand rapidly, animal studies show, but your skin and blood vessels maintain enough pressure on your body and its fluids that you will not instantly explode—no matter what you’ve seen in Hollywood films. According to NASA’s analysis, your tissues will swell slowly as water boils away and gases like nitrogen come out of solution, pushing against the membranes of your cells, stretching them and damaging your organs.

If you are fully exposed in outer space, the intense ultraviolet radiation from the unfiltered sun will give you a nasty sunburn on one side. In a vacuum, heat is not lost easily, however, so even though the temperature in deep space is –454 degrees F, you will not freeze immediately. Much sooner—after about 15 seconds—your oxygen-deprived brain will shut down. At that point you will black out, and you will probably die in another minute or two.