How to Care for a Loved One With Alzheimer’s

Being the caregiver for a friend or family member with Alzheimer’s isn’t easy. Here’s what experts recommend. 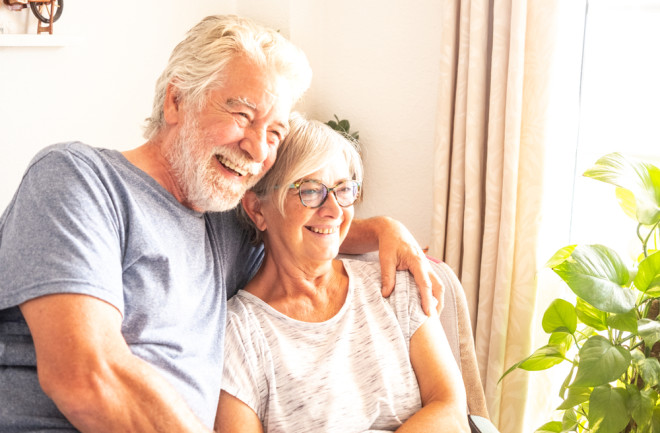 Maybe it’s a close friend or a distant relative. It might even be one of your parents or grandparents.

For many of us, it’s not hard to think of someone suffering from Alzheimer’s disease or another form of dementia. Today, the Centers for Disease Control and Prevention estimates that more than 5 million Americans suffer from Alzheimer’s alone. The disease causes brain cells to wither and die, robbing people of their memory and thinking skills while also prompting various behavioral problems. Eventually, it can leave them unable to perform basic daily tasks.

Like other dementias, Alzheimer’s is a progressive disease, meaning it gets worse over time. There’s no cure for it, and current treatments are unable to reverse its spread.

“Everyone is impacted by it,” says Marie Bernard, deputy director of the National Institute on Aging (NIA). “It’s a big problem.”

Although this care is often lovingly provided by friends and family, caring for an Alzheimer’s patient can carry significant challenges — and exact its own toll on caregivers. And as the disease’s inevitable decline marches on, people living with the disorder often require more rigorous and intensive care.

All of this begs a simple, yet essential question: What can caregivers do to better support a loved one with Alzheimer’s?

For those with the disease, communication can be challenging. Because Alzheimer’s gradually chips away at memory and cognition, a patient might have difficulty remembering, fight to find the right words or simply forget what they were trying to say.

“Early in the illness, communication can be seemingly just fine,” Bernard says. “And then, as things progress, you find that the person is repeating things all the time and they don’t seem to be really understanding. Then it gets to the point where it doesn’t seem that things are getting through; they’re certainly not communicating back.”

There are, however, some tips for smoother communication with an Alzheimer’s patient. The NIA suggests making good eye contact, calling the person by their name and fostering two-way communication by holding the person’s hand or dispensing gentle touches. Bernard adds that it’s often helpful to use hand gestures to demonstrate what you’re trying to say. Beyond that, she continues, it’s important to recognize moments when the illness causes people to repeat something over and over or say things that are untrue.

“It’s better to just go with the flow rather than trying to correct them all the time,” she adds. “It can get frustrating — and if you’re frustrated, you need to remove yourself and come back, as opposed to allowing that to impact the way that you’re communicating.”

As Alzheimer’s disease slowly kills brain cells, the gaps left in a patient’s neural hardware can catalyze a variety of behavioral problems. Some of these stem from feelings of agitation, which can prompt symptoms like pacing and sleeplessness. Aggression can also arise, sometimes causing a patient to verbally lash out at or strike their caregiver.

Bernard says these feelings can crop up when someone living with dementia doesn’t understand what’s going on around them, or when they aren’t able to effectively communicate a problem they’re having.

“That is limited by having a good routine for the individuals, and a well-organized and familiar environment for them,” she continues. “Just really being familiar with what their daily needs are [is important].”

Alzheimer’s patients might also hide or rearrange items around the house. They may also rifle through places like cabinets, closets and even the refrigerator.

“That can be a real challenge,” Bernard says. “Many times, that person doesn’t have enough to occupy them, and they go back to things that are familiar.”

But if the caregiver can think of activities to help keep the person occupied, Bernard continues, it can help mitigate some of those behaviors. For instance, she says, if that person liked knitting, it can help to give them something that mirrors that activity.

“My personal experience with my own father, as his dementia was progressing, was that just tossing a ball back and forth kept him happy and occupied,” adds Bernard. She also suggests structuring the person’s home environment so they can explore and rummage freely without hurting themselves.

Caring for someone with Alzheimer’s or dementia is accompanied by a devastating, but inevitable, truth: Over time, the person you knew and loved will slowly fade away.

“It is part of the process, unfortunately,” says Bernard. “And it’s something that people need to come to terms with.”

But for caregivers, coming to terms with the reality of dementia can take different forms. Some studies suggest that sharing items from someone’s past, like pictures, isn’t just helpful for the person living with Alzheimer’s — they can provide comfort for the caregiver, too.

Bernard also recommends joining a support group as a way to share experiences and compare notes with others. A number of organizations, like the Alzheimer’s Association or Alzheimer’s Foundation of America, also offer information, tips and support services.

But, perhaps most important, Bernard says, is that caregivers not feel guilty about taking time to care for themselves.

“They need to have some time, on a fairly regular basis, to pay attention to their personal health,” she continues. “And getting to step back, reflect and clear their head of worries.”