How the Smell of Your Home Could Be Making You Sick 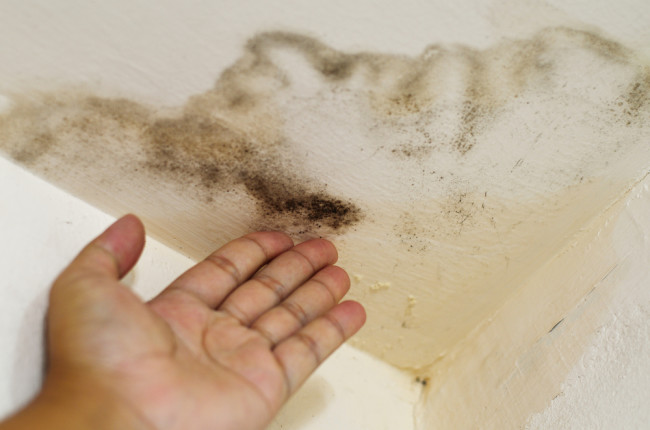 Joan Bennett didn’t believe in sick building syndrome. As a specialist in mold toxins, she had even testified in trials in support of insurance companies denying claims to homeowners who claimed that they had been sickened by toxins from their moldy houses. Then Hurricane Katrina struck, Bennett’s home was flooded, and she evacuated. “A month later, as a form of psychological sublimation, I decided to travel back and sample my home for mold,” she said. Her house smelled horrendous, worse than any mold she’d ever smelled. She donned a mask and gloves and protective gear, but even so, she felt awful – dizziness, headache, malaise. She walked outside and felt better. Then it struck her: “I think there’s something in this terrible mold I’m smelling.” But she still believed in her old arguments against the theory. She knew how much mold toxin we ordinarily get exposed to from mold in food, and she still knew that it was far greater than any we could breathe from spores in the air. But the smell of mold was another matter. Most things we can smell are volatile organic compounds (VOCs), and some VOCs are known to make people sick. “I knew that a minor theory was that sick building syndrome might be caused by the VOCs that make fungi smell moldy,” Bennett says. And then she thought, “Ta da! Maybe there is such a thing as sick building syndrome, and maybe it has nothing to do with the fungus toxins I’ve been studying all my life!” That moment transformed her research career. Along with her house, she’d lost her entire frozen genetic stock of fungi in the storm, because the power had gone out and everything had defrosted. She had to mostly start over anyway, and now she wanted to prove her new theory.

She focused on a VOC called “mushroom alcohol” that is the primary component of the typical smell of mold. It’s formed especially when molds eat linoleic acid, which occurs both in many biological cells and in building products like oil-based paint. She needed a simple animal to work on, and considered both worms and fruit flies. “I thought worms would be better, because they’re littler and simpler,” she says. “But they’d run away from the fungi. We couldn’t even find their little dead bodies. We wasted a year on them.” So she turned to fruit flies. When the fruit flies breathed in the mushroom alcohol, she found that they started moving strangely. They trembled, moved slowly, fell over, lacked coordination. They looked like insectile Parkinson’s patients. Bennett knew that Parkinson’s could be caused by exposure to chemicals like pesticides. So could mushroom alcohol be doing the same thing? Could these fruit flies in fact have their own version of Parkinson’s?

From Flies to Humans

To find out, Bennett and her collaborators gave the stricken flies L-dopa, a medication that reverses the effects of Parkinson’s in humans. And indeed, the flies moved more naturally, indicating that the mushroom alcohol was operating on a similar pathway. It’s a long way from a fruit fly to a human, so Bennett and her team tested human cell lines as well. A human cell in a test tube can’t tremor with Parkinson’s disease, of course, but Bennett found that the mushroom alcohol was toxic to the cells, killing some of them off. She published her findings

recently in the Proceedings of the National Academy of Sciences. Thus, Bennett says, VOCs from mold may be an important contributor to Parkinson’s disease. It would explain a long-standing mystery: Every known toxin that causes Parkinson’s is man-made and relatively recent, but Parkinson’s has existed for thousands of years. Bennett says that a variety of natural neurotoxins – mushroom alcohol as well as other VOCs – may lead to the disease. “I always thought of mushroom alcohol as a relatively innocuous compound,” says Charles Weschler of Rutgers University, a specialist in indoor air quality. “The article puts the chemical in a totally different light for me. I certainly would want to try to minimize my exposure to it.” Elliott Horner, an indoor air quality researcher at Atlanta-based company UL, says that he wasn’t surprised that a fungal VOC affects the physiological functioning of animals. Moldy buildings, he says, have long been suspected to make people sick through VOCs as well as through mycotoxins, small particulates, and allergens. But he says that it’s a “huge step forward” to have an animal model that will allow researchers to study the impacts of these VOCs. Ironically, even though sick building syndrome is what drew her to this work, Bennett says that she’s not planning to emphasize that aspect of her work in the future, because it’s so unpopular at the National Institutes of Health, upon which she is dependent for funding. “I am convinced that there is something real there,” she says. “I wish I could convince some funding agencies.” But even if she plans to pitch her work in terms of neurotoxicity, with no mention of the implications for sick buildings, she does intend to continue studying the VOCs produced by mold. “Fungi make lots of different volatiles,” she says. “We’ve got lots of them to test.”