Dienekes points to two interesting phenomena which when juxtaposed together show how the pace of technological change can outrun ideological arguments and hand wringing. Those of you who have been reading me since the early 2000s know where I stand on issues such as the "Kennewick Man" controversy. I think there's an objective reality which should be studied. The latter is a normative judgement. There's no rule embedded in the universe that truth needs to be set free, it's a preference. So when it comes to Creationism of organized institutional religions, or shamanic ethnic Creationism, I don't put much weight in its value or importance. But the shadow of Kennewick Man still looms over contemporary controversies as we crest the peak swell of human genomics in terms of the rate of increase of insight. Apparently members of the America Indian Program at Cornell are objecting to The Genographic Project. The project is headed by Spencer Wells, who has an appointment at Cornell now. An English professor associated with the American Indian Program apparently sent the student newspaper an almost parody-like email of impenetrable obfuscating academic-speak:

In a statement issued by AIP, the program’s director, Prof. Eric Cheyfitz, English, criticized National Geographic’s language about diversity and said that the project “deconstruct[s] communal identities by individualizing members” of marginalized communities, such as indigenous peoples. “In marked contrast to the goals of the Cornell Ancestry Event, which seeks to define ‘diversity’ biologically in terms of universal genetic codes … Indigenous peoples customarily define themselves not biologically, but socio-culturally and politically in terms of varying ideas of nationhood,” the statement says. “[The project] is ahistorical in that it substitutes a biological profile of one’s identity for one’s historical (social and political) connections to a particular community. This clearly has an impact, among others, on historically underrepresented groups in the U.S. — African Americans, Asian Americans, Latino/as, and Native Americans — in that a biological profile can be dissociative in relation to one’s history,” Cheyfitz said in an e-mail.

Dr. Cheyfitz is an excellent high priest of this verbal arcana. And, he has acolytes:

Dajahi Wiley ’14, a student affiliated with AIP, pointed to historical trends that challenge what the AIP statement refers to as the project’s “homogenizing fantasy of a diversity where we all somehow wind up being the same.” “For centuries, non-white peoples have been called fundamentally different from whites in physical and cultural ways. Now, there are groups and projects like the Genetic Ancestry Project that claim that everyone is basically the same,” Wiley said. “While the former was and is maliciously racist, the latter represents, at best, a naive understanding of the world and social dynamics. As such, this is a topic of concern not only for American Indians, but all communities of color.” “What AIP objects to I think ... is the way in which the Genetic Ancestry Project appears apolitical and acultural when in fact there are very real, but implicit, political and cultural sentiments expressed in it,” Curley said. “In other words, AIP sees the Genetic Ancestry Project as constructing a meta-narrative of human history and has objection to some of the assumptions and characterizations made in this process.” Curley cited an example from the National Geographic website regarding “The Human Family Tree,” a similar project that tested and analyzed the DNA of 200 people on a single block of Queens, N.Y. The genetic analyses yielded representation of all of humanity’s major ancient migratory paths. An accompanying timeline on the National Geographic website describes Native Americans as “cut off from the rest of humanity until Christopher Columbus arrived.” The description on the timeline is not only skewed but also a “politically-and culturally-rooted caricature of world historical events,” according to Curley.

does their cause any good. There are real concerns they're mooting here, and concrete issues with how science and powerful institutions have dealt particular populations. You can state the concerns in plain English in a way that makes it so that you are taken seriously, and you don't give people an excuse to giggle because they think you're being cleverly obfuscating. If you really believe in your cause you should try to speak as clearly as possible, and not cloak yourself in the dialect of your tribe. Terms such as "dissociative in relation to one’s history" probably have a plain meaning, if you are an Ethnic studies major, but they are just mystifying to the general public. It's as if I held forth seriously about how we need to be careful, because the "genotype data is unphased." That's not going to mean anything to anyone. Wells & company are eminently polite in these occasional spats. They must know these disputes are inevitable, as a concerted campaign emerged in response to the Human Genome Diversity Project in the 1990s. You can read all about it in The Human Genome Diversity Project: An Ethnography of Scientific Practice

. I recall in the early 2000s Spencer Wells had to deal with an Australian Aborigine elder who expressed unvarnished skepticism at the theories propounded by geneticists in his documentary The Journey of Man

. But from what I can tell the elder did not attempt to interfere in Wells' scientific endeavor. But at the end of the day all the agitation and worry about the implications of the HGDP it didn't matter. You can pull down the HGDP data set, and do your own analysis overnight. Thousands of scientists, and hundreds of amateurs, are doing so right now every week. I'd be curious to see the 'dissociative' effect of the publication of papers such as Worldwide Human Relationships Inferred from Genome-Wide Patterns of Variation

. But I'm skeptical that Dr. Cheyfitz has read and reacted to that paper. My impression is that the type who are hardcore political activists generally lose interest after the first battle is lost, and science moves on. There's always another political issue to "deconstruct." Which takes me to a new paper which Dienekes highlighed as well, Genetic variation in Native Americans, inferred from Latino SNP and resequencing data

Analyses of genetic polymorphism data have the potential to be highly informative about the demographic history of Native American populations, but due to a combination of historical and political factors, there are essentially no autosomal sequence polymorphism data from any Native American group. However, there are many resequencing studies involving Latinos, whose genomes contain segments inherited from their Native American ancestors. In this study, we introduce a new method for estimating local ancestry across the genomes of admixed individuals and show how this method, along with dense genotyping and targeted resequencing, can be used to assay genetic variation in ancestral Native American groups. We analyze roughly 6 Mb of resequencing data from 22 Mexican-Americans to provide the first large-scale view of sequence-level variation in Native Americans. We observe low levels of diversity and high levels of linkage disequilibrium in the Native American-derived sequences, consistent with a recent, severe population bottleneck associated with the initial peopling of the Americas. Using two different computational approaches, one novel, we estimate that this bottleneck occurred roughly 12.5 thousand years ago; when uncertainty in the estimation process is taken into account, our results are consistent with archeological estimates for the colonization of the Americas. 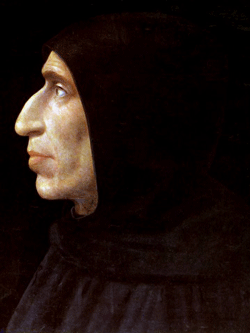 Remember there are different kinds of genomic variation (e.g., microsatellites, SNPs, CNVs). Because of the political battles apparently there hasn't been much sequencing of Native Americans. So the researchers simply looked at Mexican American mestizos, who have substantial indigenous ancestry. At some point in the near future anyone will be able to download the genomes of Mestizos and so gain a window into the genetic variation of Amerindian populations, whether those populations consent or not. If enough white Australians get sequenced, presumably someone could reconstruct the Aborigine genome from the fragments in white Australians. And so on. The technology has outrun the time for talk. If Spencer Wells is stymied by politics, private individuals could get genotyped and pool their information. This horse has left the barn. 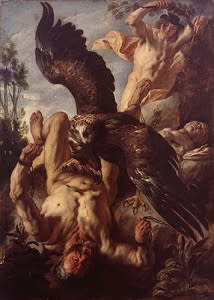 Prometheus had the last laugh

So back to my preferences and values. We live in an age when human genomics is exploding, when the knowledge can pour out in front of you if you put in the

. They take away the university funding. They can terrify scientists, or even assault them

. But much of the data is now out in the public

it. All that's required is a will. Battles based on whether truth is One or truth is divided and subject to ideological preference will continue. But rest assured, the conclusion of this war is foregone. The incantations of the priests and the lamentations of their followers have no more power over us. I am smiling. Let them scream. They should if they suspect what truthful terrors may well up from the deep.