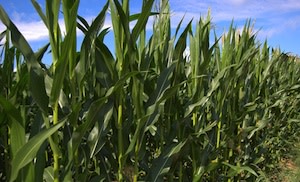 As the obesity rates continue to climb

in developed countries, and research about hunger and how our bodies process food

advances, researchers are finding more clues that the epidemic’s cause is more complex than simple overeating. And one contributor may be the increase in the amount of sugar in processed foods, especially with the rise of mass-produced, cheaper-than-cane-sugar high-fructose corn syrup in the 1970s. At The Guardian, documentary maker Jacques Peretti has written a detailed history

But another health issue was on the radar: heart disease, and in the mid-70s, a fierce debate was raging behind the closed doors of academia over what was causing it. An American nutritionist called Ancel Keys blamed fat, while a British researcher at the University of London Professor John Yudkin, blamed sugar. But Yudkin's work was rubbished by what many believe, including Professor Robert Lustig, one of the world's leading endocrinologists, was a concerted campaign to discredit Yudkin…Yudkin's colleague at the time, Dr Richard Bruckdorfer at UCL says: "There was a huge lobby from [the food] industry, particularly from the sugar industry, and Yudkin complained bitterly that they were subverting some of his ideas." Yudkin was, Lustig says simply, "thrown under the bus", because there was a huge financial gain to be made by fingering fat, not sugar, as the culprit of heart disease. The food industry had its eyes on the creation of a new genre of food, something they knew the public would embrace with huge enthusiasm, believing it to be better for their health – "low fat". It promised an immense business opportunity forged from the potential disaster of heart disease. But, says Lustig, there was a problem. "When you take the fat out of a recipe, food tastes like cardboard, and you need to replace it with something – that something being sugar."

According to Peretti, anti-fat attitudes indirectly kept sugar levels in processed food high, particularly sugar derived from corn. And that sugar not only made people fatter, it also messed with their brains

and drove them to overeat (an outcome not undesirable for the food industry). While Peretti’s account does not contain any new revelations, it does weave together previously discovered information into a compelling tale, as he openly asserts that sugar is the primary cause of the obesity epidemic. Peretti's version is probably not the whole story behind obesity---he includes no discussion of other factors influencing weight gain (e.g., the increase in serving sizes) or strong counterpoints in defense of sugar---but his story is interesting and certainly suggests that sugar's role in the current epidemic is worth exploring.