How Much Should I Sleep? Science Has the Answers

Not getting enough sleep is tied to a host of health issues. 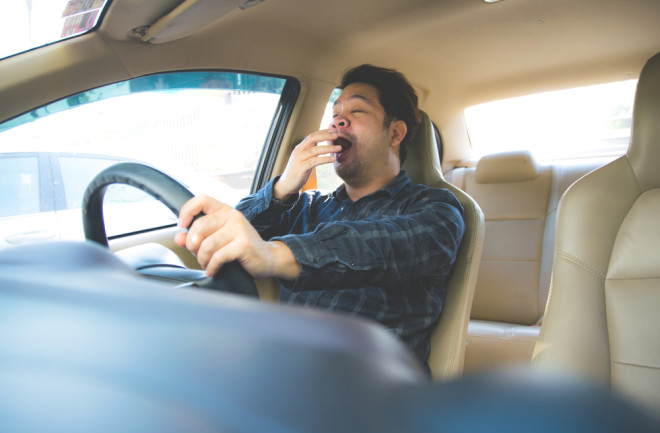 Are you one of the roughly one-third of Americans who sleep less than seven hours each night? If so, I’ve got some bad news for you: you’re probably not getting enough Zs.

While you sleep, your body and brain undergo several important changes. Gradually, you get cooler. Your breathing and heart rate slow down. Chemicals that decrease your appetite are released so you don’t wake up for a midnight snack. In your bloodstream, growth hormones ramp up. Meanwhile, memories are formed, and other thoughts are forgotten. Brain fluid washes over your neurons, clearing away debris built up throughout the day.

Not getting seven hours of sleep is bad for you because it may interrupt these processes. But how much sleep is enough? Sleep experts have a good, but not perfect, guess.

Seven Hours a Day Keeps the Doctor Away

In 2015, the National Sleep Foundation recommended that everyone between age 18 and 64 should get seven to nine hours of sleep. Children and teens need even more sleep. But senior citizens can get by just fine with a maximum of eight hours.

Other organizations, including the American Academy of Sleep Medicine and Britain’s Sleep Council – also prescribe at least seven hours of sleep for adults.

To make these recommendations, multidisciplinary panels of sleep and medical experts reviewed hundreds, and in some cases thousands, of published research papers on the relationship between sleep and health. Most of this scientific evidence points to seven to nine hours as the Goldilocks range linked to the fewest health problems.

Read more: Understanding Microsleep — When Our Minds Are Both Asleep and Awake

Compared with people who get more than seven hours of sleep, people sleeping less than seven hours are more likely to develop cardiovascular disease, obesity, diabetes and Alzheimer’s disease. Those who sleep too little are also at greater risk of dying than people who got enough sleep. And sleeping too much has problems, too. Any more than nine hours nightly is associated with depression and even greater risk of death than sleeping too little.

There are many potential mechanisms that might explain why sleep deprivation is bad for your health. Not getting enough sleep deprives you of a blood pressure medication that no amount of money can buy. That is, a good night’s sleep significantly lowers blood pressure, reducing risk of stroke and heart attacks. Skipping sleep also disrupts the release of hunger-suppressing hormones and increases appetite, especially for fatty and sugary foods. So not getting enough sleep can lead to weight gain and associated complications. One night of limited sleep also decreases the number of cancer-fighting cells in your immune system.

But scientists still don’t know how each additional hour of sleep affects all of these processes.

Sandman With a Grain of Salt

Besides mechanistic mysteries, these recommendations leave a lot of unanswered practical questions, too.

Some studies measured sleep duration as time in bed rather than time asleep, so which one actually matters? Different studies can have different definitions of sleep deprivation, too. Sometimes increased risks of disease were associated with no sleep at all or less than five hours instead of just less than seven hours. This makes it difficult to answer whether pulling an all-nighter or getting a few hours is better for your health.

And what if those seven hours are restless? Shift workers and elderly populations often have lower quality sleep whereas men and individuals with higher socioeconomic status get better quality sleep. But it is still unclear if longer, lower quality sleep is just as good as or worse for you than sleeping soundly for fewer hours.

No sleep calculator can possibly take into account all of the variables to predict how much sleep any given person needs. So, take the prescription for the sandman’s visit with a grain of salt.

In general, older people don’t need as many hours of sleep as younger people. But teenagers need much more sleep than the rest of us. (Credit: BaLL LunLa/Shutterstock)

What can you do if you don’t get at least seven hours of sleep?

If you’re lucky, you might be one of the few people with heritable genetic mutations that help you better cope with negative effects of missed shuteye. But scientists are still a long way from fully understanding those genetics causes and giving everyone sleepless superpowers.

The average body will want to get out of sleep debt as soon as possible, so the best option is to give in to that desire. But not all extra sleep is created equal.

If you chronically sleep less than seven hours, hitting snooze on the weekends won’t help you fill up your sleep bank. Naps are highly recommended for drowsy drivers because they help return reaction time and decision-making to higher, alert levels.

But, science still doesn’t know whether napping counteracts the other biological changes resulting from sleep deprivation. Researchers also don’t know if breaking up the seven hours into chunks is just as good for you as sleeping through the night.

Only you can answer whether these lingering uncertainties keep you from a seven hour snooze.