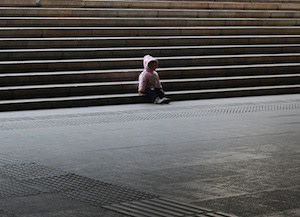 Young children need attention---and not just to keep them from wandering off or yelling their lungs out. Social interactions actually help their developing brains. We know about this from studying children and animals raised in relative isolation: Neglected children

behavioral and cognitive deficits as adults, and isolated young monkeys

grow up to have weaker memory and learning abilities than their socialized peers. Just what is happening in the brain to trigger these mental problems? According to a new paper in the journal Science

, it's all about the fatty tissue myelin

, and the cells that produce it. Babies are born with very little myelin in the brain---as they develop, specialized cells called oligodendrocytes

wrap insulating myelin sheaths around the long, rod-like sections of certain neurons. These myelin coatings help electrical signals travel more quickly through children's brains. To test myelin development in a neglected brain, researchers raised mice in three different environments after weaning: alone in a cage, a standard cage population of four mice, or an enriched environment with eight mice to a cage and lots of toys. After four weeks, the isolated mice demonstrated less social interaction and weaker working memories. And the myelin layers around their neurons were thinner, produced by oligodendrocytes with simpler structures than the oligodendrocytes in the more social animals. Further tests showed that this poor myelin production occurred even when mice were isolated for only two weeks after weaning and then returned to a social environment. In addition to showing one of the possible causes of cognitive problems in neglected children, this finding illustrates the fact that isolation during the critical period of children's development can cause irreversible damage to a their brains.