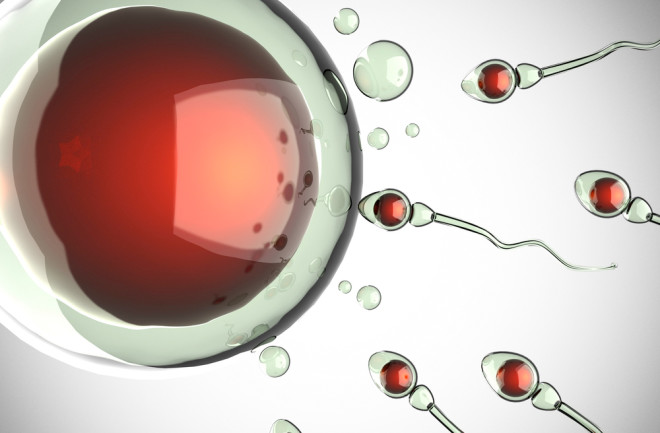 It’s the stuff of 3rd-grade sex ed: sperm meets egg to make baby. But, surprisingly, scientists have actually been in the dark about one crucial step: how the two sex cells recognize each other amidst the fluid frenzy in the Fallopian tubes. Now researchers have announced that they’ve found the missing piece of this fertilization puzzle, and that the discovery could lead to individualized fertility treatments and hormone-free birth control.

Back in 2005, researchers found the first half of the the puzzle: a binding protein on the surface of sperm they called Izumol (after a Japanese marriage shrine). In the decade since then, scientists have been searching for Izumol’s counterpart on egg cells. Essentially, they’d found the plug but couldn’t locate the outlet.

Today researchers at Cambridge announced they’ve found that outlet: a receptor protein on the surface of the egg cell. They’ve found it on the eggs of pigs, opossums, mice and even humans.

Researchers found that the only receptor protein that matched up with the sperm protein was one that had already been discovered and named. Its true purpose had just been misunderstood. The receptor had been previously known as Folr4, and thought to be part of the folate-receptor family.

When researchers put unfertilized eggs in a petri dish and blocked their Folr4 receptors, sperm couldn’t latch on. And when researchers genetically modified female mice to lack Folr4, the mice were sterile.

And what’s even more, the discovery also helps explain how eggs limit themselves to just one sperm invader. By studying eggs fertilized in vitro,  researchers found that the Folr4 proteins had all been ejected from the surface of the cell by 30 minutes after fertilization and were floating around the membrane, no longer able to bind with the proteins on the sperm.

The Izumol protein on the surface of the sperm pairs up with the Folr4 (Juno) protein on the unfertilized egg. Once fusion occurs, the egg spits out the remaining Juno proteins to prevent multiple sperm from fertilizing the same egg. Image credit: Nature

The Izumol protein on the surface of the sperm pairs up with the Folr4 (Juno) protein on the unfertilized egg. Once fusion occurs, the egg spits out the remaining Juno proteins to prevent multiple sperm from fertilizing the same egg. Image credit: Nature

Understanding how the fertilization process starts is big news—it could lead to specialized fertility treatments as well as non-hormonal birth control. Such a crucial role calls for a name change: The researchers have now dubbed the protein Juno (in honor of the Roman goddess of marriage, or, perhaps, more appropriately, for the 2007 academy award-winning film of the same name).

A simple genetic test could determine if a woman’s infertility is due to a lack of Juno proteins, allowing her to skip all the preliminary fertility treatments that won’t work in her case, and cutting right to the manual injection of sperm. Likewise with contraception, knowing the critical role of this particular protein means that blocking it can render sperm powerless.

Now that scientists have found the two halves of this puzzle, which they published in Nature today, their next step is discovering what other proteins are at play when the sperm and egg actually fuse.