How Did 9/11 and the Holocaust Affect Pregnant Women and Their Children?

Recent research suggests that terrifying experiences can leave lasting scars on the psyches of people who were fetuses at the time. 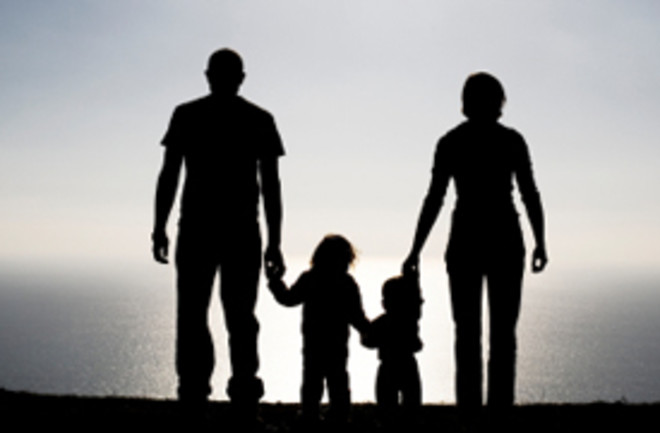 This is an excerpt from the new book Origins: How the Nine Months Before Birth Shape the Rest of Our Lives, by Annie Murphy Paul.

At 8:46 AM on September 11, 2001, there were tens of thousands of people in the vicinity of the World Trade Center—commuters spilling off trains, waitresses setting tables for the morning rush, brokers already working the phones on Wall Street. About 1,700 of these people were pregnant women. When the planes struck and the towers collapsed, many of these women experienced the same horrors inflicted on other survivors of the disaster: the overwhelming chaos and confusion, the rolling clouds of potentially toxic dust and debris, the heart-pounding fear for their lives.

As the catastrophe began to unfold, psychiatrist Rachel Yehuda was arriving for work at the Bronx Veterans Affairs Medical Center, about 15 miles north of the Twin Towers. “I was leading a meeting at the center when I got a call from my mother, who lives in Florida,” Yehuda tells me. “She had seen news of the attack on TV and wanted to know if I was all right.” Yehuda and her colleagues located a television of their own and watched, aghast, as the awful events of that day took shape. “Of course I was thinking about what the long-term reactions of the survivors would be,” she says. Yehuda, who is director of the Traumatic Stress Studies pision at the VA center and a professor at the Mount Sinai School of Medicine in Manhattan, is a leading expert on post-traumatic stress disorder, a condition that forces survivors of a traumatic event into a state of hyper-vigilance, assailing them with nightmares and panic attacks. In the course of her career as a PTSD researcher, she has worked mostly with Holocaust victims and Vietnam War veterans—people whose trauma happened far away and many years, even many decades, ago. As Yehuda watched in real time as tragedy struck her own city, she was already thinking about how to investigate its impact.

In the years since 9/11, Yehuda has coauthored more than a dozen articles about its effects on survivors, including several deeply suggestive studies of women who were exposed during pregnancy. “I wanted to look at this population in particular because I have a long-running interest in the transgenerational transmission of PTSD risk, or the handing down of a susceptibility to PTSD from parent to child,” she explains. Yehuda encountered a vivid example of this phenomenon in 1993, when she opened the first clinic in the world devoted to the psychological treatment of Holocaust victims. She expected a flood of inquiries from people who had experienced Nazi persecution firsthand. But she soon got a surprise: for each call her clinic received from a Holocaust survivor, it was getting five calls from their grown children. “Many of these members of the second generation had symptoms of PTSD,” Yehuda says. They reported the same nightmares, the same panics, the same hair-trigger vigilance their parents had. Yehuda’s research confirmed that the offspring of parents with PTSD were more likely to develop PTSD themselves, even though they were no more likely to encounter traumatic events than other people.

How could this be? The traditional, psychoanalytically inflected explanation was that the younger generation was sensitized to trauma by growing up around survivor parents—hearing their stories, observing their struggles, enduring their silences. In the words of one commentator, the children of Holocaust victims bore “the scar without the wound.” Yehuda, too, initially subscribed to this notion. “I was really convinced that the early experiences of the child, being bombarded for years by the psychiatric symptoms of the parents, accounted for the transgenerational effect we observed,” she tells me. But in the years after her clinic opened, she began to wonder if some other influence was at work, perhaps even before birth.

Yehuda’s previous research had found that low baseline or “basal” levels of cortisol were a marker of vulnerability to PTSD: people with low basal levels of cortisol are more likely to develop PTSD following a traumatic event. Cortisol is a hormone released when the body is under stress; one of its functions is to stop the stress reaction once it has run its course. In people with low levels of cortisol, the body’s heightened state of alarm, so necessary in the midst of a crisis, does not subside once the crisis is over. Yehuda’s research had also established the striking fact that the offspring of people with PTSD have low basal cortisol as well. Is this commonality simply genetic? Or could it be passed down in utero? Nine-eleven provided an opportunity to find out.

Along with her coauthors, Yehuda enrolled in her study 38 women who were pregnant when they were exposed to the World Trade Center attack, measuring their basal cortisol levels and those of their infants when they reached one year old. Those women who developed PTSD following 9/11 had low basal cortisol levels—and so did their babies, an effect that was most pronounced in infants whose mothers experienced the catastrophe in their third trimester. Since the children were only a year old, it didn’t seem possible that the psychoanalytic explanation—that they were traumatized by their parents’ stories—was the case here. “The particularly strong effects seen after exposure in the third trimester point to prenatal factors, rather than genetic or parenting factors, in the transmission of PTSD risk,” says Yehuda. It looked like the mothers with post-traumatic stress disorder had passed on a vulnerability to the condition to their children while they were still in utero.

A subsequent study of Holocaust survivors and their grown children provided another piece of supporting evidence. In this experiment, Yehuda found that the offspring were more likely to develop PTSD if their mothers, but not their fathers, had PTSD as well—suggesting, she writes, “that classic genetic mechanisms are not the sole model of transmission.” In tracing the roots of PTSD, Yehuda tells me, “we need to be looking where we hadn’t even considered looking before”—in the womb.

There’s one more twist to this winding story. Post-traumatic stress syndrome appears to be a reaction to stress gone very wrong, causing its victims tremendous unnecessary suffering. But Jonathan Seckl, Yehuda’s collaborator and a professor of molecular medicine at the University of Edinburgh in Scotland, suggests another way of thinking about PTSD. “What looks like pathology to us might actually be a useful adaptation in some circumstances,” Seckl tells me. “In a particularly dangerous environment, the characteristic manifestations of PTSD—a hyperawareness of one’s surroundings, a quick-trigger response to danger—could save someone’s life.” Other scientists who study prenatal stress have advanced the same conjecture: “We can speculate that extra vigilance and rapid shifts in attention could be adaptive in an environment full of danger or predators,” writes Nicole Talge of the University of Minnesota. “In our own civilization, with no predators, and in which great premium is put in education on focus and concentration, extra vigilance and rapid shifts in attention can be maladaptive, and result in unnecessary anxiety and problems with attention.”

I’m aware that this notion is still speculative, but I find it oddly poignant: It would mean that even before birth, mothers are warning their children that it’s a wild world out there, telling them: Be careful. It would mean that all of us, no matter how privileged or civilized, are never far from what Rachel Yehuda calls “the biology of survival.”

Annie Murphy Paul is a magazine journalist and book author whose writing has appeared in The New York Times Magazine, The New York Times Book Review, Slate, and The Best American Science Writing, among many other publications. A former senior editor at Psychology Today and a recipient of the Rosalynn Carter Mental Health Journalism Fellowship, she is the author The Cult of Personality, a cultural history and scientific critique of personality testing. Her latest book, Origins: How the Nine Months Before Birth Shape the Rest of Our Lives, was published by Free Press in September. New York Times

"a terrific and important new book," and