How a Contagious Dog Cancer Spread Around the World

A type of tumor that can pass between dogs is showing researchers how cancer cells evolve. 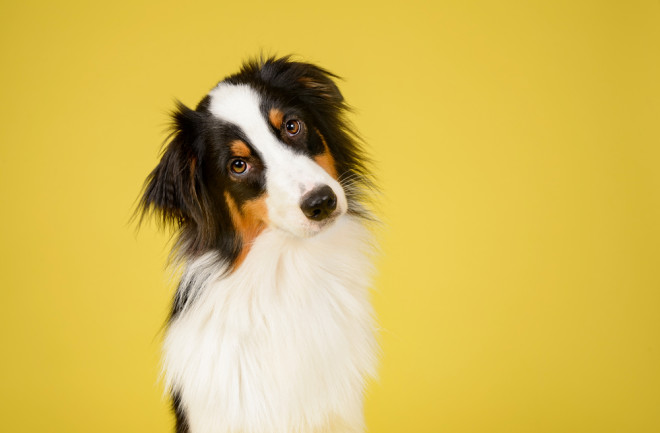 Thousands of years ago in Asia, a dog got cancer. A single cell underwent a mutation that turned it into the beginnings of a tumor. The dog eventually died, but not before passing on a unique legacy: its cancer cells.

Today, those cells are still growing in dogs across the globe. That’s because this particular kind of cancer cell turned out to possess an incredibly rare ability — it could move between hosts.

There are just a few kinds of contagious cancers, those transmissible from one animal to another. Along with dogs, Tasmanian devils, Syrian hamsters and some kinds of marine bivalves round out the list of species who host tumors that can move between hosts like a cancerous parasite.

Now an international team of researchers has analyzed the genetics of the canine transmissible venereal tumor (CTVT) to better understand how these cancer cells have evolved over the span of thousands of years. Along with that, they’ve been able to gain some insights into the history of the tumor’s canine hosts, tracking their path across the seas as companions to sailors. The discovery, published today in Science, is providing valuable information not only about the dogs, but about cancer as well. And tracking how the cells evolve and grow over time could help inform new therapies.

A Cancer That Moves

When a cell becomes cancerous, it is a unique transition, one we don’t quite have language for. A part of the body, once one among trillions, has become something entirely different. Tumors aren’t normally thought of as organisms, of course. But when a cancer is transmissible, the mechanics of which still aren’t well understood, it falls much closer to our definition of a distinct organism than anything else.

“Evolution can make a cancer change into a kind of organism that doesn’t behave like a cancer anymore,” says Adrian Baez-Ortega, a Ph.D. student at Cambridge University and co-author of the research. “It’s a dog cell becoming a different species, which is a parasite of dogs.”

The researchers, led by the Transmissible Cancer Group at Cambridge University, refer to their subject as an “obligate conspecific asexual parasite.” This means, essentially, that the CTVT tumors must be inside a host to survive and cannot live in anything but dogs. They also reproduce asexually, like bacteria do, by splitting themselves in two. Ultimately, the tumor has transcended its origins as the cells of a dog.

CTVT shows up on dogs’ genitalia, and it’s usually passed between them during mating, when a few cells get scraped off and end up in another dogs’ body. For most cancers, this would be a death sentence — the new host’s body would recognize these cells as intruders and kill them off. But CTVT is somehow able to evade detection, or quell any aggressive response.

CTVT can be treated today with chemotherapy, which is usually effective. But the tumors are nonetheless found in dogs around the world.

The researchers think that CTVT’s success rests, in large part, on the maritime trade. By comparing 546 samples from around the world, and using a technique known as a phylogenetic tree, they tracked the tumor cells’ appearance between and 4,000 and 8,000 years ago in central or northern Asia and its subsequent history. The tumor, and the dogs that carried it, began encroaching on Europe around 1,000 years ago, and then, 500 years ago, jumped to the Americas where it spread rapidly. This time period matches up with the proliferation of maritime trade between Europe and the Americas, and it’s a clear sign that canines were taking to the seas as well.

From there, hitching a ride on sailor dogs, CTVT spread to Africa and back around to India, stopping at common shipping destinations like the island of Réunion as it went. Today, this single lineage of cancer cells be found living in dogs all around the world.

But that wasn’t the only insight the researchers were able to glean from their genetic dive into the transmissible tumor’s history. By tracking mutations, they were able to see when and where various kinds occurred. That let them infer what kinds of conditions the canine hosts were experiencing at various point in time. Dogs at lower latitudes have more mutations from exposure to UV light, for example. It’s a way of inferring what sorts of things were going on in the environments ancient dogs inhabited, and with their humans as well, by extension.

But there was one mutational signal they couldn’t find an answer for. Called “Signature A”, it was some sort of environmental pressure that caused heightened levels of mutations in the tumor cells. But they have no idea what it was. All they know is that it abruptly disappeared about 1,000 years ago, right around when the tumor left India.

Baez-Ortega thinks it was probably something in the environment long ago that doesn’t show up now.

“It might have to do with something that the human population was doing at that time,” he says. These early humans might have been experimenting with metal alloys, he says, or perhaps been around an environmental carcinogen that’s since disappeared.

The final result the researchers pulled from their data is one that might hold the most appeal to cancer researchers today. By tracking the mutational history of the tumor, they were able to see what kind of evolutionary forces were acting on its growth and development over the course of thousands of years. Interestingly, they found that there was little natural selection going, of either the positive or negative kind. Selection is the process that promotes organisms with helpful mutations and weeds out those bad ones — it’s the main force behind evolution.

Inside the tumor, however, they saw that mutations just kept piling up randomly, leading over time to a gradual degeneration of the cells’ health.

This is in contrast to normal cancer cells, which will mutate as they grow. This evolution can be an important element in a tumor’s success, as mutations that help them spread come to dominate.

But the opposite is happening in this transmissible tumor. Baez-Ortega says this is probably because most of the genes the cancer cells carry come from dogs, and those aren’t really very helpful to it.

“Most of the genes you would find in a dog, they are not necessary for this cancer to survive,” he says. “So, the cancer doesn’t need any development or any organs or any neurons, doesn’t need cell types.”

As a result, the genes coding for those kinds of things are simply excess baggage. The tumor cells are already good at the one thing they needs to survive: dividing over and over again. And it’s difficult for natural selection to act on things that aren’t used.

But the result, over long periods of time, is that the weight of so many mutations begins to destroy genes, eventually to the point that the cells will have difficulty functioning. This hasn’t happened yet to the CTVT cells, but it will someday. Their ignorance of the exigencies of natural selection will catch up to them one day.

Meanwhile, CTVT’s unique lifestyle might inform cancer treatments today. Adaptive cancer treatments view the disease not as a problem to removed, but a condition to be managed. The philosophy stems from the fact that some cancers, after treatment, will come back more aggressive than before, because all but the most hardy cells have been killed. By treating cancer on an ongoing basis, shrinking but not destroying it, the tumor will never evolve such malignancy. The result would be a tumor that lives alongside you, kept in check with regular treatment.

“If a cancer has the right evolutionary pressures it can actually coexist with organisms, can actually adapt to be a sort of parasite,” Baez-Ortega says.