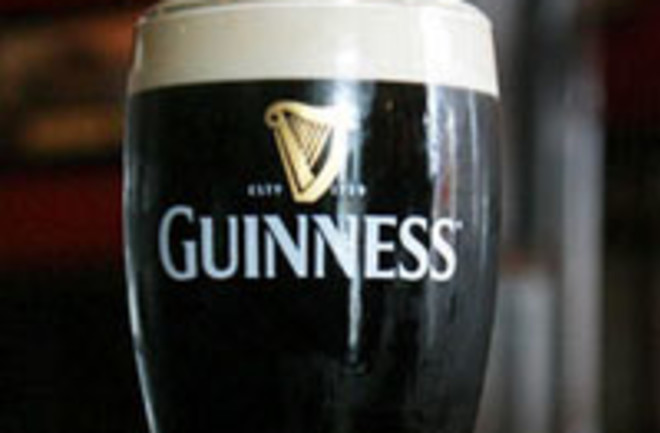 Oh, St. Patrick's Day! Somehow it has become the day of binge drinking, day of doing shots, and the day before contemplating why you spent the last 24 hours drinking your head off. Nonetheless, St. Paddy must be honored, and honor him we shall—with alcohol and some science. We decided to reach into the past and pull out the wondrous mystery of the Guinness beer bubbles. For years, the mysterious downward flowing Guinness bubbles have confounded both professional scientists and drinkers. When the bartender pulls a pint of most any beer, the bubbles can clearly be seen gushing to the top. When a pint of Guinness is poured, however, the bubbles slyly cascade down the sides of the glass, while the beer mysteriously maintains its frothy layer on top. So in 2004, scientists Andy Alexander from the Royal Society of Chemistry and Dick Zare of Stanford University decided to find out why the bubbles act the way they do. After preliminary research trips to the local pub proved unfruitful, they decided to move the scene to a lab where they rigged a high-speed camera to take pictures of the Guinness being poured. The camera could zoom in and magnify the images ten times. The scientists found that the drink's dynamics can be likened to a mini-tornado. When Guinness is poured into a glass, the bubbles dip downwards as they experience drag--similar to what would happen should you run your finger along a glass surface. When they reach the center of the glass, the bubbles rise to the top, setting up a circulating current. The Telegraph explains:

Flowing outwards from the surface, the frothy ''head'', the current hit the glass edge and was pushed down. Bubbles held back by dragging on the side of the glass were caught in the circulation and forced to go with the flow - the wrong way, for a bubble.

A spokesman for the Royal Society says:

More From Discover
Health
This is How Much Water You Should Actually Be Drinking Each Day
Health
What is Epilepsy and What Should We Know About it?
Health
What is Long COVID and What are the Symptoms?
Health
A Blood Test That Screens For Multiple Cancers At Once Promises To Boost Early Detection
Health
Decorate For the Holidays Early and it Might Improve Your Mood
Health
The Surprising History of the Bidet Started with the Wealthy and Brothels
Recommendations From Our Store
My Science ShopDiscover STEM Kits
My Science ShopDiscover 2022 Calendar
My Science ShopStrange Science
My Science ShopElements Flashcards
Shop Now
Stay Curious
Join
Our List