Herpes and Constipation: Firming Up a Loose Connection 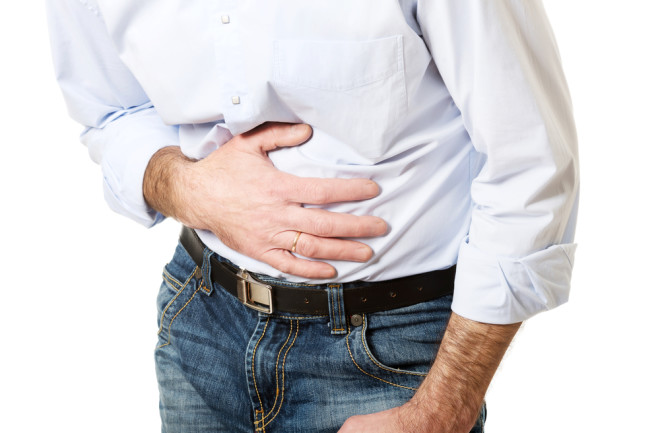 Constipation and an inability to empty the bladder are rare, but not unheard of, complaints from patients who acquire a genital herpes infection.

The thing is, doctors couldn’t say how these seemingly unrelated symptoms were linked to the infection. Now, a team led by Akiko Iwasaki, a professor of immunobiology at Yale University and a Howard Hughes Medical Institute investigator, has discovered a mechanism that directly ties the viral infection with gastrointestinal complications.

The findings were a bit of a surprise for Iwasaki, and her study serves as reminder that even common viral diseases can still pose medical mysteries.

“Perhaps this is the tip of the iceberg, and there are other side effects that we don’t typically associate with this infection,” says Iwasaki. “Viral diseases may be more broad spectrum than we anticipated.”

Traveling Through the Body

Researchers focused their study on “oral herpes,” or herpes simplex type 1 (HSV-1). Though HSV-1 typically causes sores on the mouth and lips, it’s also a leading cause of genital herpes. Iwasaki’s team used mice infected with an HSV-1 analogue, and studied its effects on the body.

They found that in a third of infected mice the virus traveled from genital tissue and into the spinal cord. From there, it spread to the roots of the enteric nervous system, which controls the muscles that help pass bowel movements, and killed neurons.

Once the neurons were incapacitated, the muscles stopped contracting, and mice developed a condition known as toxic megacolon — a potentially fatal complication of inflammatory bowel disease. The mice were helped out with a laxative treatment. The team published its findings Wednesday in the journal Cell Host & Microbe.

In the Human Body

Fortunately, a herpes infection doesn’t affect humans as dramatically as mice, and severe constipation is rare in people with an HSV-1 infection. Still, Iwasaki says her study highlights a previously unrecognized disease process and gives doctors a new target to treat patients who have unexplained chronic constipation.

“When doctors can’t figure out the cause of these chronic intestinal conditions, one thing to look at is a viral infection,” says Iwasaki. “There are other members of the herpes virus family that infect the same sorts of neurons.” Chicken pox, Epstein-Barr and cytomegalovirus are a few viruses Iwasaki cites, as they have been found in neurons that reside in the colon.

Iwasaki is also focusing her research efforts on another poorly understood facet of herpes infections: stress. Although it’s commonly believed that stress is correlated with the reactivation of the virus, we don’t know why — or if — stress actually has this effect. To date, studies haven’t conclusively established this link.

“These are really fundamental questions that non-scientists would have guessed we’d have figured out by now,” she says.