Her Sinusitis Hid a Darker Danger

A strange case of sinus pain and transient paralysis distracts one doctor from a life-threatening condition. 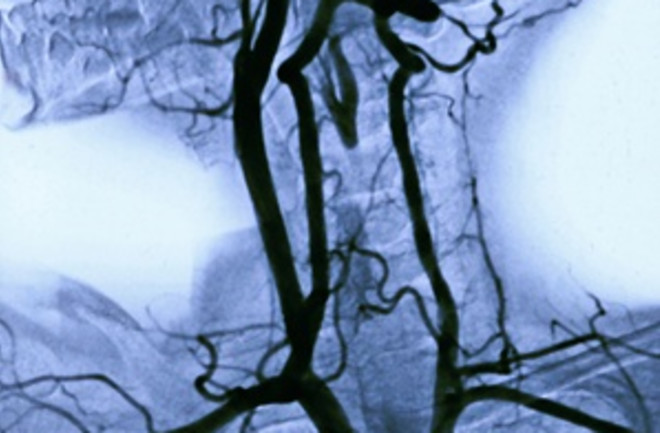 She looked too healthy. In her early 40s, showing zero signs of distress, my newest patient, Lucy, seemed out of place in a bustling emergency room. Shaking her hand as she sat on the gurney, I asked her what brought her in.

“Well,” she began, “I couldn’t move my right arm.” She glanced at her husband as if to confirm: You saw it too, right?

“Today?” I blurted, having just shaken her right hand.

Maybe she had simply slept wrong and her arm had fallen asleep. But although Lucy couldn’t remember whether her arm had been all right when she woke up, she was sure she hadn’t felt any “pins and needles” upon awakening. She had gone to bed with a sinus infection, which had begun the day before. Showing me where her sinus hurt, she placed two fingers below her left eye, over the maxillary sinus, the largest of three pairs of sinus cavities. “Our family doctor said it was sinusitis and prescribed Zithromax,” Lucy said.

These days, it seems you can’t depart a doctor’s office without everyone’s reflex antibiotic, Zithromax. But strictly speaking, a diagnosis of sinusitis requires fever and deep-seated tenderness.

“Does it still hurt?” I asked.

She shook her head.

Maybe the Zithromax, which can sometimes cause insomnia, had disturbed Lucy’s sleep and made her doze in a position that pinned her arm. But there was no way to prove that.

My detailed neurological exam — checking eye movements, strength in all extremities, sensation, reflexes and coordination — found nothing amiss. Without a benign explanation for the arm weakness, I had to consider the worst. Despite Lucy’s utter lack of risk factors such as smoking, diabetes or high blood pressure, I had to concede that my young, healthy patient might have just had a ministroke — a transient ischemic attack, or TIA.

The usual cause of TIAs is a fleck of plaque that breaks off in a large artery, floats downstream, then blocks a smaller vessel in the brain until anti-clotting proteins dissolve it before brain cells start dying — hence the term transient. A TIA is a warning shot that a stroke may be next.

Common symptoms of TIA include neurological problems such as sudden weakness or loss of coordination, dizziness and blurred vision. Such symptoms typically last between 10 minutes and an hour. The problem in diagnosing TIAs is that people feel transient neurological symptoms all the time. Is that hand weakness carpal tunnel syndrome or a clot in the brain’s hand region? Is that dizzy spell low blood sugar or a hit to the cerebellum, which affects coordination?

Telling a mimic from a real TIA can be tricky. The standard head CT scan, which generates multiple image slices of the brain, is great for detecting tumors, hemorrhage and the black holes in the brain that denote old strokes, but it usually cannot show strokes that have occurred within the past six hours, and it does not reveal neck and brain arteries in detail. MRI is better at seeing new or small strokes, but it takes more time and money. Arteries are best assessed through ultrasound, MRI or a CT scan that uses contrast dye to illuminate internal structures.

Ten years ago, debate seesawed over whether to hospitalize suspected TIA cases. With a 5 percent or greater risk (depending on what risk factors are present) of full-blown stroke in the next two days and around 30 percent lifelong risk, the decision to admit or discharge smacked of Russian roulette. As more stroke centers sprang up, producing better data, the answer crystallized: TIA patients admitted for rapid diagnostic workups and treatment of risk factors with anti-hypertensives, blood thinners and cholesterol-lowering drugs did better.

Lucy’s CT scan showed a healthy young brain. Lab work was likewise perfect. I considered ordering an MRI or an ultrasound of the carotids, but hospital rules wouldn’t let me order them unless I admitted Lucy first. Her family doctor, however, could order the tests on an outpatient basis.

“Can you see your doc tomorrow?” I asked. Lucy and her husband nodded.

“OK, I’ll call her and explain what we’ve got so far. Officially, I’m saying you’ve had a TIA. I’ll start you on aspirin right now, then one a day, to prevent future strokes. The workup can be done over the next 24 hours. Bringing you in seems like overkill.”

Pleased with myself for being cost-conscious, I sent Lucy home.

Later that week, a colleague uttered the words every ER doc dreads: “Hey, remember that woman you sent home? With the TIA?”

An acetylene torch ignited in my chest. “The 45-year-old?” I said, knowing that the news was bad even before he responded.

He nodded. And then: “MRI showed a carotid dissection.”

Now You See It, Now You Don’t

A sliced carotid artery has the power to shoot blood a distance of five feet. You can feel that power — without removing your head — if you press two fingers beneath both sides of your lower jaw. You’ll feel the arteries pulsate, feeding the brain’s incessant demand for oxygenated blood. The carotids are constructed in three layers. If blood jetting out of the heart tears the inner lining, it can split, or dissect, the remaining layers apart.

Like a grenade detonated in a confined space, dissections make bad, scattershot things happen. If the inner layer bulges far enough into the artery’s bore, it can cork it, leaving half the brain bloodless; newly turbulent flow can spawn small clots that float downstream, blocking blood supply to the brain and leading to stroke. Alternatively, the jet can balloon the outer wall of the artery against the cranial nerves that go to the ear, face, tongue and throat, causing odd pain, numbness or weakness.

Buildup of plaque in blood vessels and certain congenital connective-tissue diseases increase the risk for carotid dissection, as do blows to the head or manipulation of the neck. But most carotid dissections occur in healthy, young people, accounting for one-quarter of strokes in patients under 50.

It’s bad enough that carotid dissection afflicts young people who aren’t supposed to get strokes. Even worse are its migratory symptoms, which often imitate less dangerous ailments. Take Lucy’s “sinusitis.” By the laws of anatomy, a carotid dissection should hurt in the neck. Sometimes it does, but just as often — due to its proximity to the cranial nerves coming out of the skull — it pulls a ventriloquist’s trick, irritating those nerves so that the brain perceives pain or numbness coming from the head, face or tongue, symptoms that mimic, for instance, a sinus infection.

A dissection can also afflict the eyes, in two ways. Small clots can clog the retinal artery, blurring or limiting vision. Such problems are often misdiagnosed as intrinsic eye malfunctions. The second trick is even more esoteric. Along the outer carotid sheath run special nerve fibers that control pupil size and eyelid function. If they get disrupted, the pupil shrinks and the lid droops — a phenomenon known as Horner’s syndrome. This condition can easily be overlooked because 20 percent of people have unequal pupils, called anisocoria, which is benign.

The final curveball is the variable time course. The symptoms of carotid dissection can wax, wane and change (why did my patient’s “sinusitis” get better?) for four days, on average, before a full-blown stroke hits. That allows time for diagnosis, but no room for excuses.

“How is she?” I rasped, my heart still in free fall. Was Lucy paralyzed? Was she comatose?

My colleague cracked a sympathetic smile. “She did what you told her and got the MRI the next morning,” he said. “They read it quickly and brought her back to the ER. Plus, you already had her on aspirin. We transferred her to the stroke center.”

I finally got it: Left facial pain and right arm weakness equals left carotid dissection. Lucy’s bulging left carotid irritated her left facial nerve; a few days later it sent a clot — which broke up in 45 minutes — to the area in her left brain that controls her right arm.

The treatment for carotid dissection is anti-coagulation with aspirin or heparin to impede clot formation in the turbulent, dissecting artery.

At the stroke center, they switched Lucy to heparin, then back to aspirin. Had she deteriorated, a mesh tube called a carotid stent could have been placed inside her artery to preserve blood flow. But to my gargantuan relief, Lucy remained neurologically intact.

Eight months later, we met again, when Lucy was back in the ER for headache and slight tingling of her right hand. Understandably, any new symptom made her worry the dissection was back. I recognized her right off.

“You look great,” I announced. And, seeing she didn’t recognize me: “We met back when you were first diagnosed.”

Better that, I thought, than, “Hey! You’re the doc who missed it.”

The plan, though she looked as healthy as last time, was an MRI right away, then transfer to her specialists. Said the humbled doctor at her bedside, “No sense taking chances, is there?”