Her identity by descent made flesh 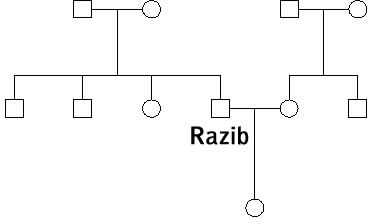 As I have indicated before, my daughter has a family tree where everyone out to 0.25 coefficient of relatedness has been genotyped by 23andMe. This is convenient in many ways. Before, relatedness was a theory. Now relatedness can be ascertained on the genomic level. Sometimes this can lead to peculiar consequences. "On paper" my daughter is 1/8 Scandinavian. Or 12.5%. But truly the expected value is 13.5%! (weighting by contributions from each maternal grandparent). Still, this remains an expected value. I would need a large sample of Scandinavians from that locale to make a truly precise guess as to the genetic contribution. Similarly, though I come in at about ~15 percent East Asian, my daughter looks to be a bit more East Asian than you'd expect based on that value (i.e., closer to 8-8.5 percent; I run her genotype more than a dozen times now). This may be a bias in the methodology, or, more likely it is simply the sampling error from my genome (I contributed more East Asian segments in the chromosomes passed down). In any case, 23andMe has a "family inheritance" feature which is very convenient. It illustrates visually chromosome by chromosome the extent to which two individuals match genomic segments. Presumably this is useful for those who are distant cousins, who may match on a segment here and there. Instead of just focusing on one base pair, A/C/G/T, the method looks at the correlations of bases across a sequence of the chromosome. Below are the visualizations for matches of each individual with my daughter, in sequence: father, mother, paternal grandfather, paternal grandmother, maternal grandfather, maternal grandmother, paternal uncle, paternal uncle, paternal aunt, and maternal uncle. And no, I don't know why it has an XY in the plots. For those of you without a biological background I hope that this can help in getting across how Mendelism manifests in a concrete manner. And if you do have a biological background, you can infer from these matches other interesting information about the meiotic process. 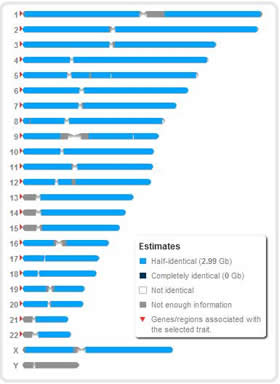 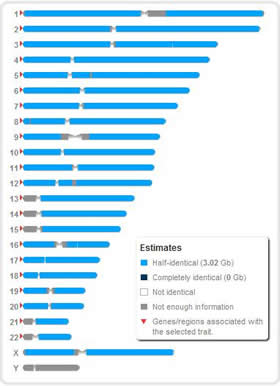 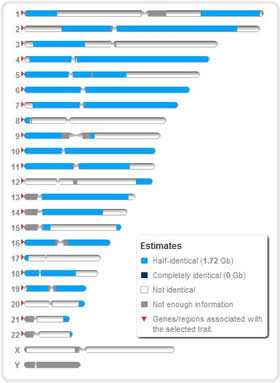 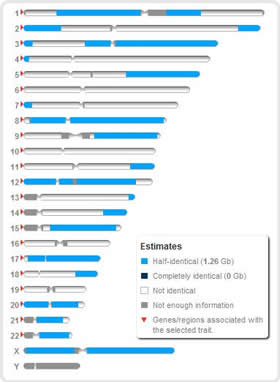 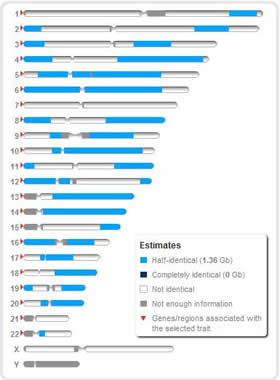 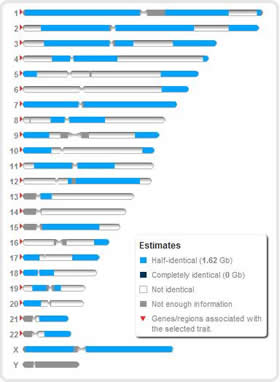 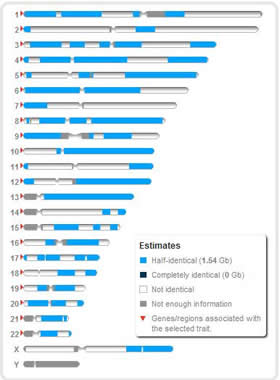 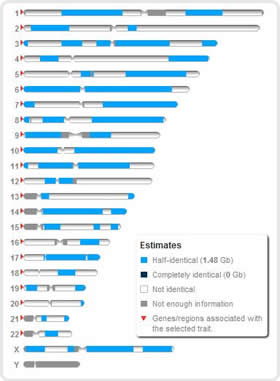 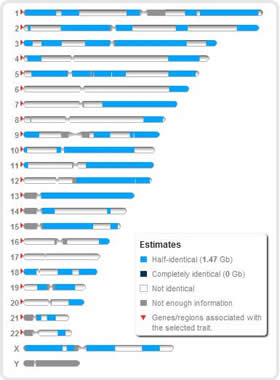 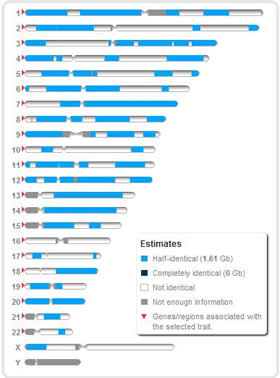