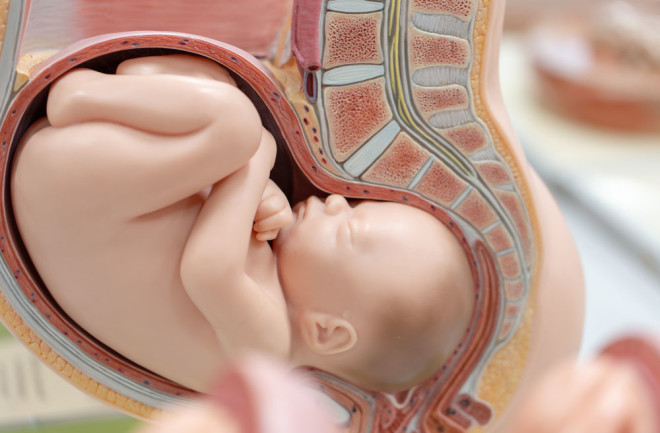 Not getting enough oxygen to tissues during pregnancy can lead to offspring with high blood pressure as adults. Vitamin C may counteract that. (Credit: Rattiya Thongdumhyu/shutterstock)

High blood pressure in adulthood may extend all the way back to before birth, according to new research in sheep. Scientists found not getting enough oxygen to tissues during pregnancy led to offspring with high blood pressure as adults. However, giving a high-dose of vitamin C to pregnant ewes seemed to counteract that. The researchers say the results point to the need for proactive prevention strategies rather than reactive treatments.

“Treatment should start as early as possible during the developmental trajectory, rather than waiting until adulthood when the disease process has become irreversible,” said Dino Giussani, a physiologist at the University of Cambridge in the United Kingdom, who led the new research.

The researchers followed sheep pregnancies in the third trimester. Sheep have comparable gestational milestones to humans. And newborn Welsh Mountain lambs, their test subjects, also weigh about the same as human infants at birth. These similarities make the mammals better models for human pregnancy than rodents. Additionally, rodents’ cardiovascular development is not complete until two weeks after birth, which is not the case for humans or sheep.

For their experiment, the team kept pregnant sheep in chambers that controlled the amount of oxygen in the air. Some ewes lived in an atmosphere equivalent to sea level, whereas other ewes lived in a high-altitude-like environment with oxygen levels around 10 percent, or just less than half the amount at sea level.

Baby lambs living in the low oxygen setting were had stunted growth, the researchers found. The small newborns weighed less and were born earlier than lambs born to mothers in a normal oxygen environment, the scientists reported Jan. 22, in the journal PLOS Biology. And, by adulthood, offspring from the hypoxic pregnancies also had high blood pressure.

Yet, when Giussani and his colleagues gave moms in the hypoxic environment daily doses of vitamin C, the offspring were not growth restricted and did not develop high blood pressure as adults, the scientists found.

“Our discoveries emphasize that when considering strategies to reduce the overall burden of heart disease, much greater attention to prevention rather than treatment is required,” Giussani said.

Still, the team urged caution about handing out the supplement as a precaution in all pregnancies. The researchers also found cells that line major blood vessels in the leg did not work as well in offspring born to ewes in the normal oxygen environment that also received the vitamin C supplement. Instead, the scientists recommend reserving the treatment for diagnosed hypoxic pregnancies only.