Harnessing Evolution to Improve Our Health

Lots of modern diseases arise from the mismatch between our hunter-gatherer origins and our modern lifestyles. What can be done? 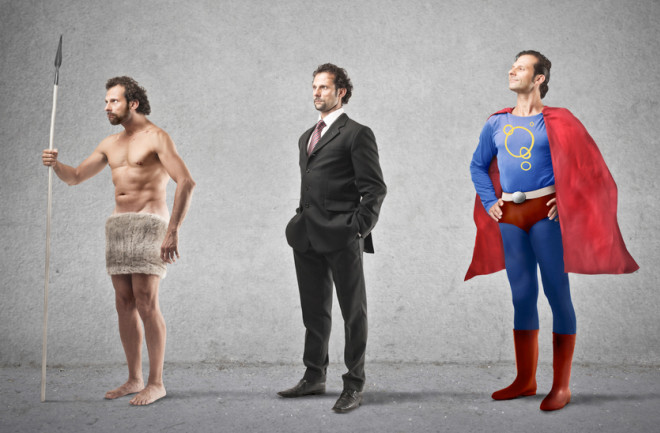 Harvard evolutionary biologist Daniel Lieberman has written extensively about so-called mismatch diseases — that is, diseases that arise out of our ancestors' transition from hunting and gathering to farming. Those diseases could include everything from obesity and Type 2 diabetes to toe fungus and back pain.

Here, Lieberman offers his proposal for how to combat the problem of mismatch diseases.

If you are concerned about the obesity epidemic, the global surge of chronic noninfectious diseases, rising costs of health care, or your family’s health, then ask yourself if you agree with the following three statements:

If you concur, then the last remaining option is to change people’s environments in ways that promote health through prevention. But how?

As a thought experiment, imagine that a tyrant who is both a health freak and obsessed by the cost of health care seizes control of your country and enforces radical changes to people’s daily lives. Soda, fruit juice, candy, and other sugar-laden foods are banned, as are potato chips, white rice, white bread, and other simple carbohydrates. Fast-food restaurant owners are sent to prison, as are smokers, drunkards, and anyone who pollutes food, air, or water with a known carcinogen or toxin. Farmers are no longer subsidized to grow corn, and cows must be fed grass or hay. Everyone is mandated a regime of daily push-ups, 150 minutes of vigorous exercise per week, 8 hours of sleep per night, and regular tooth flossing.

Salubrious as it may seem, this sort of fascist national health camp is fortunately impossible (there would be an uprising or a coup d’état) and ethically wrong, because human beings have the right to decide what to do with their bodies. But it is almost certain that many common mismatch diseases would become rarer, as would the incidence of some cancers.

Freedom is more precious than good health, but can we change our environments effectively in a way that also respects people’s rights? An evolutionary perspective, I think, provides a useful framework based on two principles.

The first is that since all diseases result from gene-environment interactions, and we cannot reengineer our genes, the most effective way to prevent mismatch diseases is to reengineer our environments. The second principle is that the human body was adapted by millions of generations of what Darwin called “the struggle for existence” in conditions that differ substantially from today’s. Until recently, humans had little choice but to behave in ways that natural selection dictated. Your ancestors were generally compelled by circumstance to eat a naturally healthy diet, to get plenty of physical activity and sleep, and to avoid chairs, and they were rarely if ever able to live in crowded, permanent, filthy settlements that promoted infectious diseases. It therefore follows that humans did not always evolve to choose to behave in ways that promoted health but instead were coerced by nature. Put differently, an evolutionary perspective suggests that we sometimes need help from external forces in order to help ourselves.

Let’s start with children because it is relatively uncontroversial to regulate the environments of children, who often cannot make rational decisions in their own best interests. Further, poor fitness, obesity, and exposure to harmful chemicals during childhood have strong negative effects on later health outcomes. Therefore, one obvious place to start would be to mandate more physical education in schools, with an emphasis on fitness over sports. The U.S. surgeon general recommends one hour of physical activity per day for children and teenagers, but only a minority of American students are this active. For example, a study of more than five hundred American high schools found that only about half of the students participate in physical education at all, and few got even half as much as the surgeon general recommends.

What about college? Most colleges used to require physical education but rarely do today. The school where I teach, Harvard, for example, dropped its physical education requirement in 1970, and surveys of Harvard students indicate that only a minority exercise vigorously more than three times a week.

A more contentious realm of regulations to consider regarding children is junk food. There is nearly universal consensus that we should prohibit selling and serving alcohol to minors because wine, beer, and spirits can be addictive and, when used to excess, ruinous for their health. Is excess sugar any different? From an evolutionary perspective, how different would it be to limit the sale to children of soda, sweetened beverages, and other sugar-laden foods, which are also addictive and unhealthy in large quantities? We evolved to crave sugar, but most wild fruits have very little sugar, and the only very sweet food that hunter-gatherer kids ever got to enjoy was honey.

What about fast foods? These industrially engineered foods pose little risk in small and infrequent quantities, but they slowly cause ill health when overconsumed, and we crave them to the point of addiction. Consequently, is banning or limiting the consumption of French fries and soda in schools different from requiring children to wear seat belts? For that matter, is limiting the sale of these foods outside of school different from limiting what kinds of movies they can attend?

Regulating what children do may be acceptable, albeit unpopular (especially with the food industry and their many lobbyists), but adults are a different matter, because they have the right to get sick. In addition, we usually afford companies the right to sell consumers products that they want, such as cigarettes and chairs, regardless of whether they are healthful.

But, in actual fact, there are plenty of exceptions to these rights. In the United States it is illegal to sell not only LSD and heroin, but also unpasteurized milk and imported haggis (the national dish of Scotland). In the spirit of soft paternalism, a more sensible and fairer tactic is to enact regulations to help people make choices they can rationally judge to be in their self-interest. Since taxing things is less coercive than banning them, perhaps a first step is to tax or charge individuals for the unhealthy choices they knowingly make that affect others. In this regard, is taxing soda or fast food different from taxing cigarettes and alcohol?

I am sure you can think of many nudges (or shoves) that could help make modern environments better promote prevention. One might be to regulate advertising for junk foods, as we do for cigarettes and alcohol. (Every large soda could come with a label that says “surgeon general’s warning: Consuming too much sugar causes obesity, diabetes, and heart disease.”) Another is to require packaged foods to label the content and quantity of food portions unambiguously and without deception, and to cease marketing highly fattening sugar-laden food as “fat free.” Perhaps we can require buildings to make stairs more accessible than elevators.

Yet more nudges would be to stop rewarding or incentivizing individuals and companies to act in ways that promote disease. Such logic suggests that we cease subsidizing farmers to grow so much corn that gets turned into high fructose corn syrup, corn-fed beef, and other unhealthy foods.

Evolution as the Solution

In short, if cultural evolution got us into this mess, then shouldn’t cultural evolution be able to get us out? For millions of years, our ancestors relied on innovation and cooperation to get enough food, to help care for one another’s children, and to survive in hostile environments, such as deserts, tundras, and jungles. Today we need to innovate and cooperate in new ways to avoid eating too much food, especially excess sugar and processed industrial foods, and to survive in cities, suburbs, and other unnatural environments.

We therefore need government and other social institutions on our side, because we never evolved to choose healthy lifestyles. Most people don’t get sick through any fault of their own, but instead they acquire chronic illnesses as they age because they grew up in an environment that encourages, entices, and sometimes even forces them to become sick. For many of these diseases, we can then only treat the symptoms. Unless we want to end up as a species ever more dependent on medicines and expensive technologies to cope with the symptoms of preventable diseases, we need to change our environments.

In fact, it is questionable whether we can continue to afford the cost of our current trajectory of increased longevity and population sizes combined with increased chronic morbidity. I think it is reasonable to conclude that cultural evolutionary processes today are gradually replacing one form of coercion with another. For millions of years, our ancestors were required to consume a naturally healthy diet and to be physically active. Cultural evolution, especially since humans began farming, has transformed how our bodies interact with the environment. Many people today still live in poverty and suffer from diseases caused by poor sanitation, contagion, and malnutrition that were much less common in the Paleolithic.

Those of us fortunate enough to live in the developed world have escaped those miseries, and we can now choose to be inactive as much as we want and eat whatever we crave. In fact, for some, such habits are the default setting. Those choices or urges, however, often make us sick in other ways, which then compel us to treat our symptoms.

Right now, we are generally satisfied with the system we have created, thanks to long life spans and overall decent health. But we could do better.

Excerpted from The Story of the Human Body, by Daniel E. Lieberman. Used with permission.