Hacking the Nervous System to Heal the Body

The brain might be using the nervous system — specifically the vagus nerve — to tell the body to switch off inflammation everywhere. 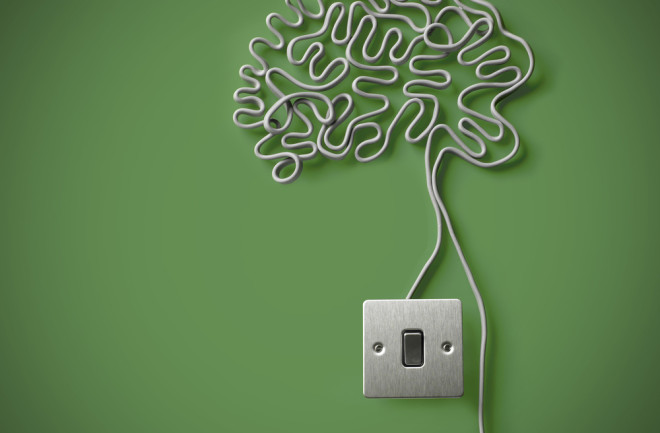 Kevin Tracey, a neurosurgeon based in New York, is a man haunted by personal events — a man with a mission. “My mother died from a brain tumor when I was five years old. It was very sudden and unexpected,” he says. “And I learned from that experience that the brain — nerves — are responsible for health.”

This background made him a neurosurgeon who thinks a lot about inflammation. He believes it was this perspective that enabled him to interpret the results of an accidental experiment in a new way.

In the late 1990s, Tracey was experimenting with a rat’s brain. “We’d injected an anti-inflammatory drug into the brain because we were studying the beneficial effect of blocking inflammation during a stroke,” he recalls. “We were surprised to find that when the drug was present in the brain, it also blocked inflammation in the spleen and in other organs in the rest of the body. Yet the amount of drug we’d injected was far too small to have got into the bloodstream and traveled to the rest of the body.”

After months puzzling over this, he finally hit upon the idea that the brain might be using the nervous system — specifically the vagus nerve — to tell the spleen to switch off inflammation everywhere.

It was an extraordinary idea — if Tracey was right, inflammation in body tissues was being directly regulated by the brain. Communication between the immune system’s specialist cells in our organs and bloodstream and the electrical connections of the nervous system had been considered impossible. Now Tracey was apparently discovering that the two systems were intricately linked.

The first critical test of this exciting hypothesis was to cut the vagus nerve. When Tracey and his team did, injecting the anti-inflammatory drug into the brain no longer had an effect on the rest of the body. The second test was to stimulate the nerve without any drug in the system. “Because the vagus nerve, like all nerves, communicates information through electrical signals, it meant that we should be able to replicate the experiment by putting a nerve stimulator on the vagus nerve in the brainstem to block inflammation in the spleen,” he explains. “That’s what we did and that was the breakthrough experiment.”

‘Vagus’ is Latin for ‘wandering’ and indeed this bundle of nerve fibers roves through the body, networking the brain with the stomach and digestive tract, the lungs, heart, spleen, intestines, liver and kidneys, not to mention a range of other nerves that are involved in speech, eye contact, facial expressions and even your ability to tune in to other people’s voices. It is made of thousands and thousands of fibers and 80 per cent of them are sensory, meaning that the vagus nerve reports back to your brain what is going on in your organs.

Not all vagus nerves are the same, however: some people have stronger vagus activity, which means their bodies can relax faster after a stress. The strength of your vagus response is known as your vagal tone and it can be determined by using an electrocardiogram to measure heart rate. Every time you breathe in, your heart beats faster in order to speed the flow of oxygenated blood around your body. Breathe out and your heart rate slows. This variability is one of many things regulated by the vagus nerve, which is active when you breathe out but suppressed when you breathe in, so the bigger your difference in heart rate when breathing in and out, the higher your vagal tone.

Research shows that a high vagal tone makes your body better at regulating blood glucose levels, reducing the likelihood of diabetes, stroke and cardiovascular disease. Low vagal tone, however, has been associated with chronic inflammation. As part of the immune system, inflammation has a useful role helping the body to heal after an injury, for example, but it can damage organs and blood vessels if it persists when it is not needed.

Having found evidence of a role for the vagus in a range of chronic inflammatory diseases, including rheumatoid arthritis, Tracey and his colleagues wanted to see if it could become a possible route for treatment. The vagus nerve works as a two-way messenger, passing electrochemical signals between the organs and the brain. In chronic inflammatory disease, Tracey figured, messages from the brain telling the spleen to switch off production of a particular inflammatory protein, tumour necrosis factor (TNF), weren’t being sent. Perhaps the signals could be boosted?

Tracey designed the trial with his collaborator, Paul-Peter Tak, professor of rheumatology at the University of Amsterdam. Tak had long been searching for an alternative to strong drugs that suppress the immune system to treat rheumatoid arthritis. “The body’s immune response only becomes a problem when it attacks your own body rather than alien cells, or when it is chronic,” he reasoned. “So the question becomes: how can we enhance the body’s switch-off mechanism?”

When Tracey called him to suggest stimulating the vagus nerve might be the answer by switching off production of TNF, Tak quickly saw the potential and was enthusiastic to see if it would work. Vagal nerve stimulation had already been approved in humans for epilepsy, so getting approval for an arthritis trial would be relatively straightforward.

And patients on the trial had transformative experiences. The results are still being prepared for publication but Tak says more than half of the patients showed significant improvement and around one-third are in remission — in effect cured of their rheumatoid arthritis. Sixteen of the 20 patients on the trial not only felt better, but measures of inflammation in their blood also went down. Some are now entirely drug-free.

“We have shown very clear trends with stimulation of three minutes a day,” Tak says.

Tak suspects that patients will continue to need vagal nerve stimulation for life. But unlike the drugs, which work by preventing production of immune cells and proteins such as TNF, vagal nerve stimulation seems to restore the body’s natural balance. It reduces the over-production of TNF that causes chronic inflammation but does not affect healthy immune function, so the body can respond normally to infection.

Having an electrical device surgically implanted into your neck for the rest of your life is a serious procedure. But the technique has proved so successful — and so appealing to patients — that other researchers are now looking into using vagal nerve stimulation for a range of other chronic debilitating conditions, including inflammatory bowel disease, asthma, diabetes, chronic fatigue syndrome and obesity.

The implications of being able to simply and cheaply improve vagal tone, and so relieve major public health burdens such as cardiovascular conditions and diabetes, are enormous. It has the potential to completely change how we view disease. If visiting your doctor involved a check on your vagal tone as easily as we test blood pressure, for example, you could be prescribed therapies to improve it. But this is still a long way off: “We don’t even know yet what a healthy vagal tone looks like,” cautions researcher Bethany Kok.

What seems more likely in the shorter term is that devices will be implanted for many diseases that today are treated by drugs: “As the technology improves and these devices get smaller and more precise,” says Kevin Tracey, “I envisage a time where devices to control neural circuits for bioelectronic medicine will be injected – they will be placed either under local anaesthesia or under mild sedation.”

However the technology develops, our understanding of how the body manages disease has changed for ever. “It’s become increasingly clear that we can’t see organ systems in isolation, like we did in the past,” says Paul-Peter Tak. “It sounds logical but it’s not how we looked at it before.”

This story first appeared on Mosaic and is republished here in an edited form.