Grow new organs, or get them from animals? 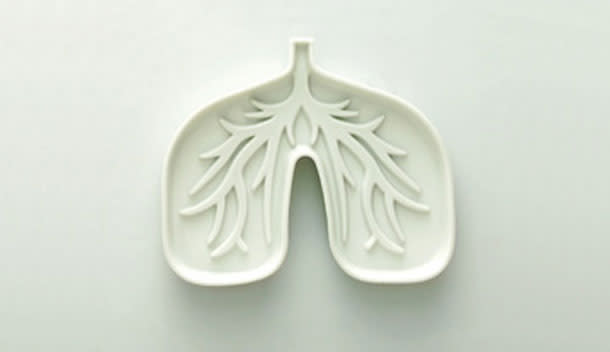 We don’t have enough organs. Due to our ageing population and the rising burden of chronic diseases, the organs of living people are failing. Meanwhile, those of the recently dead continue to be in short supply, despite well-funded initiatives to increase donation. So what can we do? In a new feature for The Scientist, I explore two very different solutions to the organ shortage: transplanting them from animals, and growing them afresh. Both approaches have been chugging along for many years, and proponents of both think that they’re on the cusp of something big. I go into a fair bit of detail about the history behind both routes, where they are now, and where they might reasonably get to in the future. This isn’t an easy piece to structure – it’s almost like two mini-features. But I was struck at how people who work on both approaches were drawn into the field by their frustration at being able to save terminally ill patients but just not having the replacement parts to do it. Do have a read. Here’s the first act, to whet your appetite:

For Joseph Vacanti, the quest to build new organs began after watching the death of yet another child. In 1983, the young surgeon was put in charge of a liver transplantation program at Boston Children’s Hospital in Massachusetts. His first operation was a success, but other patients died without ever being touched by a scalpel. “In the mid-80s, kids who were waiting for organs had to wait for a child of the same size to die,” says Vacanti. “Many patients became sicker and sicker before my eyes, and I couldn’t provide them with what they needed. We had the team, the expertise, and the intensive care units. We knew how to do it. But we had to wait.” On the other side of the Atlantic, David Cooper was having the same problem. Having taken part in the first successful series of heart transplants in the United Kingdom, he had moved to South Africa to run a transplantation program at the University of Cape Town Medical School. At the time, people had a 50/50 chance of surviving such a procedure, but Cooper recalls that most of his patients were killed by a lengthy wait. “We just didn’t have enough donors,” he says. Today, the organ shortage is an even bigger problem than it was in the 1980s. In the United States alone, more than 114,000 people are on transplant lists, waiting for an act of tragedy or charity. Meanwhile, just 14,000 deceased and living donors give up organs for transplants each year. The supply has stagnated despite well-funded attempts to encourage donations, and demand is growing, especially as the organs of a longer-lived population wear out. Faced with this common problem, Vacanti and Cooper have championed very different solutions. Cooper thinks that the best hope of providing more organs lies in xenotransplantation—the act of replacing a human organ with an animal one. From his time in Cape Town to his current position at the University of Pittsburgh, he has been trying to solve the many problems that occur when pig organs enter human bodies, from immune rejection to blood clots. Vacanti, now at Massachusetts General Hospital, has instead been developing technology to create genetically tailored organs out of a patient’s own cells, abolishing compatibility issues. “I said to myself: why can’t we just make an organ?” he recalls.

In the race to solve the organ shortage, xenotransplantation is like the slow and steady tortoise, still taking small steps after a long run-up, while organ engineering is more like a sprinting hare, racing towards a still-distant finish line. Most of those betting on the race are backing the hare. Industry support has dried up for xenotransplantation after years of slow progress, leaving public funders to pick up the expensive tab. Stem cells, meanwhile, continue to draw attention and investment. But both fields have made important advances in recent years, and the likely winner of their race—or whether it will result in a draw—is far from clear. Photo by Socialisbetter