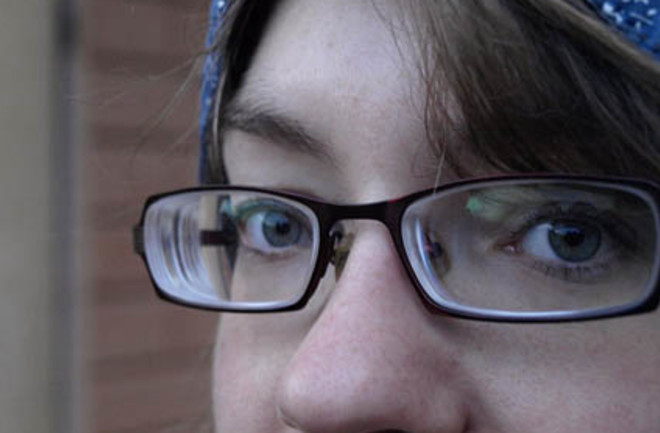 The genetics behind near-sightedness are coming into focus. In studies (1, 2) in Nature Genetics that looked at more than 4,000 people, scientists report that variations in a gene called RASGRF1 are partly responsible for whether or not a person develops myopia.

"It is not quite the end of glasses yet but clearly the hope is that we will be able to block the genetic pathways that causes shortsightedness," said Dr Christopher Hammond at King's College London, an eye surgeon who led the British research. [The Telegraph]

Myopia is thought to be hereditary, but there's growing evidence that environmental factors—like staring at a computer screen all day long—have made the condition rampant in modern society. Hammond, though, envisions that someday treatments in the form of eye drops or tablets for kids could be crafted to block the genetic pathways for near-sightedness. Says Hammond:

“We are certainly only at the stage of starting to discover the pathways, and our results suggest there are probably many genes each of small effect in the population – so there is no single myopia gene. Rather like a deck of cards, we are dealt many variants which may increase or decrease our risk, and if you are dealt a lot of high numbers, so to speak, you are more likely to end up myopic.” [Optometry Today]

So this is not quite sayonara for spectacles. Hammond told Optometry Today

it will be difficult to suss out all the genes at play in eye development and target the ones that lead to myopia without messing up anything else. In addition, the discovery doesn't address the onset of far-sightedness for many people as they age, so reading glasses aren't going anywhere. Plus, speaking for bespectacled people everywhere, we look good. Related Content: Gene Expression: The Myopia Epidemic!

80beats: The Eyes Have It: Lab-Made Corneas Restore Vision