Good News: Fukushima Radiation Should Not Cause a Rise in Cancer Cases 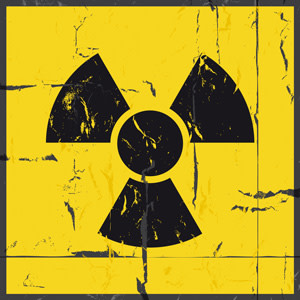 Two new reports on radiation doses received by workers and civilians near the Fukushima Daiichi nuclear meltdown last year indicate that there will be very little, if any, increase in their cancer risk. The reports, put together by the United Nations Scientific Committee on the Effects of Atomic Radiation (UNSCEAR) and the World Health Organization and slated to be presented in Vienna this week, draw on all the available data about the crisis and include detailed information about exposure, according to Nature News

, which has the exclusive:

[UNSCEAR] scoured anonymized medical data for 20,115 workers and contractors employed by the Tokyo Electric Power Company, which runs the plant. It found that 146 employees and 21 contractors received a dose of more than 100 millisieverts (mSv), the level at which there is an acknowledged slight increase in cancer risk. Six workers received more than the 250 mSv allowed by Japanese law for front-line emergency workers, and two operators in the control rooms for reactor units 3 and 4 received doses above 600 mSv, because they had not taken potassium iodide tablets to help prevent their bodies from absorbing radio­active iodine-131. So far, neither operator seems to have suffered ill effects as a result of their exposure.

The levels of exposure for civilians was much, much smaller, and neither employees nor civilians are expected to have statistically higher rates of cancer. But not everyone Nature News spoke to was totally at ease with the reports; after the way the Japanese government and energy utilities handled the disaster, many people are extremely distrustful of official estimates claiming that there is little risk

Tatsuhiko Kodama, head of the radioisotope centre at the University of Tokyo and an outspoken critic of the government, questions the reports’ value. “I think international organizations should stop making hasty reports based on very short visits to Japan that don’t allow them to see what is happening locally,” he says.

In fact, post-traumatic stress left by the disaster may be more of a health worry than cancer. Evelyn Bromet, a psychiatric epidemiologist at the State University of New York, Stony Brook, told Nature that she was shocked by what she'd learn of survivors' mental states.

“I’ve never seen PTSD questionnaires like this,” she says of a survey being conducted by Fukushima Medical University. People are “utterly fearful and deeply angry. There’s nobody that they trust any more for information.”

Get the full story