Good News for Women Who Hate Going to the Gyno 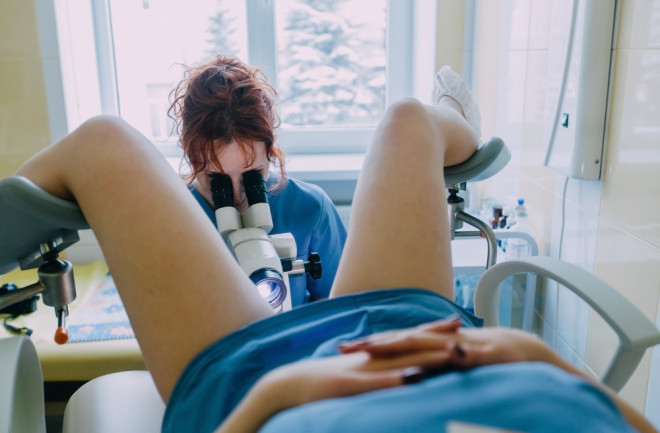 Cervical cancer occurs when abnormal cells grow at a fast rate inside the cervix, and is often caused by an HPV infection. According to the Center for Disease Control and Prevention, about one in four people are infected with HPV in the U.S. But not all HPV strains are cancerous. There’s no way to prevent someone from getting cancer with 100 percent certainty, but there are steps women can take in order to prevent and catch cervical cancer. According to the USPSTF, cervical cancer is the 18th most common cancer-related death. And most of those deaths are because women haven’t been properly screened or properly treated. However, the number of deaths related to cervical cancer has decreased significantly since the implementation of widespread screening for the disease in the 1960s. In the U.S., there were 2.8 deaths per 100,000 women in 2000, while there were 2.3 deaths per 100,000 women in 2014. Currently, pap smears and HPV tests are often done at the same time, which is called co-testing. But this is not included in the new recommendations ― clinical trial evidence and modeling suggest that co-testing can actually lead to more follow-up tests and doesn’t lead to an increase in detection of cervical cancer. What about the virus that’s known to cause cervical cancer? Girls ages 9 to 14 years can get the HPV vaccination, which has successfully lowered the cancer-causing HPV strains. When the HPV vaccine was first introduced in early 2006, three doses were recommended, but last year it changed to two. However, three doses are still recommended for those ages 15 to 21. Boys can also receive the HPV vaccination. Pap smear and HPV tests are both conducted by gathering cells from the cervix, so there’s no escaping the awkward knees wide, feet in the stirrups position. However, as a woman myself, knowing I may have an option to go to the gynecologist less is music to my ears. And men? Well, I’m sure you’ve heard gyno horror stories.