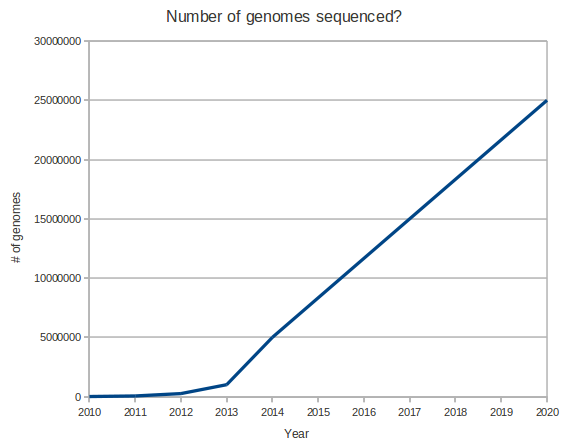 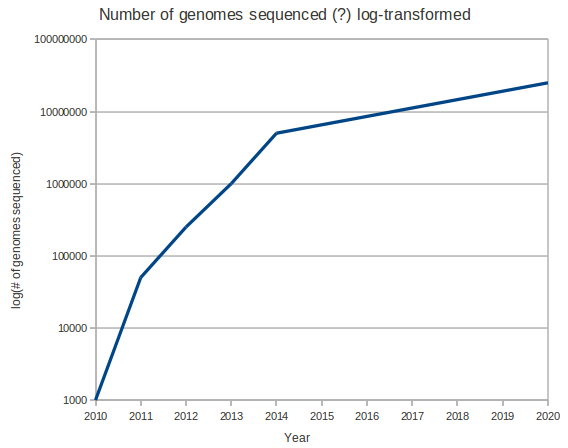 Of course GenomeQuest sells analytics tools for the tsunami of genomic data which they see cresting. Though if only 25,000,000 people have whole genome sequenced by the year 2020, I'm not sure if we'll feel that it's a "tsunami" of data at that point. I'm sure there would be plenty of stories about the "sequencing gap" between different communities, by class and race and what not. But what do you think about GenomeQuest's projections?