Genetics May Decide If Skin Tans 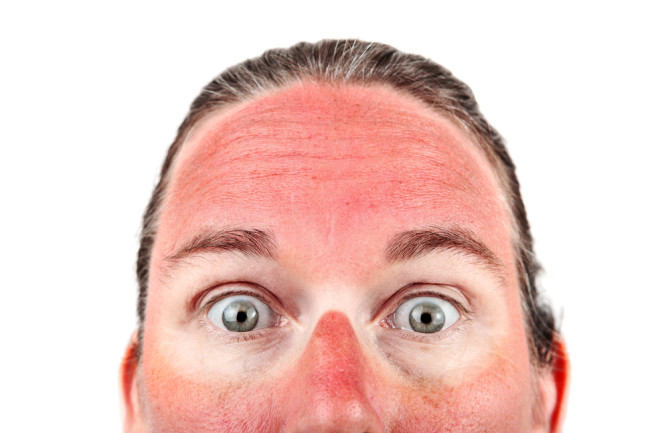 Ugh, another sunburn! (Credit: Shutterstock) Does your skin tend to tan after basking in the sun? If not, blame it, in part, on your genes. A new study, released Tuesday in Nature Communications, found 10 new pigmentation genes that may determine whether skin ends up tanning or just turning bright red from too much sunlight. These findings could also help pinpoint those likely to develop skin cancer, which is often tied to sun exposure. Skin cancer is the most common type of cancer in European populations and the U.S. In fact, one in five Americans will develop skin cancer during their lifetime, according to the American Academy of Dermatology.

Researchers at King's College London analyzed the genes of more than 170,000 individuals of European descent. Each person self-described whether they tend to burn or tan – answers ranged from always burn and never tan to always tan and never burn. Keep in mind that people can tan and burn at the same time. Based on participant responses, scientists were able to double the number of known genetic regions that impact whether skin bronzes in sunlight. Researchers suggest that changes in one genetic area already associated with melanoma, a serious type of skin cancer, could increase the risk of skin cancer because it limits a person's ability to tan. People with dark skin produce more melanin, a brown pigment that shields skin from harmful sun rays, than those with fair skin. When a person tans, their body produces more melanin, turning their skin darker to protect them from sun damage. These genes affect the bodies' ability to create melanin in response to sun exposure. It's important to note that the self-reporting method may be biased, but it does open up the opportunity for, at the very least, more studies. “Our findings provide a set of genes that now need to be further explored to understand their contribution to increased risk of skin cancer,” said Mario Falchi, lead author on the study, in a news release.