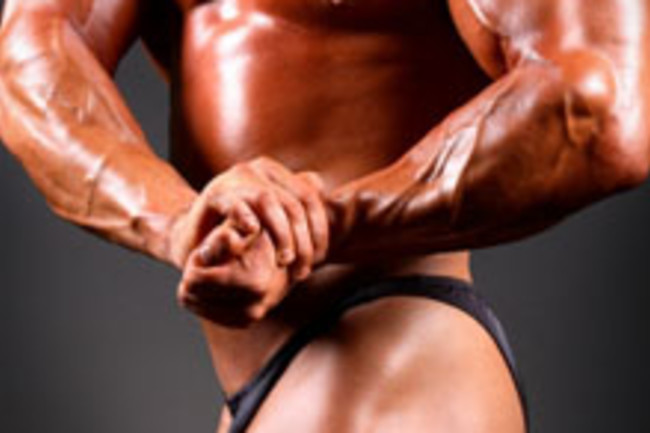 Here's some bad news for sports officials in Beijing—not to mention the entire world of professional sports: Certain people may be genetically immune to urine screenings for testosterone, one of the most popular illegal performance-enhancing drugs used by professional athletes. Jenny Jakobsson Schulze, a molecular geneticist at Karolinska University Hospital, gave urine tests to 55 men, each of whom had been injected with a single dose of testosterone. Nearly 70 percent, or 38 of the subjects, failed the test, but 17 passed with flying colors. While both groups of men had metabolized the hormone the same way, the clean-pissed 17 were missing both copies of a gene that causes testosterone to mix with glucuronide, a chemical that converts the hormone from an oil-soluble one into a water- (and pee-) soluble one. Scientists don't have a clue how the testosterone leaves these mutants' bodies—only that it does not exit through their pee, and thus would enable them to pass all of the most common tests for anabolic androgen steroids. There's no way of knowing if, or how many, athletes have accidentally discovered they possess a magical immunity to drug tests and thus proceeded to dope with impunity. One apparent solution would be to DNA test every athlete that competes; another would be to test for substances besides testosterone that indicate steroid use. Complicating matters even more is that the mutation isn't race-blind: According to earlier studies, more than two-thirds of Asian men are missing both copies of the gene, compared to 10 percent of Swedes. Which could give the Chinese Olympic team quite a homecourt advantage.