Genes Contribute to How Long You Stay in School 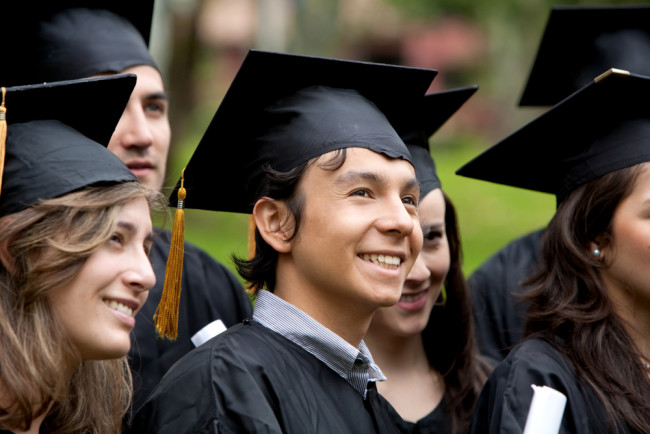 There are a variety of factors that determine the number of years a person goes to school – personality, finances, life circumstances, country of origin and social norms. One factor that may be less obvious, however, is genetics. Around 40 percent of the variance in educational attainment can be explained by a person’s DNA, according to previous research. Now a new study is the first to identify specific genes that influence educational achievement. This research falls under the category of social-science genetics, a topic that includes everything from genes for political affiliation to genes for criminality. Previous studies in the field, however, have found relatively weak associations between specific gene variants and behavior, since behavior is influenced by the accumulation of small effects from many genes. To counteract that problem, this study was especially large – 125,000 Caucasian people from the United States, Australia, and 13 European countries. Researchers took blood samples and asked participants how many years of schooling they’d completed and whether or not they’d graduated from college. The researchers converted the answers to an international educational standard to allow accurate comparisons between countries. Then, delving into subjects’ DNA, researchers found three mutations (called SNPs) at specific positions on the genome that were strongly associated with educational outcome – one that corresponded to years of schooling and two that corresponded to college completion. The mutations were found within genes believed to be associated with health, learning, memory and brain-cell mechanics, the researchers report

today in Science. Each mutation contributed only a small amount. In terms of the years of schooling, one copy of the SNP meant that an individual completed 1 month of additional schooling. (Each person can have up to two copies of an individual SNP, one from mom and one from dad.) For college completion, the most indicative SNP corresponded to a 1.8 percentage-point rise in the likelihood of graduating from college. If a person had two copies of this SNP, then, their likelihood would rise by 3.6 points. These are small effects but meaningful because they held up on such a large scale. The findings support the general consensus that our behavioral traits are influenced by a large number of genes, each of small effect. Overall, each SNP in this study altered educational attainment by only about 0.02%. In comparison, for a complex physical trait like human height, a single SNP can influence the outcome by 0.4%. Ongoing genetic research keeps reinforcing this idea that genes aren’t destiny – there’s no gene for graduating college. But it's good to keep in mind that genes are part of the list of contributors that make us who we are. Image by Andresr / Shutterstock