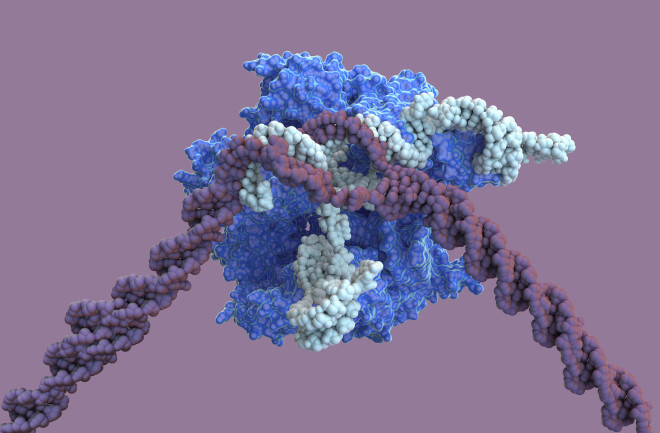 After years of ethical debates and breakthroughs in the lab, CRISPR has finally made its way to clinical trials. Researchers are now looking at whether the DNA-editing tool, as well as more conventional gene therapies, can effectively treat a wide array of heritable disorders and even cancers.

“There’s been a convergence of the science getting better, the manufacturing getting much better, and money being available for these kinds of studies,” says Cynthia Dunbar, a senior investigator at the National Heart, Lung, and Blood Institute. “It’s truly come of age.”

CRISPR — formally known as CRISPR-Cas9 — has been touted as an improvement over conventional gene therapy because of its potential precision. CRISPR (clustered regularly interspaced short palindromic repeats) is a genetic code that, contained in a strand of RNA and paired with the enzyme Cas9, acts like molecular scissors that can target and snip out specific genes. Add a template for a healthy gene, and CRISPR’s cut can allow the cell to replace a defective gene with a healthy one.

In April, scientists at the University of Pennsylvania announced they had begun using CRISPR for cancer treatments. The first two patients — one with multiple myeloma, the other with sarcoma — had cells from their immune systems removed. Researchers used CRISPR to genetically edit the cells in the lab, and then returned them back into their bodies.

On the other side of the country, Mark Walters, a blood and bone marrow transplant specialist at the University of California, San Francisco, Benioff Children’s Hospital in Oakland, is gearing up for trials that will use CRISPR to repair the defective gene that causes sickle cell disease. “With CRISPR, once you’ve made that type of correction, [that cell] is 100 percent healthy,” says Walters.

Another team is tackling the same disease using a type of hemoglobin, a protein in red blood cells, that’s normally made only in fetuses and newborn babies. Researchers found that some adults continue to produce these proteins throughout their lives, and when those adults also have sickle cell disease, their symptoms are mild. So the international team used CRISPR to disable the gene that interferes with production of this hemoglobin, resuming its production and protecting the adult patients against sickle cell disease.

Several other CRISPR studies are in the works to treat a range of inherited disorders, including hemophilia and SCID-X1 (also known as X-linked severe combined immunodeficiency, the so-called “bubble boy” disease in which babies are born without a functioning immune system).

The past year also saw success in a handful of experiments on conventional gene therapy. Instead of using CRISPR to repair disease-causing genes, these treatments use hollowed-out viruses to ferry healthy versions of genes into cells. Millions of these altered cells are released into the bloodstream or bone marrow in hopes that enough will land in the right places. But because scientists can’t predict where the circulating genes may end up, this shotgun approach has had unintended, sometimes fatal, consequences — including, in an earlier study, inadvertently activating leukemia-causing genes in patients treated for SCID-X1.

But in 2019, researchers learned that using a different type of virus — one related to HIV — to transport the genes may prevent these side effects. In an April study, researchers at St. Jude Children’s Research Hospital in Memphis, Tennessee, and UCSF Benioff Children’s Hospital in Oakland collected bone marrow from eight newborns with SCID-X1. They loaded corrective genes into the disabled HIV-related virus, which carried them into the patients’ bone marrow stem cells. The infants also received low doses of busulfan, a chemotherapy that gave the doctored stem cells room to grow. “So far, we haven’t seen anything worrisome,” says Ewelina Mamcarz, a pediatric oncologist at St. Jude who led the research team. The study recently added its 12th patient.

“Gene therapy does have its momentum [back],” says Mamcarz, reflecting on the field’s setback after the earlier study’s leukemia side effects. “There’s so much that still needs to be done, and so many questions,” she says. “[But] this is how medicine evolves. We always want to be better than we were a week ago.”

In the future, the hope is that gene therapy technologies will move beyond mending simple genetic mistakes and be used to combat big killers like diabetes or heart disease. “[Those diseases are] more challenging, but a lot of them would benefit from knocking out a bad gene,” says Dunbar.

For now, though, researchers are optimistic about the progress that’s already been made. “All of this has been very encouraging,” says Dunbar. “[And] for sickle cell in the U.S. and hemophilia in the developed world, these diseases may soon be solved.”

[This story originally appeared in print as "Gene Therapy Gets Clinical."]