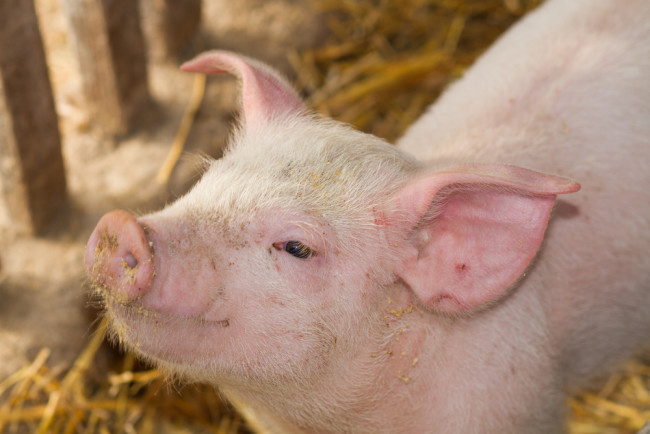 To address the limited supply of organs available to a growing list of patients awaiting transplants, we might have to look outside our species. Transplanting pig organs into humans, believe it or not, is one of the more promising options to address the dearth of organs available for those who need them. Pigs and humans share a number of physiological and anatomical similarities, but pigs also carry harmful viruses in their genome making pig-to-human transplants dangerous. Now, researchers say, they can simply remove the viruses native to pig cells, reviving the idea of xenotransplantation — using animal organs in humans.

Harvard University’s George Church is a pioneer of the new CRISPR-Cas9 gene editing technique, which harnesses an ancient defense deployed by bacteria to destroy the DNA of viral invaders. CRISPR works like a molecular scissors, and researchers can use this technique to excise unwanted parts of the genome with unprecedented precision and efficiency. Church was one of the first scientists to demonstrate that CRISPR could splice DNA into human cells, and his latest study, published in the journal Science, is another powerful demonstration of the gene-editing tool’s potential. Church and his team used CRISPR to simultaneously cut all 62 copies of porcine endogenous retroviruses (PERVs) that reside in multiple locations of the pig genome. PERVs can cause diseases when introduced to humans via an organ transplant, which is why whole pig organs cannot be used for medical procedures. Doctors do, however, already use heart valves stripped of all pig cells as replacements in their human patients.

Despite cutting pig DNA in 62 different places ­— the largest number of gene edits achieved at one time using CRISPR — the alterations didn’t appear to unexpectedly jumble other parts of the pig genome. Church’s team also tested their engineered pig cells on human kidney cells in the confines of a petri dish, and the engineered pig cells showed a 1,000-fold reduction in their ability to pass on PERVs to human cells. Church has founded a private company called eGenesis to further develop the technique, and according to a Nature report, his team has successfully created pig embryos with inactive PERV sequences, potentially paving the way for virus-free cloned pigs. However, it hasn’t yet been demonstrated if virus-free pig organs would be safe in humans. Still, the advance is a positive development for the more than 120,000 people in the United States awaiting a lifesaving organ transplant.