From Asthma to Suicidal Thoughts?

A healthy, stable woman with asthma suddenly finds herself considering suicide despite landing a dream job in a city she loves. What went wrong? 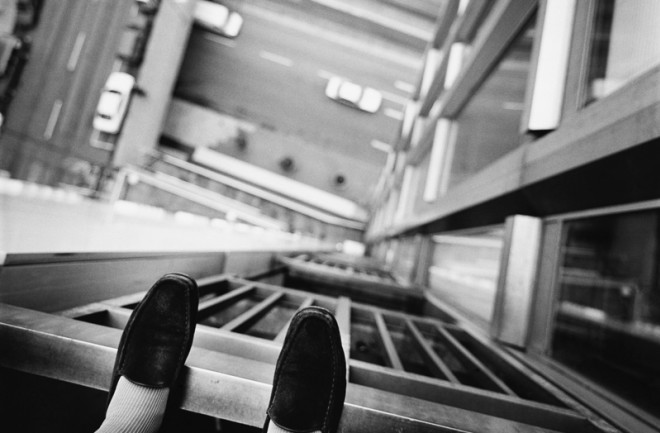 Sandra slid the heavy window open. Smog and car exhaust wafted into her high-rise apartment. The sounds of the city on this Sunday afternoon were jarring and loud — the rumble of a subway train, a car honking, bus brakes squealing. In her bare feet, the 28-year-old woman climbed up and eased herself onto the window ledge, her legs dangling. The experience was vivid: the cityscape all around her, the wind blowing her hair into her eyes, the building’s rough concrete scratching at her calves. Her heart beat faster as she watched the traffic far below, and she gathered up the strength to push off.

Thankfully, she didn’t jump. Instead, she was in my hospital’s emergency department an hour later. Sandra was sitting up on a stretcher, her legs crossed. She looked drawn and haggard, her hair an uncombed mess. I could tell she’d been crying and hadn’t slept much. After a few questions, she began to tell me her story. Several months earlier, Sandra landed her dream job in advertising and moved to the city from a small town. She was excited; things had been going well at work. Shortly after moving, she developed asthma, which is common among transplants to an urban environment with its poor air quality. Her physician tried treating her asthma with inhalers, but they weren’t effective. She was switched to an oral steroid, which made breathing much easier.

On Saturday morning, Sandra awakened to a sudden and overwhelming feeling of sadness and emptiness, as if she were covered with a heavy, dark blanket. She couldn’t think of anything that would cause this sudden change in mood; there were no troubles at her job or in her personal life. She had never felt this way before. As the morning and afternoon wore on, her depression deepened. Her phone rang several times, but she didn’t have the emotional strength to answer it. She sat on her couch that day with the lights off and the shades drawn, not eating or drinking, alternating between crying uncontrollably and sitting in a near-catatonic state.

Her heart beat faster as she watched the traffic far below, and she gathered up the strength to push off.

That evening, Sandra climbed into bed and spent a restless night staring at the ceiling. She gave up trying to sleep and migrated from her bed back to the couch. Her mood darkened even more as the sun rose. By midafternoon Sunday, still alone and spiraling down even further, she began to think of taking her life. The idea shocked her at first, but the more Sandra thought about it, the more intense and compelling it became, almost slyly appealing. Over the next few hours, the notion built until, finally, in the late afternoon, as if in a trance, she opened her window and eased herself onto the sill. After what seemed to her like hours but likely lasted only a few minutes, her thoughts cleared for a moment, and she was struck by the incredible image of herself sitting out on the window ledge over a long drop. In a panic, she pulled herself back into her apartment and called 911.

This story of a suicide attempt is unusual. Many suicide attempts are triggered by what you might expect — long-standing depression or mental illness, a bad breakup, loss of a job, bankruptcy. There was no clear trigger that Sandra could recall; it all happened so quickly. She said her mood in the previous days had been great, even somewhat euphoric. She attributed her positive mood to the easing of her asthma symptoms.

When a person talks about euphoria turning abruptly to sadness, it often leads to a diagnosis of bipolar disorder, commonly known as manic-depressive illness. Yet some things about Sandra’s story didn’t fit with that scenario. Her euphoria was mild, and she didn’t have the disorganized thoughts and behavior of a manic episode. She functioned well at work right up to the beginning of the depressive episode. She had no history of psychiatric disease. I wondered if she could have been experiencing hypomania — a less intense form of mania in which a person can still function at a high level — but I sensed something else was going on.

I asked if she took any medications. She said she didn’t. When I mentioned that she had told me about her asthma medication, she said she finished her pills a few days ago and was “done with it.” Asthma is a chronic condition, so this was an odd comment, especially from someone with a new diagnosis. A quick call to her pharmacy confirmed that her primary care physician had placed her on a high dose of an oral steroid for several weeks. And the pharmacist said she hadn’t picked up her second prescription: a tapering dose of the same steroid.

Corticosteroids, more commonly known as steroids, are powerful hormones produced by our adrenal glands. Physicians prescribe them for many different conditions, frequently to reduce inflammation, as was the case with Sandra to treat her asthma. Steroids have many physiological effects, including regulating the immune system and metabolism. When a person takes high-dose steroids, the adrenal glands’ function is suppressed. The body recognizes there are steroids in the bloodstream and responds by cutting back on (or altogether stopping) the production of its own steroids. On the other hand, if a person stops taking steroid medications, the adrenal glands will “wake up” and produce steroids again, but it takes time. Most high-dose steroid medications need to be tapered over weeks or months to give the adrenal glands time to recover.

Steroids also are widely known to alter mood and behavior. They can induce great happiness and severe depression, as well as psychosis and extreme anger. And yes, they can cause suicidal thoughts and suicide attempts.

Sandra had been on her steroid medication more than long enough to suppress her adrenal glands’ steroid production. The clear improvement in Sandra’s asthma and her mild euphoria were likely the result of those meds. But when she ran out of pills and stopped her medication without tapering off, the catastrophic drop in her blood steroid levels likely caused her sudden and severe depression. We restarted her on her steroid medication immediately.

When I visited her the following evening, it was like seeing a completely different person. The disheveled woman I had met was well-dressed and groomed and feeling much more like herself. All thoughts of suicide had vanished. Sandra was discharged the next day, after a slow steroid taper to allow her adrenal glands to restart on their own.

Sandra’s experience illustrates the powerful role medications can have on the brain and behavior. It also demonstrates how a superficial analysis of her symptoms could have sparked a misdiagnosis of a primary psychiatric disorder — and committed Sandra to a psychiatric hospital for weeks. Medicine is full of close calls, but Sandra’s was about as close as they come.

[This article originally appeared in print as "One Giant Leap."]