Freezing Your Head May Anger Your Wife 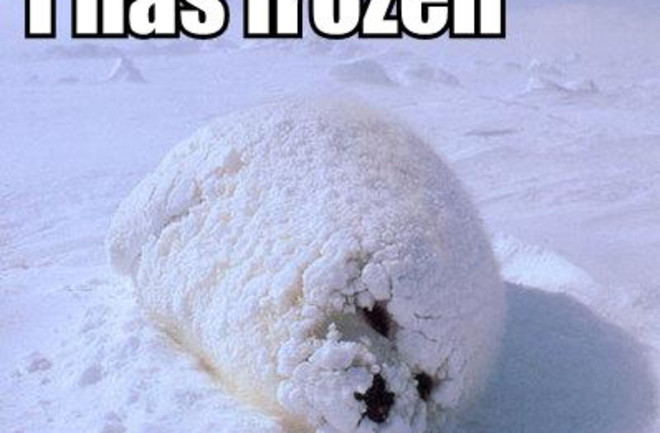 Considering cryonics? Before you sign up to freeze yourself -- or just your brain! the whole thing (you) might be overkill--after you die so that you can be unfrozen and then un-deadened in the future, you might want to consider your current relationships. As it turns out, a lot of those who plan to go into cryonic suspension when they are "deanimated" have trouble with their loved ones, primarily wives. In Kerry Howley's NYT Magazine piece "Until Cryonics Do We Part" about Robin Hanson, a George Mason University economics professor and forward thinker, and Peggy Jackson, a hospice worker and Hanson's wife, we get a glimpse of the tension wanting to live forever can cause. You see, Hanson wants to cryonically preserve his brain, and Jackson thinks that idea is a bit absurd. And she isn't the only one:

Among cryonicists, Peggy’s reaction might be referred to as an instance of the “hostile-wife phenomenon,” as discussed in a 2008 paper by Aschwin de Wolf, Chana de Wolf and Mike Federowicz.“From its inception in 1964,” they write, “cryonics has been known to frequently produce intense hostility from spouses who are not cryonicists.” ... Premonitions of this problem can be found in the deepest reaches of cryonicist history, starting with the prime mover. Robert Ettinger is the father of cryonics, his 1964 book, “The Prospect of Immortality,” its founding text. “This is not a hobby or conversation piece,” he wrote in 1968, adding, “it is the struggle for survival. Drive a used car if the cost of a new one interferes. Divorce your wife if she will not cooperate.”

Thankfully, Hanson and Jackson don't seem to be heeding Ettinger's advice. When asked to speculate why it might be that so many don't see cryonics as a good decision, Hanson described cryonics as analogous to a "a one-way ticket to a foreign land." I suppose that works, but let's flesh that analogy out a little bit more. Cryonics is like buying a ticket to a foreign land to which no one has been and may not even exist; in a vehicle that, if it stops working for just a couple of hours at any point on its indeterminately long journey, will kill (for real this time) everyone on board; all with the hopes that when you arrive the people of the foreign land will have the benevolence and the ability to not only bring you back to life, but also reverse the damage caused by rotting and freezing as well as the terminal issues that caused your death in the first place. Whew. Oh, and the ticket costs $100,000 and your current quality of life is reduced because you have to start paying for the ticket now. You know what? I can see how that might strain my current friendships and/or sanity. You guys go on with out me. I'm going to keep holding out for Aubrey de Grey and the SENS Foundation to keep me from dying in the first place. Come ooooon, resveratrol.