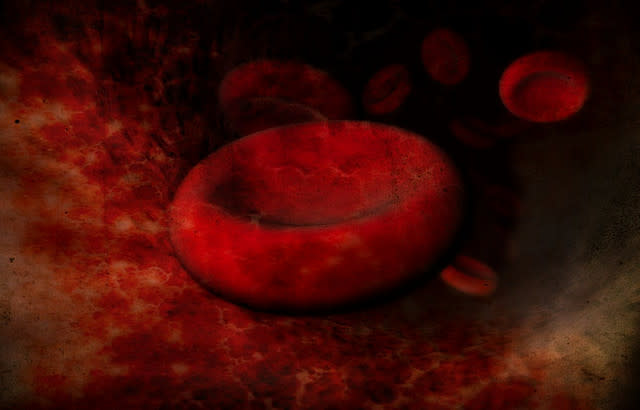 , a disease whose victims can suffer serious internal bleeding and may bleed to death from injuries, has a long and eventful history. Caused by defective blood clotting factors, the disease has been with us since at least the second century

, when a rabbi gave mothers whose first two sons had bled to death from circumcision wounds permission to leave the third sons uncircumcised. It also famously afflicted several members of European royal families

published in the New England Journal of Medicine brings us a bit closer to a new kind of historic event: a cure. Following up on years of preclinical trials, including the curing of hemophiliac mice earlier this year

treatment, injecting them with a specially built virus carrying a functioning version of the gene for the defective clotting factor. The virus inserted the gene into liver cells, which proceeded to manufacture the clotting factor, and the patients maintained elevated levels of it for over 6 months. Four of the patients were able to stop receiving injections of clotting factor (the current treatment) altogether. The scientists are monitoring patients for any signs of liver cancer caused by the virus inserting the gene in an inopportune location, a known risk in gene therapy, but thus far, there have been no signs of such complications. The next stage, a trial of 20 patients, will assess what dosage of virus is necessary to get enough liver cells making clotting factor that most (hopefully all) patients can stop receiving injections. There are still plenty of ways that the treatment could fail before reaching the clinic. But here's hoping that the results continue to be this promising.