Forensic Scientists Can Tell Your Age from a Drop of Blood 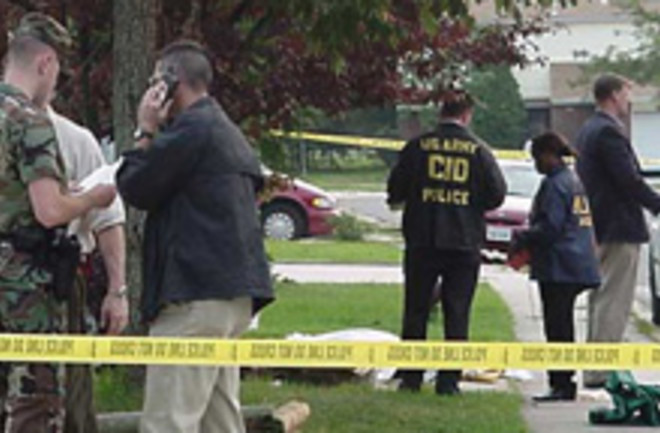 Forensic scientists of the future may soon have a new tool at their disposal. Given a drop of blood, researchers in the Netherlands have roughly determined the age of the person it came from. But for now, it really is rough--the researchers found they could only estimate a person's age to within 9 years. Currently, a crime scene investigator who obtained a spot of blood can check its DNA to see if it matches a known suspect or someone in a law enforcement database, and can use the DNA to determine a few other characteristics like gender and eye color. But age is tougher to estimate. Lead researcher Manfred Kayser, who works on forensic molecular biology at Erasmus University Medical Centre, explains that the best methods of determining age rely on testing bones or teeth, but he wanted to find a method that didn't require skeletal remains.

While scouring the scientific literature for a molecular signature of age present in blood, Kayser and his team realized that the organ that pumps out T cells, the thymus, is gradually replaced with fat tissue as people age. Previous research has shown that this process leaves behind genetic artefacts. [Nature News]

, published in Current Biology, the researchers examined the T-cells of 195 Dutch volunteers who ranged in age from a few weeks old to 80 years old. They found that they could reliably estimate a person's age to within 9 years not only in fresh blood samples, but also in samples that were a year and a half old.

Kayser doesn't expect that simply identifying a suspect's age, give or take a decade, will break open many cold cases. But the technique could be combined with other sources of evidence to rule suspects in or out. The approach could also help investigators to identify victims from disasters, he says. Field ecologists could adopt the technique to identify the ages of animals based on blood that they leave behind. [Nature News]

Related Content: 80beats: Going Direct: Researchers Change Skin Into Blood With No Stops in Between

80beats: A Blood Test for Concussions? Sounds Great, if It Really Works

80beats: Could Forensic Scientists ID You Based on Your “Bacterial Fingerprint”?

Discoblog: Does a 200-Year-Old Gourd Contain the Blood of a Beheaded King?