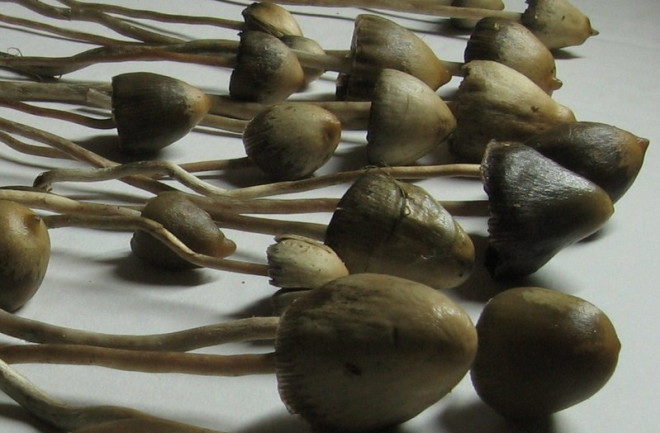 Two recent studies of psilocybin, the psychoactive compound in so-called magic mushrooms, contend that the chemical can act as a powerful remedy for cancer patients suffering from depression and anxiety.

The two studies, one from New York University and one from Johns Hopkins University, are the largest and most rigorous studies of psilocybin and depression in decades, and they report that the anti-depressant effects of the drug can last for months, offering relief to chronically ill patients for whom traditional treatments have failed to work.

The NYU study involved 29 people, and the Johns Hopkins study involved 51. Both gave controlled doses of psilocybin to patients with advanced-stage cancers who reported feelings of depression, anxiety and deep worries about the prospect of dying. The studies split participants into two groups — one that received a dose of the drug, and another that received a placebo or low dose of the drug. Seven weeks later, the groups swapped treatments, what’s called a “crossover study.”

Patients received psychiatric evaluations before, during and after the study, including a follow-up months later to ensure no adverse reactions had occurred. Throughout the trials, participants wrote about their experiences.

In both studies, up to 80 percent of the patients reported feeling less depressed, less anxious and more at ease with the prospect of dying — regardless of whether their diagnosis improved. In addition, they said that some measure of meaning had returned to their lives and they felt more optimistic. The effects persisted for at least seven weeks after taking the drug, and up to six months for some of the participants.

Cancer patients often suffer from depression as a consequence of their disease, and anti-depressants are the most common means of dealing with the symptoms. Such drugs can take months to cause meaningful changes, however, and may not always work. Additional studies have shown that depression negatively affects physical health, compounding an already severe situation.

No participants reported serious adverse effects as a result of psilocybin, and none of the side effects persisted once the drug had worn off. This agrees with previous studies of psilocybin over the past 20 years, say the authors of the NYU study

While their results, published in the Journal of Psychopharmacology, are compelling, the researchers warn against attempts to self-medicate with psychotropic drugs. Their experiments were conducted in a controlled setting with pure doses of psilocybin with additional counseling sessions to help patients navigate their experiences, which perhaps minimized the risk of a “bad trip.”

If anything, the experience sounded near sublime. The authors of the NYU study report that 70 percent of the participants ranked their psilocybin trip as one of the top 5 most meaningful experiences in their lives.

Psilocybin is known to promote feelings of connectedness and good will during use, and the mind-altering experiences can serve to change long-held convictions.  Anecdotal reports from study participants, as interviewed by The Atlantic and the New York Times, indicate that the visions they saw shifted their perceptions of disease and death in a way that left them less afraid to die.

“I have a feeling that I tapped into something bigger than me … It did feel like it was connecting me to the universe,” said Carol Vincent, a participant in the Johns Hopkins study, speaking to The Atlantic.

It was these sorts of powerful, surreal experiences that contributed to psilocybin and other drugs like it being banned in the late 1960s after a rash of largely unfounded reports emerged painting the drugs as highly dangerous. This led to their classification as a Schedule-I drug, the same class as heroin, and a complete halt to research.

Prior to the ban, hundreds of studies had been conducted on the potential medical benefits of psychedelic drugs, including their use in treating alcoholism, depression and obsessive compulsive disorder, among other things. For researchers to conduct similar studies now, it requires wading through reams of paperwork and jungles of red tape. As a result, studies have to be kept small, because obtaining the drugs necessary is difficult.

Still, in recent years, a number of small studies have come out examining the effects and benefits of psilocybin, LSD, ketamine and similar substances. A 2011 pilot study of cancer patients with anxiety paved the way for these most recent studies, and earlier this year, another study from the United Kingdom returned similarly positive results.

These latest studies were larger however, and add substantial weight to the argument that mind-altering drugs can prove effective if used correctly, as argued in an accompanying editorial by David Nutt, a professor of neuropsychopharmacology at University College London. It will likely be many years before any mind-altering drugs make their way into treatment regimes, though, as larger and better-funded studies still need to be done.

The mechanisms by which psychedelic mushrooms work their magic are poorly understood as well. Studies using fMRI have indicated that psilocybin acts on a serotonin receptor in the brain, and works to suppress connectivity. It has been theorized that the wild visions and feelings of connectedness that accompany a trip are the result of different regions of the brain temporarily ceasing to talk with each other, in effect altering how thoughts bounce around our brains.