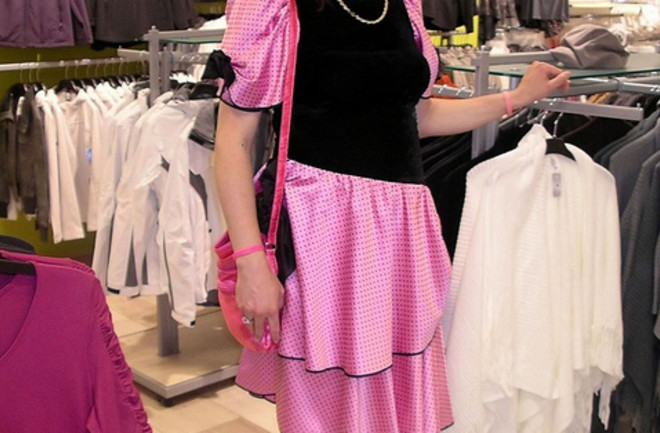 Photo: flickr/https://www.flickr.com/photos/paulasatijn/11365270723It's Black Friday! If you're not already in line at the store (and even if you are), here's a tip: to get better and faster service from salespeople, try dressing up. According to this study, fake shoppers wearing formal work clothes (skirt and blouse) got store employees' attention significantly faster than shoppers wearing "informal gym clothes." Even if it isn't terribly surprising, it's scientific proof that a little spiffing up can go a long way. Happy shopping!Customer service as a function of shopper’s attire. "A field experiment explored whether a female shopper's appearance would influence the customer service she received. Specifically, a female confederate dressed in formal work clothes (skirt and blouse) or informal gym clothes (tights and t-shirt) entered a series of randomly selected women's clothing stores in a large mall and proceeded to "shop." The amount of time that passed before an employee approached and acknowledged the confederate served as the dependent variable. As hypothesized, she was acknowledged significantly sooner when formally attired than when informally dressed. Thus, clothing, like other aspects of appearance, influences how people are evaluated and treated by others." Related content: NCBI ROFL: The effect of women's suggestive clothing on men's behavior and judgment: a field study.NCBI ROFL: Shopping cart etiquette triple feature.NCBI ROFL: "Say it…near the flower shop": further evidence of the effect of flowers on mating.