Flashback Friday: Why watching cooking shows could sabotage your diet. 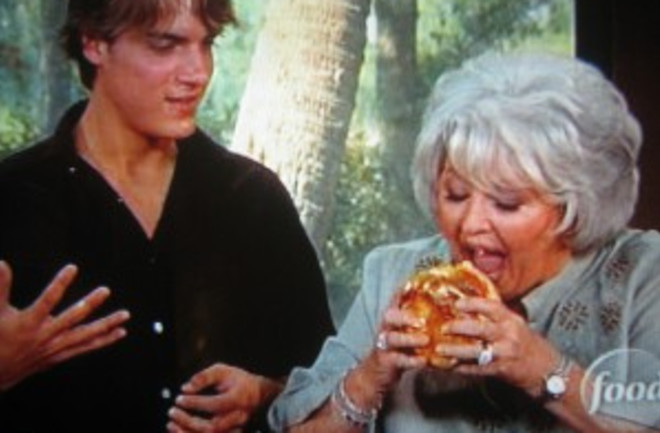 Photo: flickr/alex.linesWith their close-ups of food and attractive hosts, shows on the Food Network and other cooking channels have been likened to pornography - and some even have the music and camerawork to go along with it. But do these shows also resemble porn by making viewers want to participate in the action? Here, researchers tested whether watching "food-related content" on TV (in this case, an episode of SpongeBob SquarePants in which food was featured) made people eat more candy than watching "non-food-related content". They found that restrained eaters (i.e., those on a diet) did eat more while watching food-related TV than those who were not on a diet. But maybe the opposite is also true and we can undo it all by watching sports while on the treadmill.... PhD thesis, anyone?Watching food-related television increases caloric intake in restrained eaters. "While watching 30-min television (TV) programs that contained either food-related content or non-food-related content, participants were asked to eat two types of candy by explicitly being told that we were interested in how the TV program influenced their taste and therefore they needed to consume some of those candies. The results indicated that there was no overall difference in candy intake based on the TV content; however, the association was moderated by their restrained eating status. Restrained eaters ate more calories while watching a food-related TV program whereas unrestrained eaters were not influenced by the content of the TV program." Related content: Study proves drinking wine before a meal makes you eat 25% more.Want to eat less snack food? Use a red plate.Cheat on your diet…or you might cheat on your spouse instead.