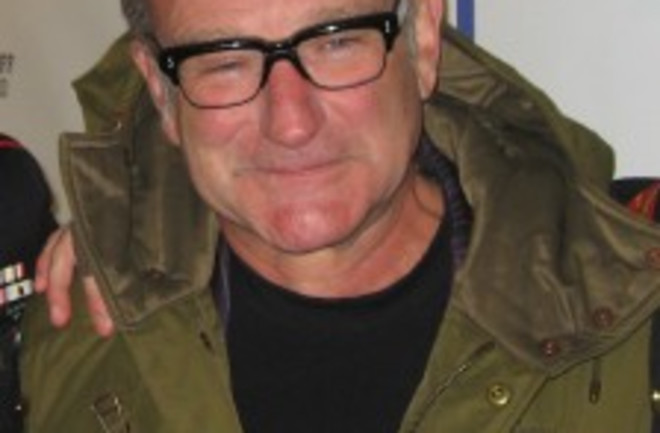 Photo: Wikimedia/John J. KruzelFrom Lenny Bruce to Robin Williams, many great comedians have suffered untimely deaths. But is this actually a hazard of the job? In this study, the authors investigated whether stand-up comedians were more likely to die young compared to comedic or dramatic actors, as well as whether funnier stand-up comedians were more prone to death than less funny comics. The answer to both questions was, unfortunately, yes. Talk about killing it onstage! (Clearly I'll be living for a long time.)Is the last “man” standing in comedy the least funny? A retrospective cohort study of elite stand-up comedians versus other entertainers "Background This study aimed to confirm, in a large, diverse cohort of elite Stand-up Comedians and other entertainers, that there is an inverse association between comedic ability and longevity. Methods This retrospective cohort study included 200 Stand-up Comedians (13% women), 113 Comedy Actors (17.5% women), and 184 Dramatic Actors (29.3% women) listed in the top 200 in each category in a popular online ranking website. Longevity within each group was examined adjusting for life expectancy by year of birth and within-group ranking score. Results Stand-up Comedians were younger than Comedy Actors (median birth year 1962 versus 1947: p < 0.001) and Dramatic Actors (1962 versus 1946: p < 0.001). Overall, 36/200 (18.0%), 33/114 (29.0%) and 56/184 (30.9%) of Stand-up Comedians, Comedy Actors and Dramatic Actors, respectively, had died (p = 0.011). There was a significant gradient (p = 0.011) in the age of death, with Stand-up Comedians dying at a younger age (67.1 ± 21.3 years) than their Comedy Actor (68.9 ± 15.4 years) and Dramatic Actor (70.7 ± 16.6 years) counterparts. Stand-up Comedians (38.9% versus 19.6%) were more likely to die prematurely compared to Dramatic Actors; p = 0.043, OR 1.98; 95% CI 1.01 to 3.87). Independent of year of birth, for Stand-up Comedians alone, higher comedy rank was associated with shorter longevity (hazard ratio 0.938, 95% CI 0.880 to 0.999 for a 10-rank difference; p = 0.045). Conclusions These data reaffirm an adverse relationship between comedic ability and longevity, with elite Stand-up Comedians more highly rated by the public more likely to die prematurely." Related content: Want to know how long you’ll live? Ask your friends!Want to live three years longer? Just win an Olympic medal.The higher the floor you live on, the less likely you are to survive a heart attack.