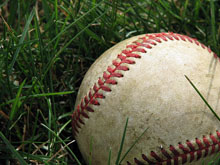 Earlier this week, this blogger's beloved Milwaukee Brewers fired their manager, Ned Yost, with less than a month remaining in a pennant race. It's pretty common in pro sports to cut the coach loose when things go south; it's easier than firing all the players. But a study out of Sweden says that frankly, it doesn't do any good. Leif Arnesson at Mid Sweden University led a team that studied the Swedish Elite Series of hockey all the way back to the 1975/76 season. Sweden's league is another bastion of mid-season coach firing—five were fired last season. But after studying the data, Arnesson says that firing the coach in mid-season has basically no effect: A good team is still a good team, and a bad team is still a bad team.Arnesson says the effect should be the same across all sports, but you'd have a tough time selling that to New York Mets fans, whose team posted a 34-35 record with their old manager this season, and much better since replacing him. Of course, it's possible that the Mets were always a good team, and their talent would've won brought them back into contention no matter what their managerial situation. In any case, if you really want the team to perform better, make sure their circadian rhythms are properly adjusted.