Fingerprints Change Over the Course of a Person's Life 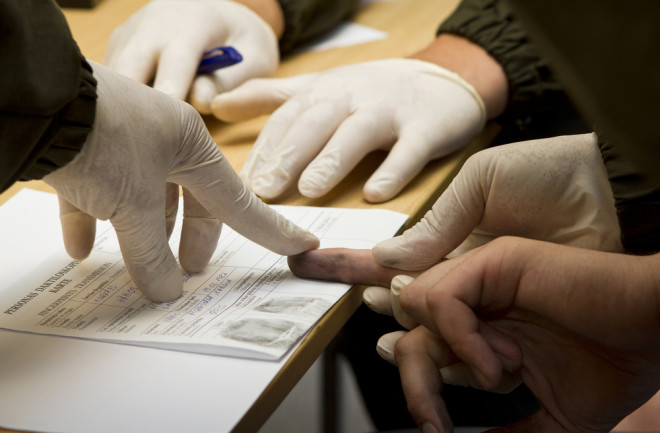 Fingerprints may not be the permanent biological signatures we’ve built them up to be.

Since the 1920s, fingerprints have been accepted as evidence in courtrooms due to their uniqueness and permanence. And their uniqueness has been scientifically validated. But what of their permanence? Do those ridges and swirls remain the same from birth to death? According to a new study, our fingerprints do slightly change as time progresses — which could have implications for everything from law enforcement to unlocking your iPhone.

Belief in the permanence of human fingerprints largely hinges on evidence gleaned from a handful of case studies. Soweon Yoon and Anil Jain wanted to provide deeper scientific context.

They began by examining 10-print fingerprint records generated from 15,500 repeat offenders in a Michigan State Police database. In case you aren’t familiar, 10-print records are created in a controlled setting by dipping all 10 fingers in ink, and rolling each finger onto a card. Each criminal included in the study had five or more of these records spanning five years to 12 years, which allowed researchers to examine changes in prints over time.

Researchers ran the prints through two off-the-shelf fingerprint matching machines, looking for two separate measures: how well the machines paired different prints from the same person (genuine match scores), and if they could differentiate one person’s prints from another (imposter scores). Then, to investigate what factors influenced the machines’ judgments, they created a statistical model to mimic the machines’ output. The model took into account time between prints, fingerprint image quality, and the subject’s age, sex and race.

It turns out that a person’s age and the time interval between prints significantly affected the machines’ accuracy. Genuine match scores, comparing two prints from the same person, decreased as the time gap between prints grew. In other words, your fingerprints don’t look the same to machines as they did 12 years ago.

However, at 12 years (the longest this study investigated), the error rate was still within the normal margins of error for such machines in real-life, unless one of the prints was of poor quality. And regardless of age or elapsed time, the machines didn’t confuse one person’s prints with another person’s — kind of a big deal if you’re standing trial. The study was published Monday in Proceedings of the National Academy of Sciences.

This study seems to indicate that, yes, our fingerprints do morph over time. But those slight changes aren’t enough to befuddle the machines in use today, for the most part. More research will need to be done to answer the question of how many years must elapse between prints for the machines to miss the match. For forensic scientists at least, the study is certainly food for thought.