You don't have to drink every day to have an Alcohol Use Disorder. Even moderate amounts of alcohol consumption impact brain wiring, dopamine and other neurotransmitters. 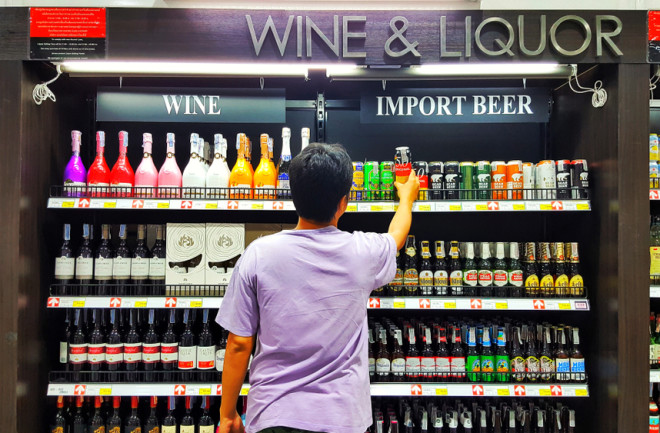 While the pandemic unfolded, many restaurants and bars took a nosedive, as the masses turned to their computers for virtual happy hours. But it wasn’t just the tech companies like Zoom that thrived. Alcohol sales from liquor stores and delivery services soared in 2020. Many states even loosened laws so that delivery drivers could haul hooch to their customers. Essentially, the extreme circumstances of 2020 didn’t inhibit our ability or tendency to reach for a drink.

All of that — combined with the “dry January” trend — makes it a good time to consider what defines an Alcohol Use Disorder (AUD). And more specifically, can you have an AUD if you don’t drink every day?

The answer is yes, absolutely, according to the experts and plenty of research. In fact, the diagnostic criteria for AUDs doesn’t explicitly refer to frequency or quantity of drinking at all. Rather, the disorder is defined by how drinking impacts your life.

Research shows that heavy drinking seems to have vast impacts on the brain, even in people who don’t partake daily. Over time, it causes changes in the way neurons all over the brain talk to each other using chemical messengers, or neurotransmitters. “There probably isn't a single neurotransmitter system that isn't affected in one way or another by alcohol,” says Jeffrey Weiner, a professor of physiology and pharmacology at Wake Forest School of Medicine.

Defining an Alcohol Use Disorder

An AUD is evaluated on a spectrum and can be diagnosed as mild, moderate or severe, based on answers to key questions. It considers things like: In the past year, have you ended up drinking more than you intended to? Has drinking — or being sick from drinking — interfered with school, work or other responsibilities?

The Diagnostic and Statistical Manual of Mental Disorders (DSM-5) lists 11 questions along these lines. If you answer yes to two or three questions, you would be diagnosed with a mild AUD. If you answer yes to six or more, your AUD would be considered severe. The differing levels of the disorder are based on years of continued research studying the relationship between the human brain and alcohol.

When You Take Your First Drink

Alcohol is biphasic, says Rajita Sinha, a professor of psychiatry and neuroscience at Yale School of Medicine. This means that at first, sipping some alcohol will make you feel stimulated and uninhibited, but as you consume a bit more, you’ll start to get sleepy. This distinction is important, explains Sinha: “We use [alcohol] because it changes our mood.” That curve — how much alcohol it takes for you to switch from uninhibited to sleepy — changes very quickly as you drink more often.

All addictive drugs and even many activities, like gambling and eating sweets, have one thing in common: They activate the dopamine reward circuit. This circuit consists of several areas of the brain that respond to a surge in the neurotransmitter dopamine and make us feel a need or desire to repeat the behaviors that caused the surge.

Weiner explains that reward circuit is a bit of a misnomer. In most cases, these neurons get a surge of dopamine when we perform an activity we find enjoyable or rewarding — anything from eating sugar to gambling — but their main function is making us feel the need to keep repeating behaviors over and over. And this effect can endure even when the activity is no longer pleasurable. As a result, the neurons can encourage someone to continue drinking heavily even if they’ve experienced negative consequences.

It doesn’t take long for a person to start drinking to avoid stress, says Natalie Zahr, an assistant professor at Stanford University who studies how alcohol affects the brain. Researchers have observed changes in the brain’s stress and reward systems even in teenagers who drink only on the weekends.

Sinha and her team have also seen chemical signs of this shift in heavy drinkers whom they chose to study specifically because they did not yet meet the diagnostic criteria for an AUD. In their study, participants were considered heavy drinkers if they had at least eight drinks a week (women) or 15 drinks a week (men) and reported sometimes drinking more than four drinks (women) or five drinks (men) in one sitting.

The study shows that the heavy drinkers had higher levels of cortisol — the stress hormone — than moderate drinkers. These individuals have cortisol “circling around a different baseline,” explains Sinha. Their cortisol levels remain elevated between drinking sessions, never lowering to the levels seen in moderate drinkers.

The heavy drinkers also reported experiencing higher levels of alcohol cravings. And while both heavy and moderate drinkers drank a bit more after being exposed to stress, the heavy drinkers increased their intake much more dramatically.

Can the Brain Reset?

There’s another particularly insidious difference in the brain of a heavy drinker. The prefrontal cortex — the part of the brain right behind the forehead that is responsible for logic, planning, and impulse control — is damaged. “We think this gives rise to a lot of the behavioral symptoms associated with AUD,” Weiner says.

Zahr adds that disruption to the frontal systems makes it harder to quit drinking because this area of the brain is required to help people decide not to have a drink based on the potential risks of doing so.

Weiner says that dysfunction of the prefrontal cortex isn’t exclusive to AUDs. It’s common in other neuropsychiatric disorders like PTSD and anxiety. It also appears that a weakened prefrontal cortex makes people more prone to develop an AUD. “We study people who have anxiety disorders and having an anxiety disorder will definitely increase your vulnerability to developing an AUD.”

While there are some options to help people with AUDs manage or stop drinking, all three experts believe there’s room for improvement. Some people find success with Alcoholics Anonymous or cognitive behavioral therapy. There are drugs designed to act on some of these disruptions in the brain, but scientists are still searching for better tools, ranging from therapy and pharmaceuticals to deep brain stimulation or transcranial magnetic stimulation, which they hope can help restore balance in the brains of patients with AUDs. The biggest issue, however, is that less than 10 percent of those with an AUD receive any kind of treatment at all.

For those who can, Sinha says, just taking a break from drinking — like participating in dry-month challenges — may help. In a study her team published last year, the longer an individual went without drinking any alcohol, the fewer heavy drinking days they had once they started imbibing again. “What we found is that under normal circumstances, for people who abstain for a good period of time — a month or two months — they certainly bring back the functioning of some of these circuits,” Sinha says.